DoC's Threatened Species Ambassador, Nicola Toki tells us about this species of beetle in the family Cerambycidae. the Pitt Island Longhorn Beetle.

It was originally thought to be extinct in 1986, but was found again in the Chatham Islands in 1996 therefore now considered a Lazarus taxon (a species that disappears from the fossil records only to reappear later.

it is also flightless, its wings have diminished, due to the lack of predators before humans arrived in New Zealand. This means that it is vulnerable and therefore only found on islands. 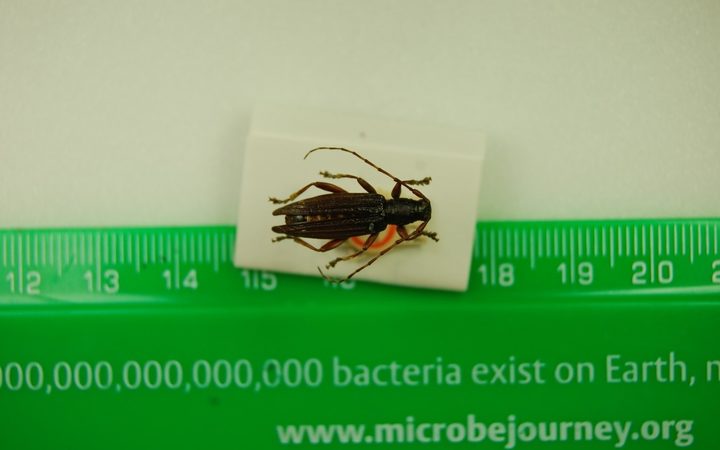