What lies beneath: the art, people, and emotion of the underground

Will Hunt has been obsessed with underground spaces since he was a teenager. He’s explored derelict subway stations, magnificent caves, and ancient underground cities. 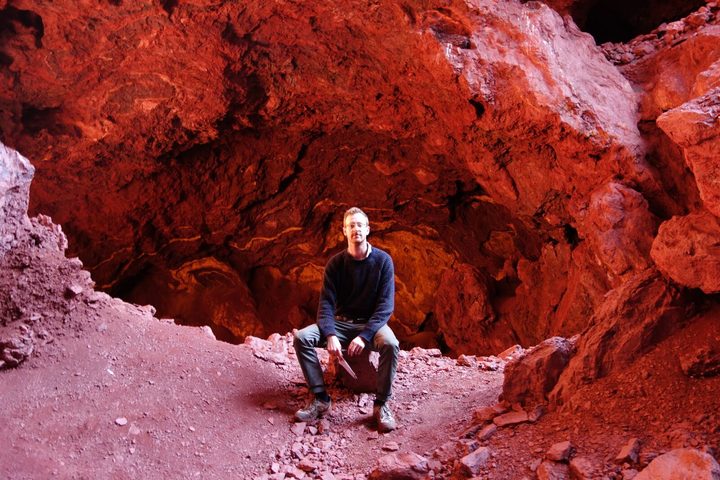 Will Hunt in the entrance of Wilgie Mia Mine in Western Australia. Photo: Supplied/willhunt.net

The mysterious subterranean world is life-long passion for him, a portal to another dimension which led to his book Underground: A Human History Of The Worlds Beneath Our Feet.

That fascination with the hidden world below us, the book says, goes back centuries.

Hunt tells Jesse Mulligan his obsession with the underground began when he was 16-years-old and discovered an abandoned railroad tunnel that run almost directly beneath his house in Providence, Rhode Island.

“It totally threw me for a loop. It was this big, mysterious, spooky space directly beneath the most familiar territory you can imagine, and it changed the way I thought about the world and about the landscapes I moved through.

“I was not an adventurous kid, this wasn’t the kind of thing I was normally into. It was very eye-opening. Those trips into the tunnel were in a lot of ways the first courageous thing I ever did.”

Hunt says he wasn’t the first to discover the abandoned tunnel. There was evidence all over the place of other people, including artists who had done makeshift installations.

“One of my first trips down the tunnel was right after a large rainstorm. I entered the tunnel and started hearing this big echo from the darkness ahead. There was a deluge water coming down from the ceiling and someone had arranged this massive drum set of buckets beneath the falling water and the water would create this big echoing drumming effect that filled the tunnel with sound and that totally floored me."

He believes that the attraction to subterranean spaces comes from the fact that it’s completely separate to our lives above ground.

“When our ancestors were going into the caves they were entering pitch darkness, discovering these massive strange stalagmites, it looked completely alien, they were hearing echoes that didn’t exist on the surface. Everything about this environment is other-worldly.”

Years after his teenage explorations, Hunt was living in New York City where he found a whole tribe of tunnel enthusiasts called the Urban Explorers and his excitement about the underground was renewed. His first guide was a man called Steve Duncan who Hunt describes as the lord of Urban Explorers in the city.

“He’s someone who just knows the city more intimately than anyone. To walk through a city like New York with an urban explorer is to have x-ray vision. They see the landscape of the city completely different than anyone. Where most people see solid lines, they are peering through the streets and finding these cat’s cradle infrastructure and pipes and tunnels.”

Exploring the New York tunnels is not without its perils, however. Hunt admits there are plenty of speeding trains and rats to watch out for. If that’s not enough, exploring the tunnels can also get you one the wrong side of the law.

“There are places where the police department in New York would really rather people did not go. I’ve been caught a few times. It’s not terrifying, they don’t get too freaked out by it, but they’re not happy.”

It’s nothing compared to the sudden need to evade a speeding train. Hunt says you can feel a train’s approach in your feet first and there’s not much time to decide about where to go.

“From a sensory experience, it’s very intense. These trains are hurtling through a tight tunnel, they create a major racket, a big wind, you’re seeing this bright flashing light. It can leave you stunned for a moment, that’s for sure.”

Hunt also had the opportunity to meet the mole people – otherwise homeless people who have built communities beneath the subway systems in New York.

A diary entry from Revs in the NYC subway system. Photo: Screengrab

“In the 1980s and 90s there were hundreds of people living underground. Today there are fewer, but if you look in some of the more hidden nooks of the city, you will find what look like small apartments – little dwellings and shanties where people have set up beds and they have little lives. It’s very surreal to come across, but it’s a fact of the underground.”

Hunt and his crew also found graffiti and artworks in hard-to-reach places in the underground, including a series of mysterious diary entries from an enigmatic artist called Revs.

“He was sort of my first underground love. I became totally infatuated with his work.”

“I remain a proponent. I think that the sewers can be just as beautiful as any space.

“I remember going down into a sewer with Steve Duncan and it was one of these moments where we dropped through the manhole in the street and plopped down the sewer which, at first brush, felt kind of repulsive in the way that you might expect. There were strands of bacteria hanging from the ceiling that we call snotsicles.

“But as we were moving up this sewer, Steve mentioned that there was this stream mixing with the flow of the wastewater that was an ancient stream that once flowed through the surface of the city. It was sort of a beautiful encounter, to come in contact with this old waterway that used to be part of the landscape of the city and is now hidden.”

London also has mole people living beneath the city including the well-known Moleman of Hackney, William Lyttle, a retired engineer who in the 1960s set-out to dig a wine cellar in his home who Hunt has a particular fascination with.

“As the story goes, he spent a few hours hollowing out a space to store his wine, but he found that he couldn’t stop. Something inside of him snapped and he just kept digging and for forty years he didn’t stop digging.”

Lyttle ended up digging a massive labyrinth of tunnels beneath his home in Hackney. Neighbours would say they could hear him scratching away under their gardens at night as he expanded the network.

“No one really knew what it looked like or what it was for until, in 2006, the street in front of his home collapsed. Suddenly the city became aware that there was this enormous honeycomb under his home.”

Lyttle became a folk hero, appearing in newspapers and visited by people around England.

“In all these interviews, he couldn’t really give an explanation as to why he loved to dig. I loved the way it felt like a manifestation of some sort of unconscious impulse. Like this was satisfying something that was itching at the bottom of his mind. I loved that.” 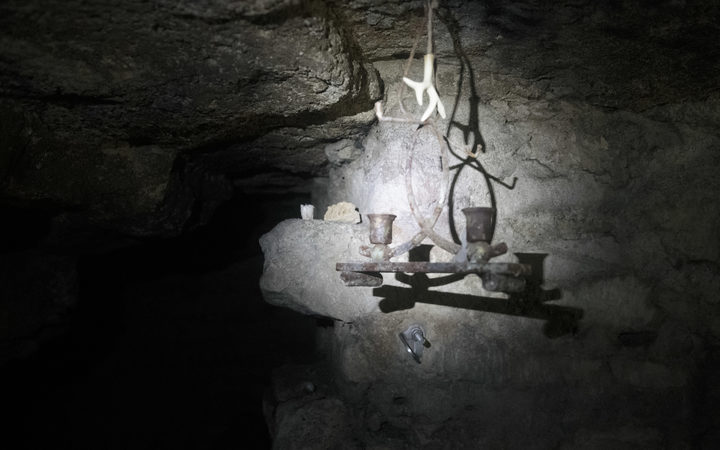 A room decorated by cataphiles in the banned catacombs of Paris. Photo: AFP

Hunt once spent 38 hours underground in Paris and says what’s beneath the city is more magnificent than what’s above.

“I know that sounds crazy but there is a network of catacombs beneath the streets of Paris that sprawls for 200 miles. The people who roam the catacombs are known as cataphiles. They have constructed what amounts to a parallel city beneath Paris. It’s just the most astonishing collection of spaces anyone could ever hope to see.”

“They have incredible sculptures and amazing paintings on the walls of these large chambers. They host parties down there. It’s a really special place.”

He admits he can’t back it up with science, but Hunt says emotions feel intensified in underground spaces.

“Just from a sensory perspective, when you are deep in a cave or the folds of a catacomb, you’re feeling things you don’t feel above ground. Your entire sensory apparatus is on high alert.”

He says he had an experience while crawling through a cave in the south west of France where he caught site of an ancient sculpture of two bisons, probably from the Ice Age. He says that when he saw the work, he burst into tears.

“I think it was so moving because of the environment. If I’d seen that same artwork above ground on the top of a hill I don’t know that I would’ve had that same intense reaction. But hidden deep underground in this kind of dangerous space where my whole body is bristling, and my nerves are awake and blooming, it’s so powerful.”

Recent work in microbiology has speculated that life first formed beneath the earth rather than on the surface, and it’s a hypothesis which Hunt finds poignant.

“I love that theory because it’s something that we see in mythological traditions all over the world but it also just feels right. We all originate in our mother’s wombs, in dark cave areas, and come to the world through a tunnel into light.”

“For me, this theory taps into this kind of primal truth about the earth.”