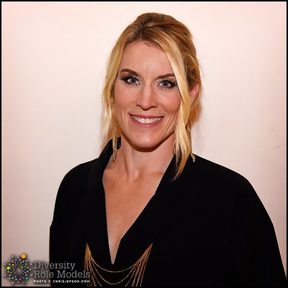 Our Bookmarks guest is a former schoolteacher who found herself walking  the corridors of power. As the founder of the anti-bullying charity Diversity Role Models, Suran Dickson was often named as one of the most influential LGBT people in Britain, and addressed audiences at the likes of Google, Goldman Sachs and MI6.

She returned home to New Zealand three years ago. Her  and her work now revolves around talking to businesses and public organisations about leadership and inclusion.

Books: Triumphs of Experience: The Men of the Harvard Grant Study, by George Vaillant
The Biology of Belief by Bruce Lipton
What The Fat by Grant Schofield and others
A Little Life by Hanya Yanagihara

Songs: I'd Really Love to See You Tonight by England Dan and John Ford Coley
Whispering Your Name by Alison Moyet
Lay it On Me by Vance Joy

Films: Being John Malkovich
Before Sunrise