George Blair-West: a relationship guru on romance and divorce

Divorce is one of the most distressing experiences we can have as human beings, and yet we know very little about why it happens and how to prevent it.

Dr George Blair-West is a medical doctor who works in psychiatry and says he sees so much pain and suffering in his patients who have endured break ups. 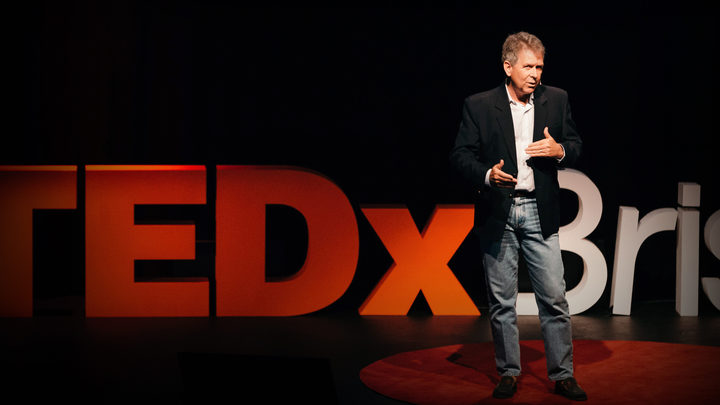 “We have prevention programmes for all sorts of conditions, from heart disease and melanoma and anti-smoking and diabetes but this condition in some countries affects 50 percent or more of the population.”

West has made a study of how we choose our partners, looking for red flags early on, and the growing that relationship as it matures – because a broken relationship is traumatic, especially so when children are involved.

“If we don’t have children, recovering from a divorce is probably not terribly different from recovering from a broken relationship that we’ve all had, but the moment you bring children into play everything gets amplified dramatically “

“Children keep people who are divorced unable to make a clean break and fully move on.

“Typically, we allow a year to 18 months for people to get over an uncomplicated divorce, but if there are children we’re probably talking several years.”

The idea of a “love marriage” is relatively new, he says.

“Love marriage is something that, as a species, we’re actually not very good at, they’ve only been around about 200 years.

“It was only with the industrial revolution that men were able to have enough finances to set themselves up with a partner without having to get parental approval and financial support.”

And over those 200 years, we’ve made a pretty bad job of it, Blair-West says.

We got quite a bit of it wrong, he says.

Low divorce rates among the baby boomers and preceding generations papered over many marital cracks, he says.

“It looked like these guys had It worked out, but if you look more closely, we know that the quality of those relationships weren’t very good.

“A lot of women in the ‘50s and ‘60s were addicted to barbiturates and later Valium, as they were living in this world where they had to serve a partner and weren’t given the opportunity to pursue their own meaning and purpose.”

Then came the no-fault divorce in the late 1960s and the truth was revealed, he says.

“That was the beginning of the whole arrangement being shown up for what it was because divorce rates just accelerated as we saw that bottled up unhappiness unleashed.”

Two generations on, with Gen X straddling the fence on the idea of “romantic destiny”, Blair-West says millennials are much more clear-eyed about marriage and relationships.

Romantic destiny is the notion that we stumble across the one who is right for us, he says.

“It is our millennials now, who are two generations in to a divorce-ready culture, and they don’t buy romantic destiny to anywhere near the extent of previous generations.”

But because millennials struggle, he says, with building verbal intimacy and connecting face-to-face they are psycho-sexually delayed.

Not necessarily a bad thing according to West, as they marry later – which is a good thing.

“If you look at divorce rates and divide it up by age at marriage, one of the biggest single predictors of a very high divorce rate is it almost correlates directly to the age you were when you got married.

“If you’re getting married in your early 30s we’re probably looking at around half the divorce rate of people who got married in their early 20s.”

So once married, what are the things that keep people together? There has to be a balance of power, Blair-West says.

“This comes from the research of John Gottman which shows 80 percent of marriages will fail if power sharing isn’t sorted and there’s a big imbalance.”

“[He found] healthy couples have quite a lot of negative interaction, not numerically much less than couples who are in trouble, the big difference however is how much positive interaction they have, they are much better at what we call ‘repair attempts’, they come together more quickly after conflict and they don’t take it as seriously, they don’t let it get out of hand.”

Sharing in the big decisions is a common trait healthy couples have, West says.

“Couples who don’t negotiate with each other and consider each other’s feeling have a much higher divorce rate.”

When this doesn’t happen, the men are generally to blame, he says, because men are less skilled at listening and engaging.

“If you don’t do that, well you’ve got a time bomb that's ticking away until that woman says; ‘I’ve had enough of this’.”

The true relationship starts when the chemicals have stopped fizzing, he says. This is where strong couples grow.

“When the honeymoon is over, that’s when the relationship really starts.”

He says it’s about bringing your baggage (and we all have it) to a relationship and being loved despite this.

“The Greeks had a lovely way of putting this, they said; ‘getting married was all about finding somebody who would highlight your short comings and teach you how to become a better person’ and that’s really confronting for most of us!

“If we had that expectation from the outset I think we’d have relationships that grew and evolved a lot more than they often do.”

And as we move into the latter stages of our relationships, an absolute deal-breaker is the feeling our partner doesn’t “have our back,” he says.

"Couples in the golden years will forgive their partners for everything, including their affairs - they will, they’ll get over it because they’re facing their golden years and they’re old age together.

“But if their partner doesn’t have their back, one or other of them does the calculation, hang on as I get older they’re not going to look after me and I’ll have to look after them - I might be better off on my own.”

For more information from Dr Blair-West on this topic you can go to http://www.biggestdecisionofyourlife.com/