Chinese table manners, and how they can enhance your business

Table etiquette is very important in Chinese culture, but it's something that's not often talked about.

Designer Alena Woo has written a short guide to Chinese table etiquette, providing a gateway for New Zealanders to understand how to act and behave when they're breaking bread with Chinese friends or partners. 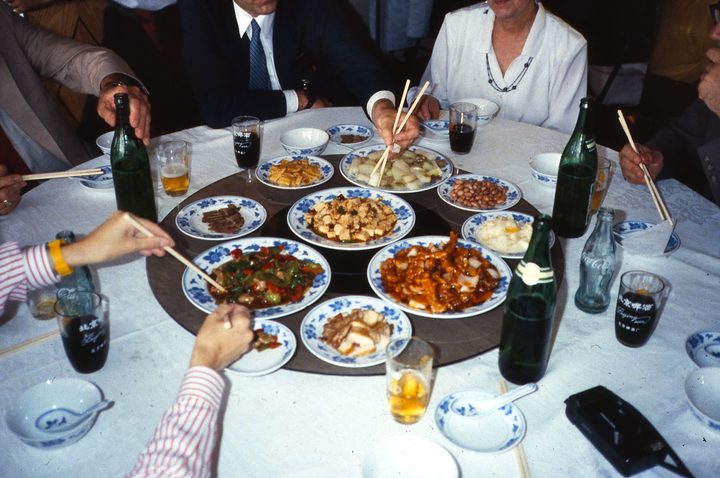 She tells Afternoons' Jesse Mulligan she worked on the project as part of her bachelor of visual communication and design.

"We were given this challenge to come up with a year-long project, so for me I felt like talking about table manners which is something that we generally don’t talk about unless we are growing up in that culture and learning from our parents.

"I thought it might be quite interesting to share my experiences living in both a Chinese and New Zealand context."

She says there’s quite a lot of differences between New Zealand’s table culture and that of China.

"Just in the same way that we would have with forks and plates and things like that there’s quite a lot of things you should or shouldn’t  do ... the implements we use are entirely different so that’s another barrier.”

The New Zealand China Friendship Society gave her a grant to go to Shanghai and learn more.

:From there it was about business culture and food, because in New Zealand's that's something we don’t really have, we don’t have this ‘if i’m doing business with someone let’s go out for lunch and let’s talk business but also maybe get to know each other a little bit better'."

She warns there’s also regional differences to be aware of.

"I know there’s kind of this misconception that Chinese business, you drink a lot.

"What I was looking into was kind of the manifestation of table manners and etiquette around food in Shanghai … the further north you get the stronger the drinking culture is when doing business.

"In Shanghai, I was surprised to find out that it’s kind of non-existent. There’s no expectation." 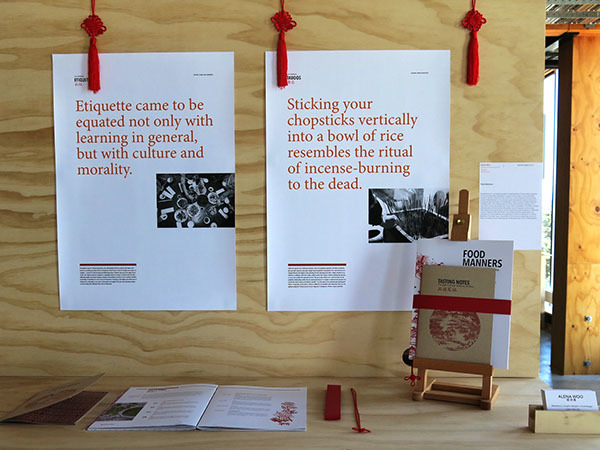 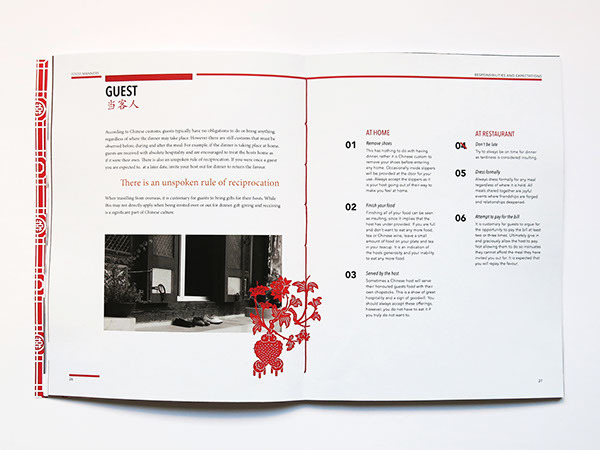 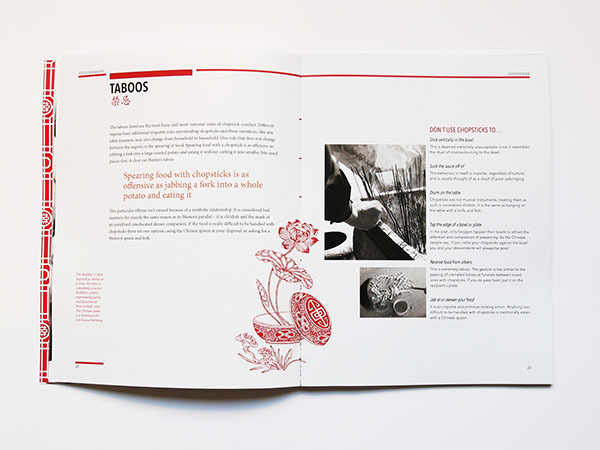 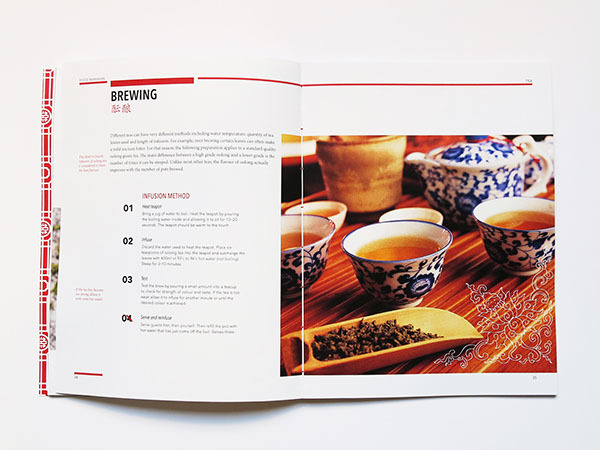 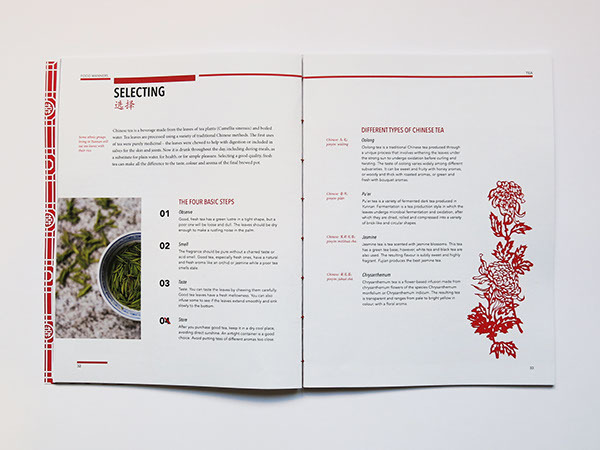 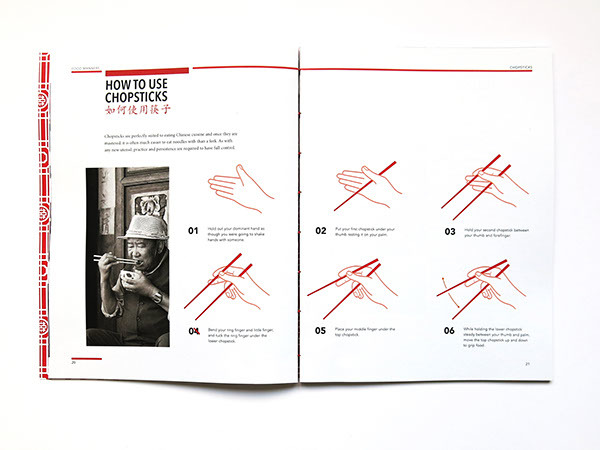 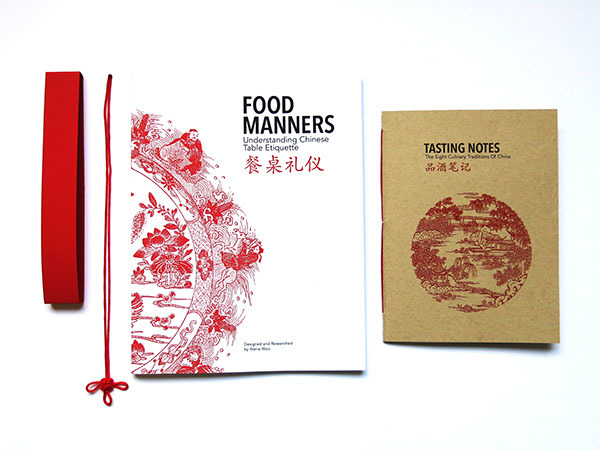 "If you’re the guest of honour you might be asked to sit to the left or right of the host and that’s … they’re showing you respect and showing you you’re really important. From what I understand there’s a bit of pre-negotiation where they might let you know where you’re expected to sit beforehand."

"I guess, using a Māori word, there’s quite a lot of mana in chopsticks - and they’re really important implements that have a whole set of rules around them and a whole set of things that they represent if you do something in  a certain way.

"The classic: chopsticks are not drumsticks. I mean, we don’t play with our knives and forks in the same way … it’s like ‘don’t play with your knife and fork’. 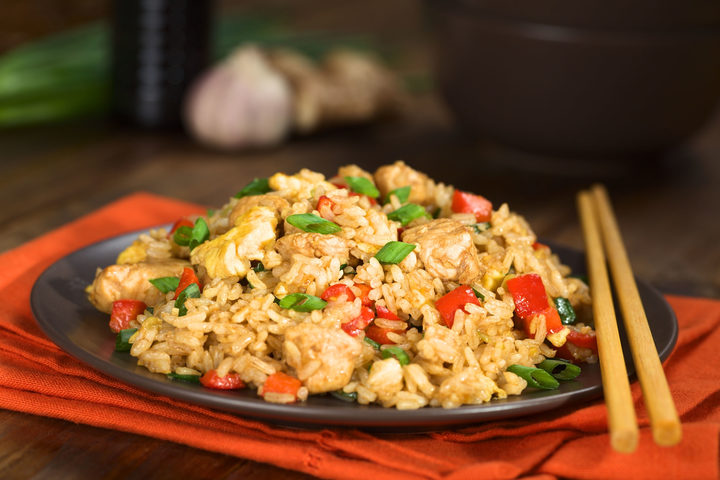 "Taking your chopsticks and sticking them into the top of the rice bowl … looks a lot like [placing incense] when you go to a temple and pray when people have passed away, so it’s a reminder of death that’s not very welcome at the dinner table.

Be open to learning

“One of the things that I really learnt when I went to Shanghai and I talked with a number of people is that you’re not really expected to know everything; all the rules.

“Really it’s about approaching it with sincerity and an open mind. If you get a sense that … your host is feeling uncomfortable from something that you’re doing there’s an opportunity for you to later on to figure out, talk about what that is.

“Like any taboo it’s really hard to talk about when it’s happening or to try and call it out.

You can read the whole guide in PDF form here: