Your Money with Mary Holm: Five questions from listeners

In Mary's last segment with Jesse, she asked listeners to send in questions. The best five questions are answered in this segment, with questioners each winning a copy of Mary's new book, Rich Enough? A Laid-back Guide for Every Kiwi. 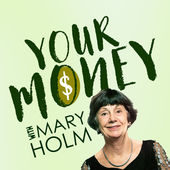 "We’ve got five questions I’ve chosen that I just thought were interesting and possibly helpful to other listeners as well," Mary says.

"Maybe in the first session [next year] or possibly two, we might do some of the other questions that people sent in because they were excellent."

Mary’s segment on Jesse Mulligan’s Afternoons show will be moving to a different time next year: 3.10pm on Thursdays from 24 January 2019. It is also a podcast, Your Money with Mary Holm, and available to listen and subscribe for free on the RNZ app, via Apple podcasts, Spotify, or Podbean.

Is buying a home out of reach for 30-somethings? 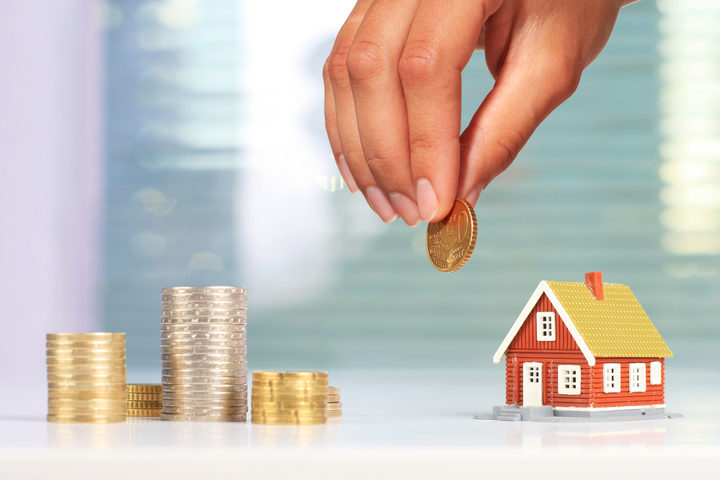 What's the clever move to make with your mortgage? Photo: fantasista/123RF

Amanda writes: Approaching our mid-30s, my husband is halfway through his journey to becoming a secondary school teacher and I've been working full time since I completed my Masters 8 years ago. I also work in Education and we are both satisfied working in jobs where ultimately we have the privilege to support families and children learn and grow, but it's difficult living in a house of six flat mates (who are also all trying their best financially ... why else would you want to live in a house of six?!) when you always thought by 30 you'd have a small house (at least) and be in a financial situation to start having a family. We are reasonably sensible without any big debts (except student loans). It's easy to get overwhelmed and panic and spend that extra cash now and then, because that house seems ridiculously out of reach!​

"I have sympathy with her and good on Amanda for living in a house with six flatmates," Mary says, "that’s certainly one way people can cope in this tough housing environment and save a bit of money - although I hope there’s more than one bathroom.

"When she says it’s easy to panic and spend the extra cash every now and then, don’t be too hard on yourself as long as your not doing that too often. Life’s for living in the meantime as well, and some people get too strict about their saving.

"Having said that, it really would be a good idea for them to keep saving.

"Average [NZ] house prices generally in history have been two to three times average incomes and currently in New Zealand it’s more than six times and in Auckland it’s been up as much as nine. When you look at those numbers, they’ve got to come back down again."

Mary says her book explains a bit about how people can do quite well for themselves without aiming to buy a home.

"As long as you save a big bulk lump sum of money to get to retirement with to cover your accommodation ... you want to be saving more than your friends who’ve got a house.

"You can at that point perhaps buy a house, or keep renting for the rest of your life: there’s nothing inherently wrong with that."

Indeed, Mary notes that there are certain benefits to renting, rather than owning.

"Not having to worry about maintenance; it’s easier to live downtown … and that can be good for young professional couples; it’s much easier to move if you’re going overseas or whatever - you can just bail out and move.

"I encourage people to don’t give up, set yourself some pretty tight savings goals, but don’t necessarily buy at the moment. Perhaps sit round and see what happens to the housing market."

Getting value from your home in retirement 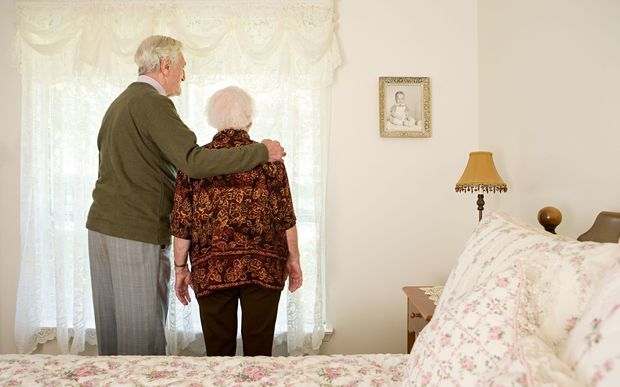 John writes: We want equity release on our house worth $200,000. Heartland, SBS etc have higher minimum house valuations than that so we can't get a reverse mortgage, but a reverse mortgage is surely is not the only way to release equity. Can you discuss other ways to do this? We are late-60s, childless, few remaining assets, wanting to use this money. Should we sell and rent?

Mary says her book goes into considerable depth on ways to make use of the fact your house is worth a lot of money.

"Here's John and his partner who’ve got a house worth $200,000 ... they’re finding that they can’t go and get a reverse mortgage ... in any case they tend to only give you a small proportion of the value of your house.

"They must be in a smaller town or something with a house of that value ... in their case if they’re selling and getting $200,000 for their house they’ve got to cover their rent for the rest of their lives. Maybe in the town they’re living in rents are very cheap as well, but you’ve got to weigh that up of course: assume that you might be living in it another 20 or possibly 30 years.

"Take in boarders or flatmates, that’s another way of making use of the equity in your house, especially if you live near a university or something like that.

"Subdividing can work for some people - obviously it depends if you’ve got a big enough section and if the local authorities will let you, but certainly local governments are much more amenable to that than they used to be.

"Then there’s rates postponement which is something John might not know about … with many of the local authorities you can put off paying your rates until you sell the house or die which could be many years down the track.

"They in effect lend you your rates in the meantime, and they do charge interest on that money so it does compound but it’s at a fairly low interest rate the councils tend to do it.

"I also would suggest that if they really are keen on a reverse mortgage they could approach the lenders - not only Heartland and SBS but their own bank - and just ask them because sometimes the bank, while they don’t offer that product to everybody, might to a particular customer. Worth pursuing all those options."

Which debt to pay off first? 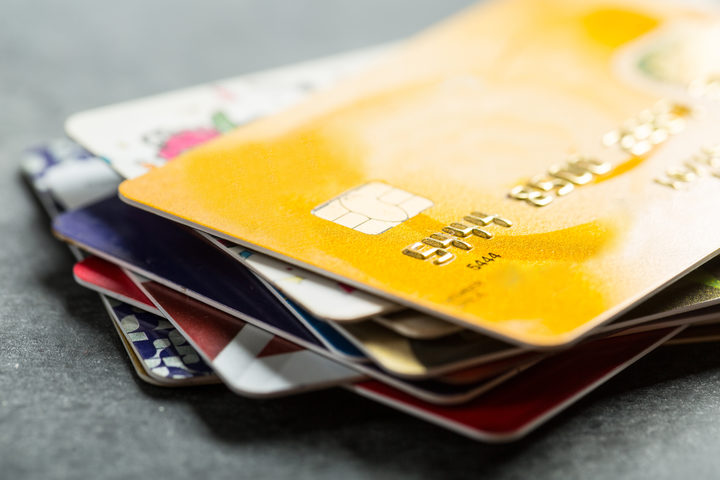 Bradie writes: How do I know which high interest debt to tackle first?

"I want to say good on you for tackling any high interest debt, it’s by far the best thing anyone can do for their finances," Mary says.

She says the rule is generally to target the highest-interest debt first.

"If he goes to FinCap.org.nz they will help him set up a plan to pay down the debt and they’ll sometimes be able to talk to creditors - that’s the people you own the money to - and arrange to pay the debt very slowly.

"They’ll sometimes even arrange to reduce the debt. If you owe $50,000 they might be able to talk them into saying ‘look if we set up a plan for Bradie to pay this back, would you accept $40,000’.

Worries about investment in an Auckland apartment 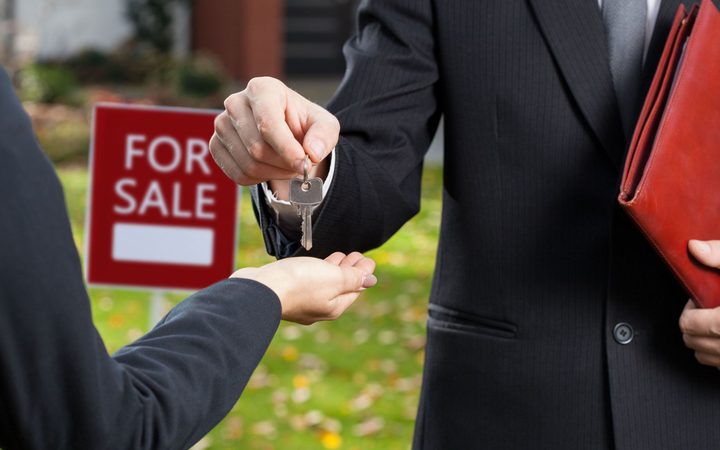 Geoff writes: My wife and I are 50. We have a $185,000 mortgage but have invested in an apartment in Auckland CBD (currently being built). It will be complete mid 2019 but ever since we signed up to it and paid the deposit the market has slowed in Auckland and we are very nervous. I heard you say just sit back and relax: is this wise? Your book sounds like a recipe for sorting it and I would love this as I'm chewing my nails daily.

Mary warns that her advice to sit back and relax comes with some provisions.

"I just want to point out that that’s wise if you follow my advice about being in up-and-down markets [as detailed in Mary's book and the article last week].

"Who knows what’s going to happen in the future … my first advice to them is please don’t sell it unless you’re getting a gain on it or you can recover your money."

She says apartment prices in Auckland seem fairly stable for the moment and haven't gone down, at least not yet, but even if they do it's worth sticking with the investment.

"It’s really not a good idea to sell in a panic when prices have gone down - this applies to shares and property. They’re long-term investments and you’ve got to be in there for the long haul.

"This CBD apartment … If it does fall in value it would be astonishing if it doesn’t just go back up again.

"It might have been a mistake for them to get in [on the investment] given that they’re feeling this nervous about it, but now that they’re in there I’d say please just try and hang in there and things will come right."

Mary also notes that an apartment offers little diversity in the investment.

"They might have KiwiSaver as well though, for all we know. It’s good for them to have something else.

"Having said that an apartment is a bit different from a house in the suburbs - they’re slightly different markets - so there is some degree of diversification versus renting out the house next door to you in the suburbs."

How should a beneficiary handle receiving an inheritance? 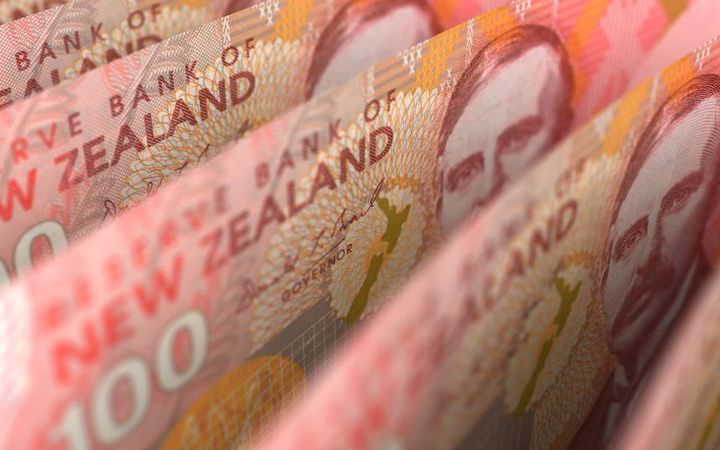 Judy writes: Can you help please? Our friend has inherited $200,000 from his deceased father's estate. He receives a sickness benefit we believe and is debt free. Housing NZ have provided him with a less-than-ideal flat. He lives within his means and is a savvy budgeter. Up until 14 months ago he had been living on the street for the previous 10 years. He is working hard at remaining drug and alcohol free.  He sees this money as an opportunity to get ahead, however the burden of knowing what to do with it is causing him great stress: so much so, his latest plan is to hide it under the mattress.

Mary says this is a very interesting case with many different aspects.

"This chap’s in housing New Zealand property: he won’t get kicked out straight away but when they find out he’s got this inheritance they could quite possibly ease him out.

"His benefits could also be affected by it, you can earn $80 a week … when you earn more than that then your benefit is reduced. With his money if he’s putting it in say a bank term deposit he will be earning more than that."

Of course, keeping it under the mattress is not the best option either.

"The trouble with that of course is theft and fire - and he’s not getting anything out of it."

She advises seeking further advice from a professional.

"I would suggest that he - and possibly Judy who has written the letter, who is his friend, they could go together - first of all look at the website called MoneyTalks.co.nz and that offers a free service, it’s supported by the Ministry of Social Development.

"If he can go talk to a financial mentor through MoneyTalks, he can work out what he wants to do with it."