The United States mid-term election is just a day away, and immigration has become a key issue leading up to the vote, particularly the fate of what's known as the "migrant caravan".

The first members of the 5000-strong group of migrants, who left Honduras early in October, have arrived in Mexico city on their way to the US border.

US President Donald Trump says troops will be deployed to stop them, but critics have called the threat a political stunt.

Dr Sharon McLennan is a lecturer here at Massey University and has just returned from a month-long trip in Honduras. She saw the realities of life there and is here to explain why so many people want to leave. 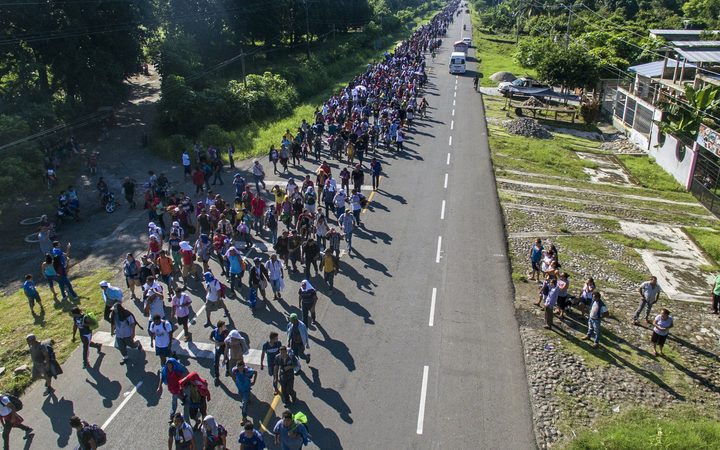