"Trump is the Worst President Ever" - Republican Strategist

As voters in America go to the polls for a mid-term election that may be a referendum on the man in the White House, Rick Wilson says Trump is destroying the Republican Party. 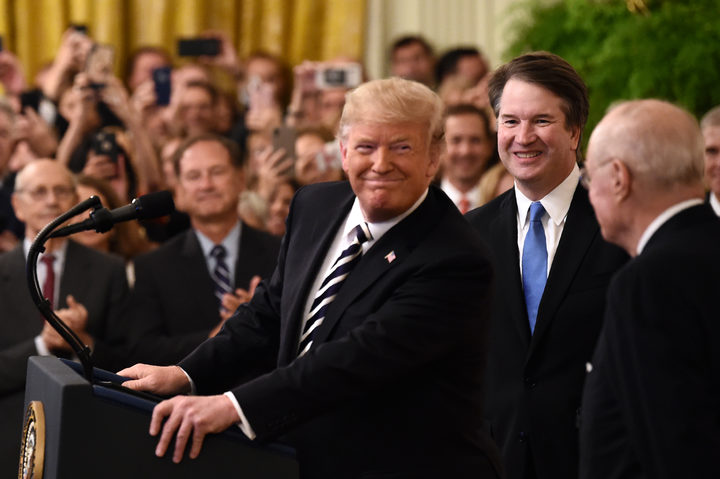 The Republican insider says too many in his party are looking the other way and the GOP needs a Trump exit strategy. He has written a book about it Everything Trump Touches Dies: A Republican Strategist Gets Real About the Worst President Ever.

"If we want to be the party of 55-year-old, high school educated white guys. Donald Trump is absolutely perfect for that outcome", Wilson says.

However the Republican Party is losing support in almost every other demographic, he says.

"He has lost a net amount of voters [we have] a Republican Party that is basically cut out of addressing college educated women who have disappeared from the party like a puff of smoke. Also Hispanics, African-Americans, Asians and younger voters."

Wilson says Trump has had a relatively easy run thus far with few, if any, major challenges to address during his presidency.

"He's had a super power which is control of the media narrative, but it hasn't been at a time when the nation has faced any real problems. We've had a strong economy (which isn't his doing) and a period of peace.

"Donald Trump has had it easy, everyday's been easy. So it's all been about him. I think when the stresses start to hit, as they always do for every president whether it's the economy, foreign policy terrorism or natural disasters, the luxury of the rowdyness of Trumpism is going to fade rather quickly."

Trump's "performative presidency" appeals to a specific type of American voter, he says.

"The Trump supporter in this country is fundamentally an insecure person, they tend to be part of the majority, which is to say white protestants, and yet they feel like they are an embattled minority.

"They feel as if they are constantly put upon and put down by the educated, by the elite, by the media. They find themselves being told that every day on Fox and on talk radio." 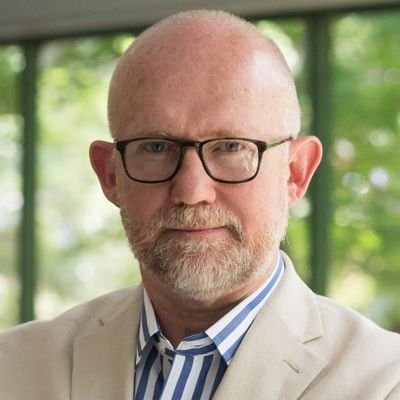 It was a group of Americans perfectly primed for Trumpism, he says.

"To tell them how bad it was, the nation was on its last legs, it was doom and gloom.

"That doom and gloom aspect of Trumpism has been a fundamental defining characteristic of their movement. They think everything is awful except for the dear leader, they hate everyone in politics except Donald Trump, they feel as if no one's on their side except Donald Trump."

But they've been played, according to Wilson.

"That's a central part of the Trumpian grift: it's painfully obvious that a lot of them are never going to get that they've been played, they've been conned and this guy Trump is playing them, but they are the perfect marks for a guy like Trump."

As for the GOP, Wilson says Trump has broken the party, with only a quarter of elected republicans true Trump believers.

There were he says 44 Republicans who resigned from Congress this year most of whom were moderate Republicans who couldn't see themselves being "all aboard the Trump train."

But many moderates remain, and the midterms for them look like a bloodbath.

"They are about to lose their elections in moderate Republican seats, in moderate swing suburban seats, and those folks are dead men walking - but they are too afraid to do anything."

While Republican Wilson's contempt for the president is palpable, he admits that political strategists such as him share in much of the blame for the rise of Trumpism.

"We trained these people to respond to outrage for a long time as an expedient political strategy, it worked brilliantly and each of us in our little fragmented world didn't realise we were building a Frankenstein's monster. I take some responsibility for it I certainly do in the book."

Chief among Trump's sins, according to Wilson is his "defiance of the rule of law".

"The fact that he believes he's above the law, believes he's a king not a president, the fact he's comfortable with authoritarian statism - these are all grave sins in my mind."

"The Trump that speaks into a teleprompter is occasionally not the real Trump, the real Donald Trump is the guy who when he was asked about [white supremacist] David Duke, whether he would reject David Duke's endorsement, he said 'I don't know, I don't know what he said about me yet'.

"This is a guy who has signalled to over and over again that he's one of them and he tolerates them."

Trump rallies across US ahead of midterm elections 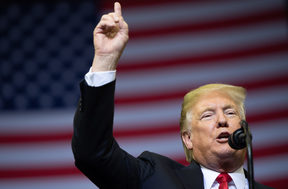 The name Donald Trump won't be anywhere on the ballot when Americans go to the polls, but the midterm elections this week will shape the next few years of his presidency. Thirty-five senators, 36… Audio

Listen duration 6′ :10″
Add to playlistPlaylist
Download
Trump rallies across US ahead of midterm elections
Tags: