Master drummer Steve Gadd talks us through his finest work

Steve Gadd is the man behind the effortless drumming on legendary tracks like 'Aja' by Steely Dan, 'Chuck E's in Love' by Rickie Lee Jones and '50 Ways to Leave Your Lover' by Paul Simon. He's in NZ this month to play shows with James Carter and the Rodger Fox Big Band, and to host a series of drum workshops. 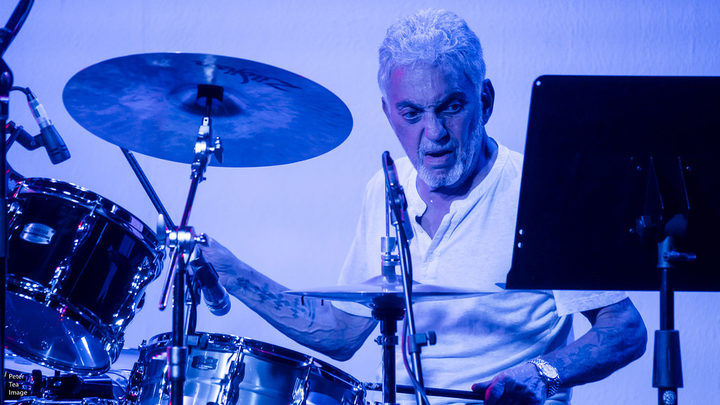 Gadd started out drumming during his years in elementary school in Rochester, playing with the drum and bugle corps. From a musical family, he'd be taken to local venues to see some of the greatest names in jazz playing.

"There was a place called The Ridgecrest Inn. They brought in Art Blakey, Oscar Peterson, Gene Krupa, Dizzy Gillespie…

"When I was a kid, my parents and my grandparents and my uncle took my brother and I to see these guys and I could sit right next to the bandstand and stare at the drummers and it was a great way to learn.

"The artists were very generous towards young talent, they encouraged us, let us sit in."

Steve Gadd joined Jesse Mulligan and Simon Sweetman to talk through some of his most influential recordings:

Chuck and Gap Mangione were among the first musicians Gadd played with professionally.

"Chuck and I grew up together and the first album I ever recorded was a Gap Mangione album with arrangements by Chuck called Diana in the Autumn Wind."

The snare drum on this track shows Gadd's roots in rudimental or military style drumming.

"It feels good to play, it's got a nice groove", he says.

The intro to this tune is an example of Gadd's "linear" drumming, which moves between the hi-hat, snare, bass and tom.

"When we were in the studio, the chorus of the song fell into place pretty naturally but not the verses … Paul was looking for something different but he didn't really know what.

"Phil Ramone was the producer and I was practising this little pattern with the left hand on the hi-hat and tom and syncopating it with the foot and Phil heard me and thought it would be a good idea to incorporate into the groove – that's how the beginning of the song came about." 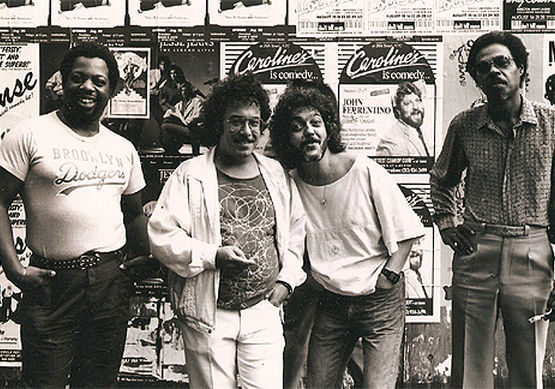 There are lots of Gadd trademarks on Aja by Steely Dan.

Donald Fagen and Walter Becker (who essentially were Steely Dan) had definite ideas about the drum sound they wanted, Gadd says.

Gadd recorded his part in one or two takes.

Gadd has worked with Chick Corea steadily over the last 40 years.

Samba Song is an example of his jazz drumming in the late '70s.

On this track, he makes use of the legendary Gadd cowbell and incorporates the "Mozambique" patterns which became something of a trademark.

In the mid-1970s, Gadd was a regular at Mikell's – a jazz club in New York where the city's top studio and session musicians would turn up for jam sessions with artists visiting the city.

Here he met Eric Gale (guitar), Cornell Dupree (guitar), Richard Tee (piano), and Chris Parker (drums) and the band became known as the Encyclopedia Of Soul. (They eventually changed their name to Stuff.)

"These guys taught me so much about the groove," Gadd says.

This one of Gadd's most famous and beguilingly simple recordings, completely in "the pocket".

"We sure had fun playing it," Gadd says.

"To play simple and spacious and still make the foundation feel strong."

­This track is another Gadd masterclass and required listening for drum students – particularly his fill at 1 minute, 55.

"Ricky Lee was a pop artist but you could tell that she liked some jazz and she used to go out with Tom Waits and he's a pretty deep musician, too.

"Even though it was pop there was an underlying jazz thing so I could be a little bit free and loose." 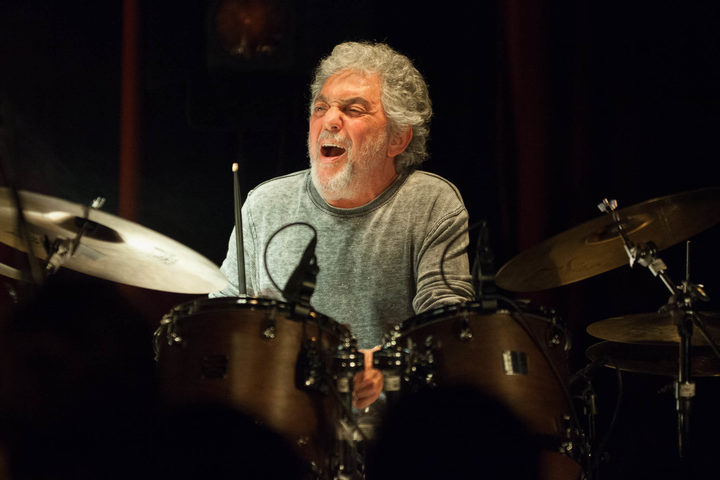 "When I got to New York I bought a new set of drums. The bass felt good but the toms didn't feel right.

"Pearl made a set of chromatic toms with one head, and I had bottom heads put on all of them and chose the 10" the 12" and the 13" and 14" - four toms and I've been using that configuration ever since – I built that set, I put it together."

Later Yamaha duplicated Gadd's setup and invited him to be an ambassador.

"We've been together ever since."