Ngāti Rānana, the London-based Māori cultural group who provide a home away from home for Kiwis in Britain and performs kapa haka all over Europe, is celebrating its 60th anniversary this year. 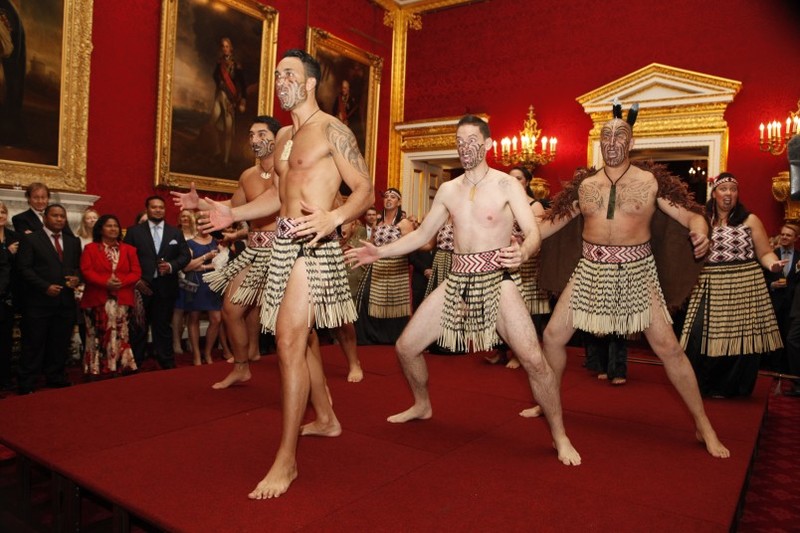 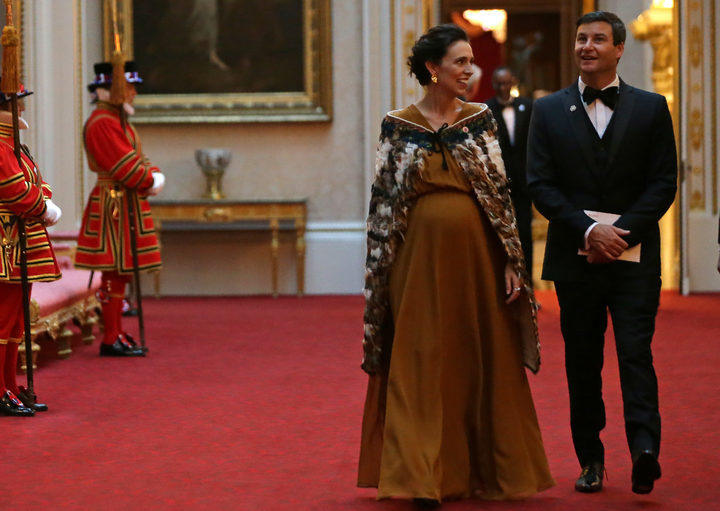 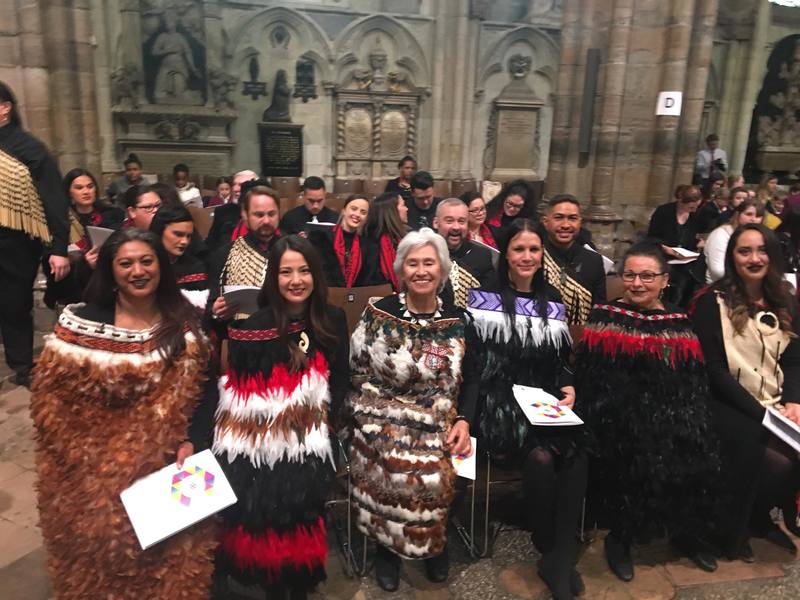 Sarah Johnston from Ngā Taonga Sound & Vision has been looking back in the sound archives to find out more about the history of this stong Māori presence in London.

She says people may recall the cloak Prime Minister Jacinda Ardern wore to the Commonwealth Heads of Government meeting this year.

"That was loaned to her by the group, and the name means literally, 'the tribe of London'.

She says Ngāti Rānana's kapa haka performances have more and more become a key part of the group.

"Sixty years since they began, they're still meeting and practising - every Wednesday night I think it is - in New Zealand house in London.

"They're called on now to perform all over Britain and Europe - I mean, if you look at their Facebook page this year alone they've been at events in Belgium, Cypress, Sardinia, the Netherlands, Italy and even South Africa.

- Ngāti Rānana welcoming performers and artists from across the Pacific for the Royal Academy of Arts' Oceania festival:

"As well as this role of taking Māoritanga to the world, they're also offering a way for London-based Māori and also Pākehā New Zelanders to keep their culture alive while they're overseas - there's kohanga reo and language classes and so on," Johnston says.

Johnston says Whaea Esther Jessop is now a kind of kuia for the group, but she was there right back at the beginnning when they started 60 years ago.

She was interviewed in 1991 at the pub across the road from New Zealand House in London about the group's 1958 beginnings.

Esther Jessop: "Every Tuesday night people used to come to our flat … in Putney and it very quickly got the name of Putney Pā.

"Word just used to spread - any Kiwis, Australians who were around, didn't know anybody, it was an address they could come to.

"Not just Māori people because I'm really talking about 1958 and there weren't so many Māori people around then, so we had a lot of all New Zealanders - we used to have Chinese coming along, used to have Indians, Islanders.

"When you get a group of people together and usually if there is a guitar you will start singing.

"A lot of the people who used to come along were in fact teachers - Pākehā teachers who had been to training college, university and that.

"Once away from home, from New Zealand, they found that British people would ask them what New Zealand was like and they would think 'gosh, I really don't know very much about Māori culture, I do want to know more' and it grew from that."

Johnston says the group got a lot of exposure and really came to the fore at the "famous-slash-infamous" sesquicentenary (150th anniversary) celebrations of the signing of the treaty of Waitangi.

"One of the things that took place, Tainui - and the Māori Queen at the time - she sent over their waka taua called Tāhere Tikitiki and that was sent over to Britain and took part in the famous Henley Regatta when a whole variety of craft sailed down the Thames.

- an NZ On Screen documentary about the making of Tāhere Tikitiki

Haare Williams: When Tāhere Tikitiki made one of her impressive runs down the course at Henley, Ngati Rānana gave her a rousing send off, the club led by Tauira Takurua.

Williams: What about Ngāti Rānanra … what are some of the major events that Ngati Rānana have participated in over the last few weeks.

Takurua: "Firstly, we don't get together to help to promote New Zealand. Our main objective is to meet Māori in London - London is such a big place and it's easy to get caught up with it."

Williams: "Tauira, your advice to young New Zealanders wanting to come to London: what should they do?"

Takurua: "Firstly, come. I recommend it … since I've left New Zealand my whole outlook on the world and my place in it has really broadened.

"There are so many cultures, so many races, so many different people, different things to see. That, as I said, has really broadened my horizons and has made the world not so cold and hard."

"She's explaining that for Māori that perhaps haven't been raised in their culture this when you're away from New Zealand it's a chance to re-engage with your culture without being judged."

Esther Jessop: "It's often really only when you're away from your country that you think back and you realise, maybe, how little you know or you want to learn more.

"So the club is for that, because a lot of not just Pākehā people who belong to the club but a lot of Māori people come over and either have been too busy or haven't had the opportunity to learn Māoritanga.

"They come along to club and they're very shy about standing up, and they say 'I'm sorry I can't speak Māori or I can't do the poi' and we say 'look, you're not in New Zealand now, this is like a second chance.

"There's nobody here who's going to point a finger at you and say 'oh look at that one she's hopeless', or 'look at him, fancy growing up and not knowing how to do the haka'.

"There is nothing of that here and everybody is equal, and people really work hard and when they go home they're able to say 'gosh, look what I can do, and I learned this in London with Ngāti Rānana'.

"From that point of view, we are quite unique and we're doing our bit here."