Ros Hodgkins: How to escape cults' control and their leaders

Cults often make the news for shocking reasons – such as the mass suicides of Jonestown and Heavens Gate in the '70s and the killings at the Branch Davidians base in Waco in the early '90s – but most exist under the radar, says Australian woman Ros Hodgkins. 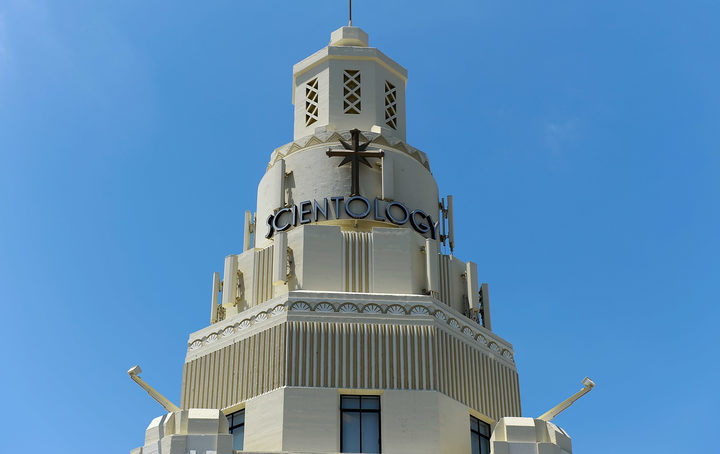 She managed to get her daughter away from a cult in the early 1990s and went on to found the Cult Information and Family Support network.

Ros tells Jesse Mulligan that although cults take away personal freedoms and break up families, too little is done to stop them.

Ros says cults all seem to use the same kind of methodology – they have a leader who is in it for power, money and sex, and they constrict people's personal choices and freedoms.

"When people are in these groups, they truly have been put through the methods and the dynamics and the techniques that control their mind, their behaviour, and their thinking and emotion.

"They will somehow control a person's life, expecting money, they definitely have many causes that they have to give to.

"In the group our daughter was in, it was tithing. It was people on very low wages giving huge amounts of money to the group who made the leader very wealthy in America living in the best places. 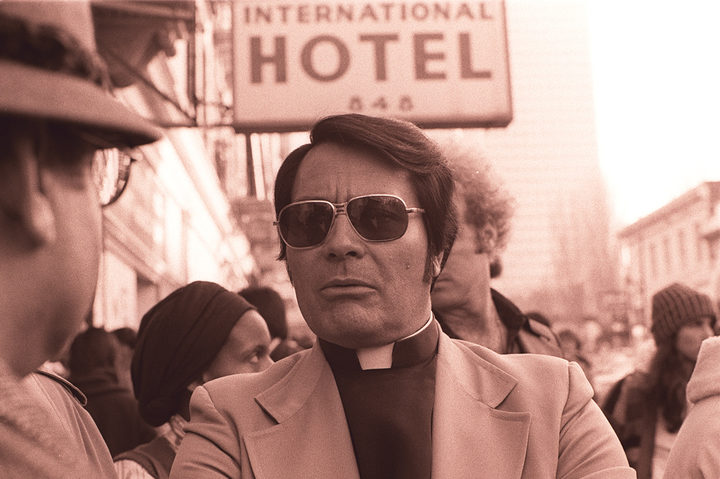 Jim Jones led the People's Temple cult in the 1970s, which resulted in the 1978 Jonestown massacre, a murder-suicide where more than 900 Americans died after drinking poison at the urging of Jones in a secluded South American settlement.  Photo: Wikimedia commons

"The leaders had methods that are used by all types of cults to really take people into that place of feeling like they're in the only true church.

"And there's the control over the relationships of people, which sort of then comes that they can either be very active sexually within cults and sadly exploitative of young people and children ... there's the control that they put on people in perhaps the cults that will demand celibacy ... or they will say who you can date, or who you can marry."

Ros says the cult her daughter joined was originally called the Boston Movement "because it came from Boston, it started on university campuses and then it changed the name to 'International Churches of Christ'.

"Everyone had to recruit so many phone numbers a week or you're in trouble, or you can't go to a wedding, or you couldn't go to someone's special event - so there was rewards and punishments through that system that all cults use."

The group also had control over who people could date – only people from within the group – and they had to marry after three months. 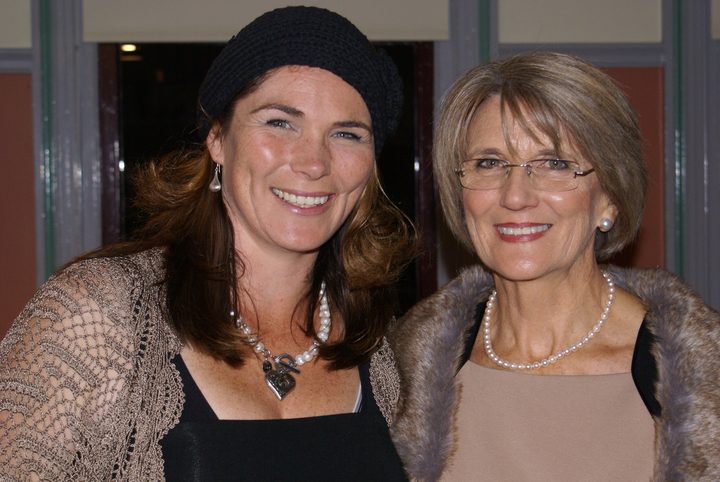 Ros Hodgkins (right) with her daughter Emma Kipps. Ros is a founding member and the acting president of the Cult Information and Family Support network Photo: Supplied

Ros says that while their daughter was in the cult, she and her husband got in contact with some high-up people who had left the group, hoping they could talk to her.

"My husband, her father, went to see the leader at that stage – he wasn't the top leader he was the leader who was assigned to Australia – and urged him to allow our daughter to come home at Christmas.

"She needed to speak to someone who was at that level because she could just say 'well you wouldn't know, you haven't been in it or you haven't experienced it'.

"It was hugely difficult but we knew that she lacked the information that would give her the ability to critically think, to really look at what she'd come to believe as truth."

After talking to those others and examining her doubts, their daughter decided not to go back.

"She totally, totally saw what she had doubted and was never allowed to go into that area of looking at it further than the leaders would allow her.

"That was really incredible to see her actually change. When the penny dropped, when her mind was free enough to take in and critically think and that's when we realised that's what all cults do."

Ros has some advice on how to help break people away from cults.

"The important thing is to keep the contact and to ask open-ended questions: not to tell them that they're in a cult and not to put that … chasm between them, but to try and keep that communication going.

"Open-ended … let them think about what they've had to reply to you in a moment of, perhaps, doubt."

Ros says people who have left cults have told them of such moments: "[They've] said to us 'we've had doubts but we stop the doubts' and [the leaders] have methods to stop the doubts - chanting or praying".

What defines a cult

Ros is a Christian herself, and believes there are significant differences between cults and mainstream religion.

"Religions respect individuals' autonomy … they're not enforcing things, they might say that they expect certain areas of behaviour but they're going to respect that person's choices. They try to help individuals rather than dictate to them about spiritual needs." 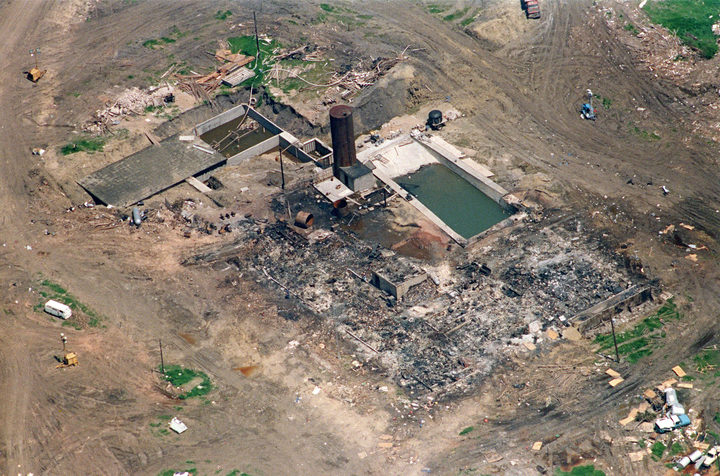 The Branch Davidians cult's compound in Waco, Texas, burned to the ground in 1993 after a 51-day standoff with federal and state agents. In total, 76 people died including cult leader David Koresh.  Photo: AFP / J. DAVID AKE

However, cults can spring out of traditional religions, she says.

"Charismatic Pentecostal churches ... can be quite confusing for people who go in and find that they're extremely controlling in a spiritual way.

"Becoming more controlling and taking away those things that the normal mainstream churches would in no way make you have to do  – this, this and this – attend every single meeting, go to every single conference.

Cults always have a leader, she says.

"A leader is there for power, money and sex if they are running a cult.

"They really do become high on their own power, they're usually narcissistic, they don't have any real empathy other than an empathy that almost connects them to the person's weaknesses and strengths that they can use and have power over them because somehow they recognise how they can manipulate and how they can coerce people's behaviour."

"Broken relationships, moving away from home, travelling, those things have happened to people in those situations but there are also those that are ... doctors, lawyers and they don't join a cult but they still join what is being offered. 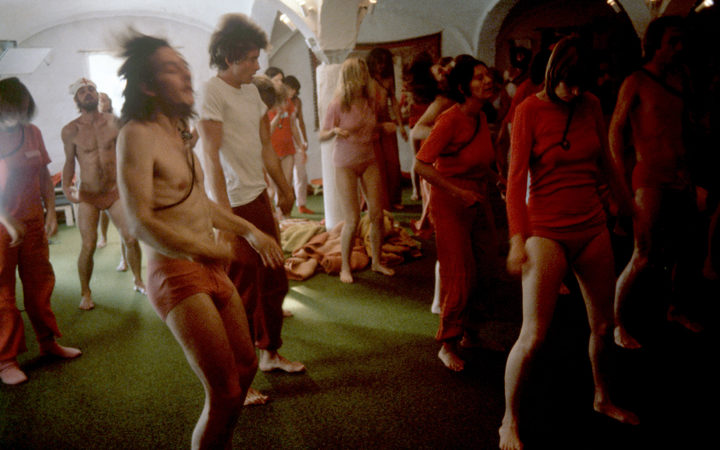 Cult Information and Family Support works hard to try to make cults' visible to the public and curb their harms through political action, Ros says.

"So much is known but so little is understood by the general society and by our governments, and that's sort of sometimes frustrating.

"Now we've got the internet with so much information about cults, but sadly it's recruiting people into cults, as well.

"We've actually done a huge amount to try to get our Australian government to look at the problem of cults.

"We've had a conference at Parliament House in Canberra that was assisted by a senator or two senators at the time.

"We also put in submissions to the government on the tax laws because if people are a belief system, they can automatically become tax exempt."

There are hundreds of cults in Australia and New Zealand, Ros says, and there must be some accountability for the harm cults do to people.

"No-one can necessarily afford when they leave to go and go to the law and say 'I need to do something about what's happened to me'."