A Raglan drone company hopes manufacturers can band together so their long-flying heat detection design can be used to protect rhinoceroses from poachers across Africa. 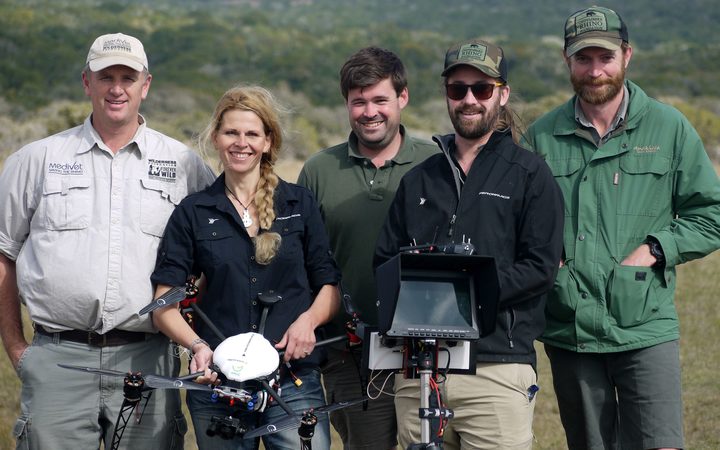 New Zealand drone design company Aeronavics is based in Raglan, and director Linda Bulk says they specialise in designing drones for specific purposes and environments.

"We've been around for a long time … we were actually one of the first on the market 10 years ago, we were in Australia we came to New Zealand probably about eight years ago now."

For example, one of their clients is BHP Billiton.

"Like 'who can provide us with a system that can withstand the heat and the horrible sort of dusty environments here and they come to us and we do that for them.

"Or to be doing trials and conservation work in Antarctica, and systems being deployed in more extreme environments."

She says the company was approached by Sarah Jones, who founded the 'Tusk and Horn Wildlife' charitable trust - also based in Raglan - to design a drone that would assist specialists in tracking rhino poachers in South Africa.

"She'd just come back from a trip to south africa meeting up with a man called William Fowlds, known all around the world for his conservation work."

Dr Fowlds had been using drones to keep track of rhinos at a wildlife reserve.

"He said what would be really valuable would be if we had a drone that can provide us with night vision … most of the poaching is happening at night - it's a real crisis, it's happening every day there's several rhinos falling victim to that every day." 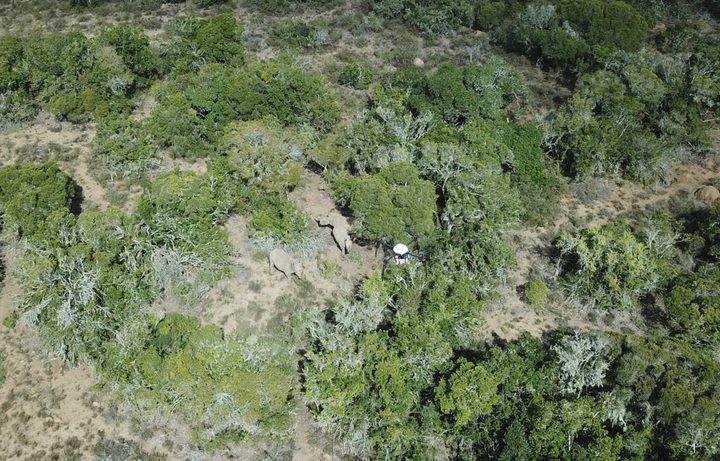 There are more than 1000 poaching incidents a year in South Africa alone. This imagery was shot by an Aeronavics drone.  Photo: Supplied / Aeronavics

"Instantly we were like 'yeah, we definitely want to help and see what we can do."

The company has been donating time and materials to designing the drone as a non-commercial venture. She says there are some design requirements that added to the challenge. 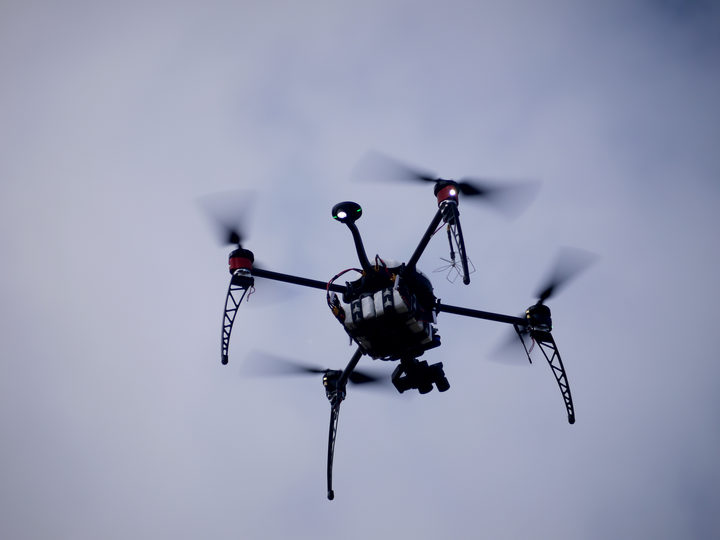 "You can imagine with a fixed wing aircraft it needs a bit more space to take off, so we worked with a rotary system, but the rotary systems generally don't fly as long so we needed to get the fly times up.

They did get some help.

"We know that it gives that eye in the sky at night where they normally can't see a thing.

It's hoped it can be adapted on a wider scale, but cost is still an issue.

"Just one isolated drone in that particular reserve - where they've already got great security in place anyway - is not going to make much of a difference.

"How do we get it at a price level where we can roll it out on a large scale and also make it available to those reserves and even the national parks where funds are very limited?

"It's got far more capability than what you currently see mostly on the market, they fly a long time and they fly very far and sustained winds as well because it's quite windy in that area.

"It's not cheap, and then the actual thermal camera is fairly expensive as well. Ideally we'd come around $8000, $9000 as a package … we're sitting probably around $20,000 right now, so this is something to be looked at."

She says she hopes more manufacturers can band together and help, however.

"It would be good for these manufacturers of certain components within the system to join in and also provide certain products, maybe at cost price," she says.

"Maybe make it a non-profit collaboration and really help out in that area because it's really, really needed."

She says the team has just returned from visiting the reserve where the first drone will be used, and it was an incredible experience.

"I would almost say life changing.

"To go there and be in contact with these animals, they've been around 50 million years and hardly evolved - they're just a perfect design for that environment.

"So that in itself was very moving. The first day we arrived we joined them on a rhino procedure where they actually cut off the horn to take the incentive away for poachers. 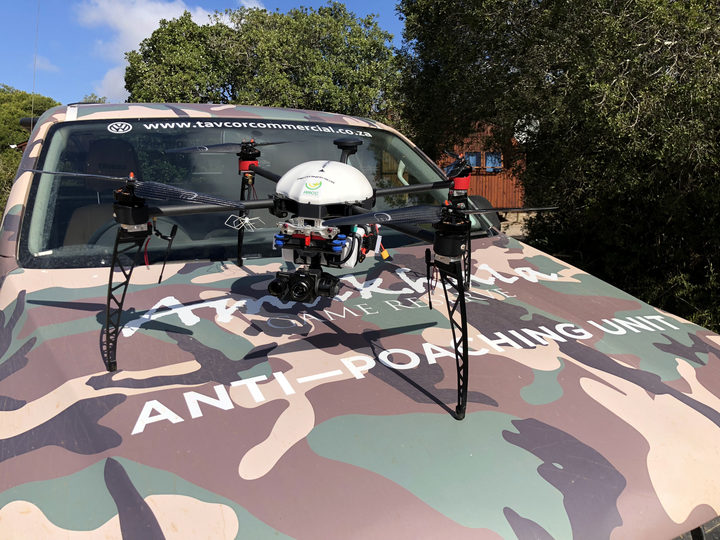 An Aeronavics drone on a truck belonging to the anti-poaching unit. Photo: Supplied / Aeronavics

"The horn is like a fingernail - it's actually the same stuff - and it grows back on if you cut it at a certain point just above the growth plate.

"The procedure itself, they get darted, they get sedated obviously, and then with the chainsaw - you know, the horn gets sawn off - and it's very stressful … even though it doesn't actually hurt them."

She says it's hoped the drones will be able to help watch out for poachers so one day the procedure won't be needed.