'Prison Bake', a programme partnering Rimutaka Prison inmates with the Good Bitches Baking charity, has been giving prisoners an opportunity to give back to the community. 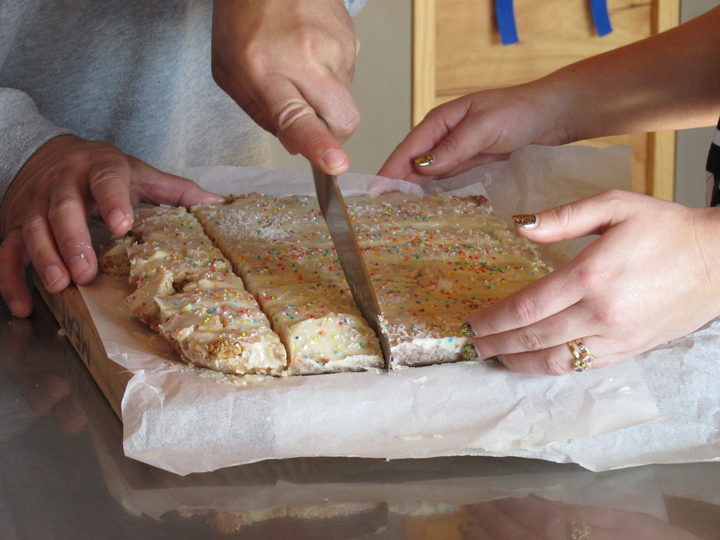 The charity's founders Nicole Murray and Marie Fitzpatrick set out four years ago with the idea to make sweet treats for those in need.

They started with 15 bakers, but soon grew.

"We have about 1500 volunteers around New Zealand who make treats for people who are going through some sort of trauma or crisis, so refuge, hospice, hospitals, soup kitchens, rape crisis groups, places like that," Murray tells Afternoons' Jesse Mulligan.

With their army of bakers constantly growing, some places now have waiting lists, and Nicole says they've now set their sights higher.

"We cover almost all of New Zealand, and we were thinking about ways that we can expand.

"We have a big goal that we'd like to make New Zealand the kindest place on earth, and we were thinking of who could benefit from both receiving a little bit of kindness and being given the opportunity to be kind.

"Prisoners fit both of those categories, generally they don't have a lot of people showing them kindness, or any opportunities at all really to be kind or give back to the community."

More about the charity:

So, the Prison Bake began. Select, experienced volunteers were brought in to teach men who are living at the self-care units at Rimutaka Prison how to bake.

The men at those units have completed rehabilitation programmes and are in the reintegration phase of their sentence, electronically monitored in release-to-work employment and living in a small flat-like 'villa'.

"So we go out there on a Saturday and teach them how to bake something in their little villas," Nicole says.

"It's been beyond our wildest dreams actually, the reception that we've had from the men and how easily they've latched on to the idea that it feels good to do good to others.

"The look of joy on their faces when they realised that they were going to be able to do something kind for others, and that that gesture would be accepted, just reduced us all to tears.

"They say that spending time with us feels like happy family memories that they had with their grandparents or family, and they appreciate the creativity of it, of making something with their own hands." 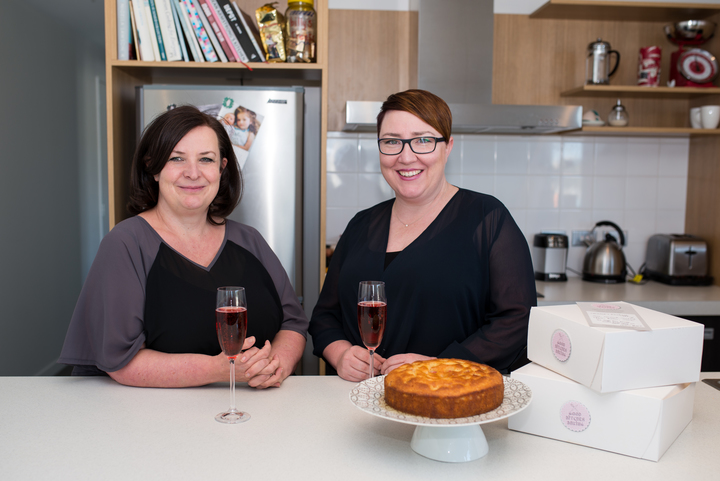 She says the baking is taken to women in refuge, who were initially a little concerned but have grown to embrace the idea.

"We talked to the managers of the safe houses that we deal with on a regular basis about this programme and gave them the opportunity to opt in or out and most of them chose to opt in and said that they supported what we were trying to achieve through this.

"We've also heard from the women in refuge … they said that initially they thought it was a little bit suss, but after thinking about it for a while they think that it's a really sweet - pardon the pun - gesture from the men.

"We asked if they feel any differently about this baking than the baking they get from our regular volunteers, and they said that in some ways it felt a little bit more meaningful because these were people who also were struggling with their lives."

She says the programme is a trial, and all going well the charity is planning to roll it out at a national level.