Widespread upheaval and demonstrations marked 1968, when the first wave of baby boomers saw the world they were inheriting and cried out in protest. 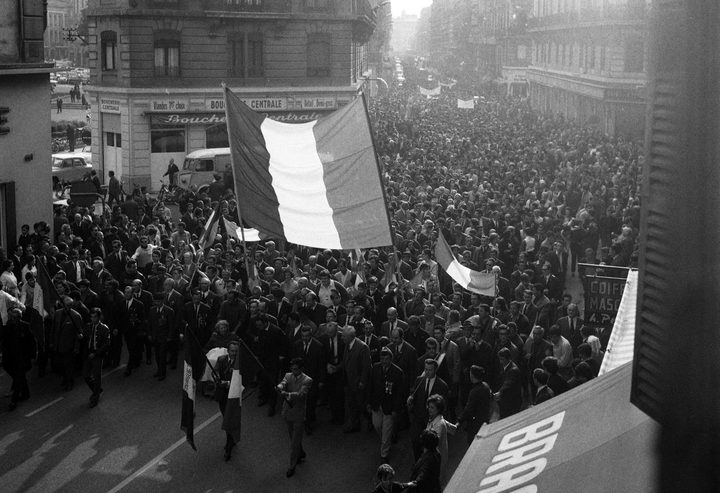 Driven largely by young people, those protests swept through cities from Paris and Prague to Chicago and Wellington.

In today's visit from Ngā Taonga Sound & Vision, Sarah Johnston takes us back to the unrest of 50 years ago. 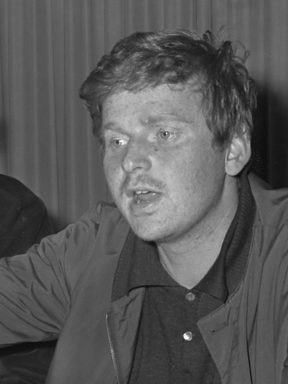 Daniel Cohn-Bendit, aka 'Danny the Red', who went on to lead the European Greens–European Free Alliance group in the European Parliament until 2014. Photo: Public Domain

She says some of the most notable protests were in Paris in May, where 'Danny the Red' was one of the French students leaders who had red hair and was a socialist.

"In this era which of course is long, long before social media, in 1968 you couldn't even make international phone calls particularly or easily or cheaply I don't think but the power of a good brand like Danny the Red obviously travelled fast," Sarah says.

"And then you had the Soviet Union crushing the Spring uprising in Czechoslovakia.

"The same year in the US you had all the civil rights protests, you had the assassination of Martin Luther King and Bobby Kennedy.

"Underneath all that you've got the ongoing trauma of the Vietnam war, and it all impacted New Zealand in various ways." 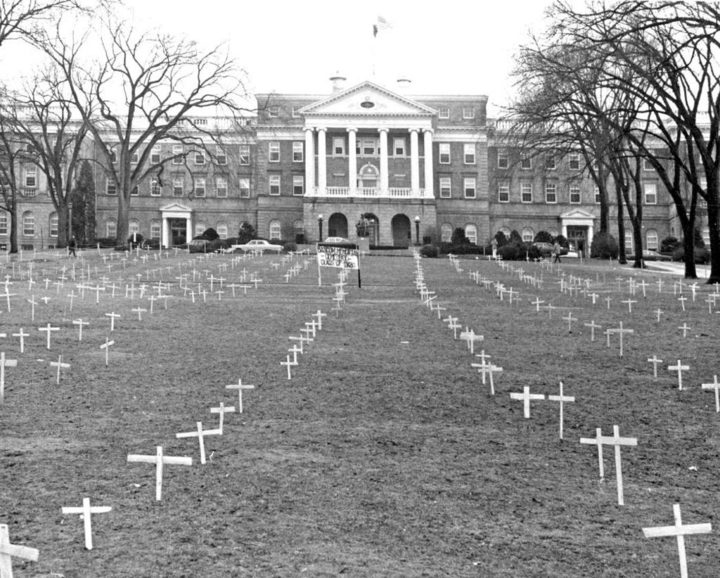 She says the final recording was of what was probably New Zealand's biggest 1968 protest, made at the opening of Parliament, where one of the chants was 'long live Danny the Red'.

The government of Keith Holyoake had just tried to introduce a nil-wage order, which meant no pay increases for anyone across the board, upsetting the powerful unions, and students were upset about the Vietnam war, poor funding for universities and plans for a US military installation in New Zealand.

A Radio NZ Insight documentary from 1988, 20 years after the protests, looks back on them:

1988 Prime Minister David Lange: "I was in London and it was an exciting time, we'd had the move against the colonels in Greece, and that drew crowds and rallies and nanamascuro singing early on, and then we had the events in Paris and Prague.

"I suppose the biggest memory I have of that is that for the first time in my life I saw pretty well live coverage of tanks moving through what otherwise seemed to be a fairly sedate capital.

1968 Prime Minister Keith Holyoake: It would be appropriate for me to point at that probably no country in the world is better placed than New Zealand to be neutral and isolationist.

We are nearly as far away from Saigon as Saigon is from Paris. It's quite natural in our country, some people ask 'why not lie low in our lovely and peaceful islands'. 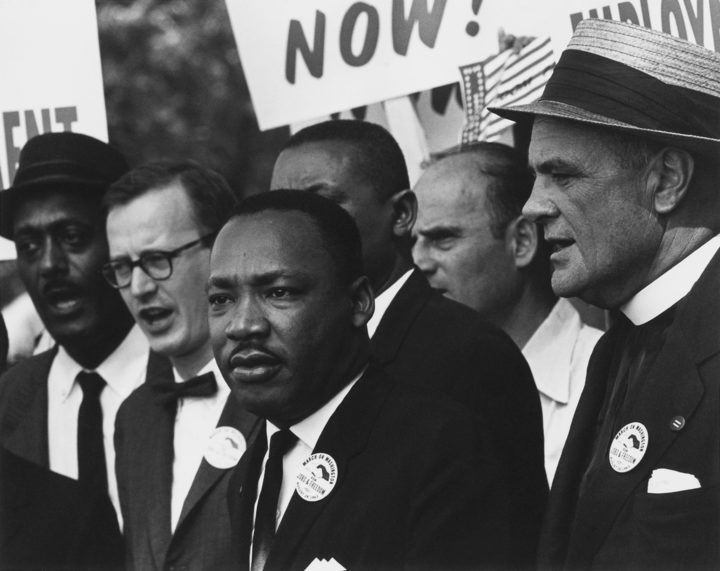 Martin Luther King Jr: "I'm realistic enough to know that I can meet a violent end, I live every day under the threat of death and I have no illusions about it.

"There are enough sick people in the world for me to come to a violent end.

1968 Kiwi student Graham Scott, later head of treasury: "I was studying at Duke University which is in North Carolina when Martin Luther King was assassinated.

"There was a student strike and there was a sit-in on the campus that went on for several days and finally the university authorities brought the National Guard in.

"It was very tense and I think a very traumatic and shocking experience."

"One of the defiant students has just walked into a tear gas grenade, which has hit him clean in the stomach at no more than 20 yards.

"He's out cold and there's blood pouring from his stomach and the students are angry. 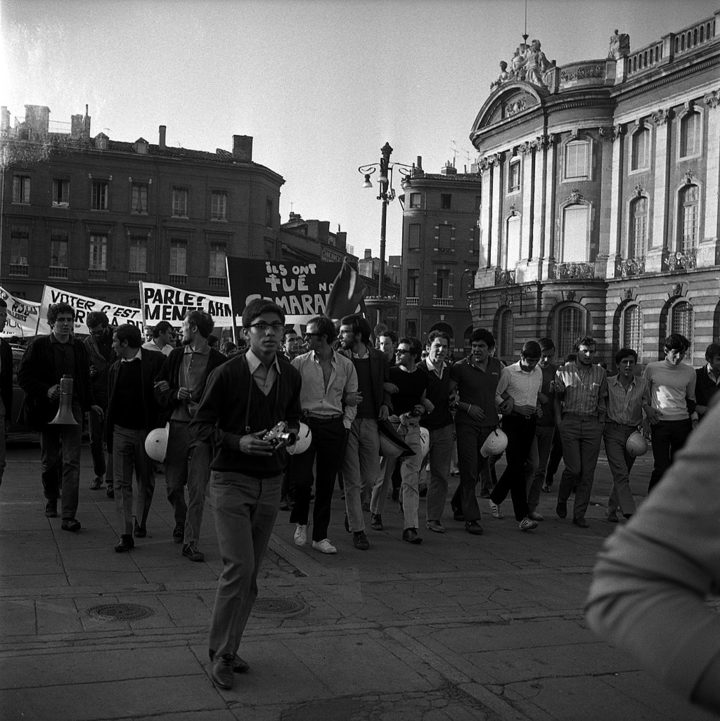 "The students are starting to pass the gate, the police are firing more and more tear gas grenades.

"Blood streaming down their faces."

Former Green MP Sue Kedgley recalls the impact it made on her:

"I remember just having emerged from a very very sheltered existence, in a private girls school, and I hardly knew there was a world out there.

"Suddenly being in Victoria University and sitting in the library there reading about events particularly in France and Paris.

"Danny the red, to me was just this inspiring symbol of defiance and I think he was probably my first hero as a girl."

Studio announcer: "About 1000 students arrived from Victoria University and mingled with those in fron tof the main steps of parliament buildings.

"The military guard of honour which was to be used for the ceremony was withdrawn.

"There have been at least two arrests and the Australian High Commissioner and two other occupants of his car had to proceed on foot when the crowd stopped their vehicle. 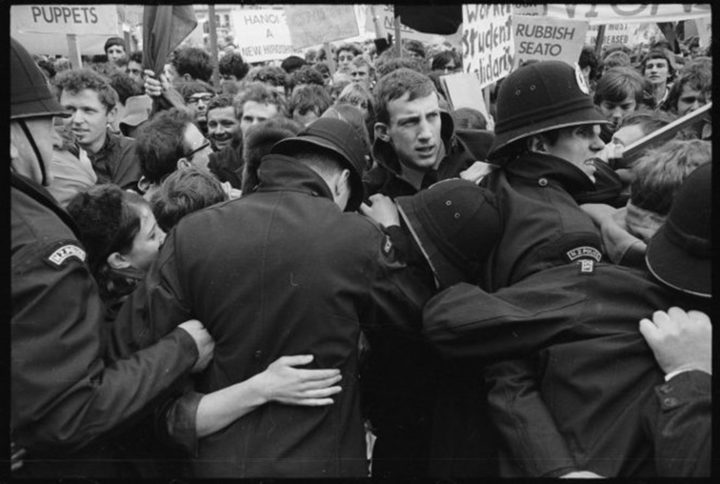 "The crowd then let down two tires of the embassy car, and kicked the panelling, badly denting it.

"Shouting 'long live danny the red, the crowd then challenged the police line in front of the main steps.

"The police linked arms and several of the crows who broke through were held back by police in plain clothes."

Reporter: "As an expression of their anger and dismay over such national issues as the recent arbitration court's decision on wages, the war in Vietnam and the state of the country's education, about 4000 trade unionists and university students converged on Parliament from shortly after midday.

"As lunchtime crowds joined the protesters the leader of the opposition Norman Kirk spoke to the group."

Norman Kirk: "My point first in coming here was to tell you what we intend to do and to invite your support in changing the government constitutionally and changing the policies that are in operation at the present time."

Reporter: The students even have established a sort of bridgehead, they arrived later on the scene. They are the other side of a wall of policemen who are now struggling with many of them.

The crowd which was still but a little noisy suddenly started to move and boil as it were. Now i'm looking out on a great waving mass of placards.