Sound recordings from the archives of Ngā Taonga Sound & Vision reveal a little about how and when transgender lives appeared in New Zealand's media in the past. 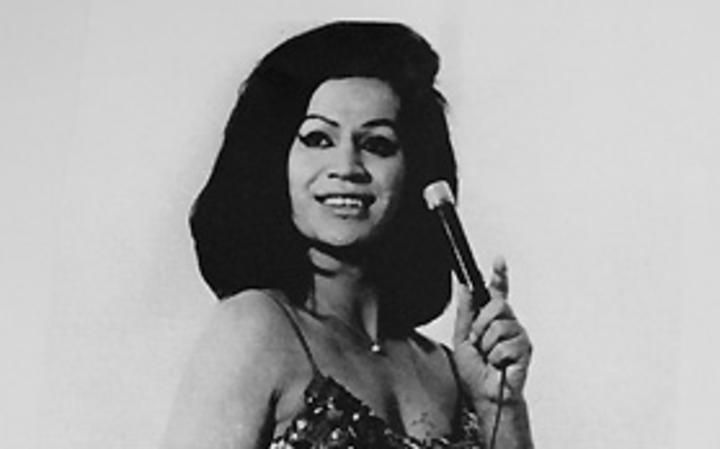 Ngā Taonga's Sarah Johnston says it won't come as much of a surprise to anyone to learn that LGBTQI culture and people did not appear openly in the sound archives until the 1970s, when the idea of gay rights and law reform began to get some traction.

"This is what we call 'archival silence' and it is important to recognise that many lives and stories were not given space in official records - and to acknowledge why that might be."

Prior to the law reform of 1986, male homosexuality was a crime.

"So, obviously you're not going to go on radio and out yourself."

Women were not covered by this law, but it was still considered outrageous for a woman to impersonate a man in early New Zealand.

We can see evidence of this in news coverage of the case of Amy Bock, who scandalised Edwardian society with a lengthy criminal career involving numerous jail terms on fraud and forgery charges. 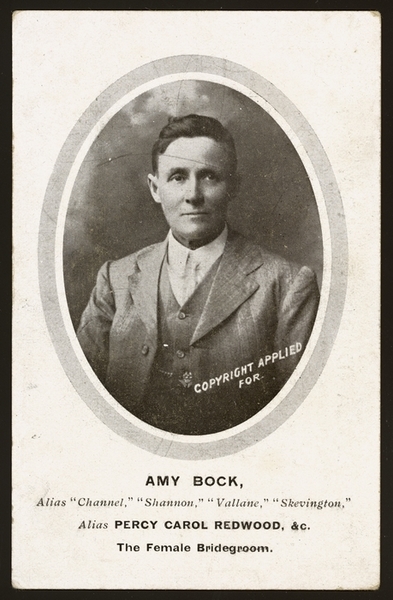 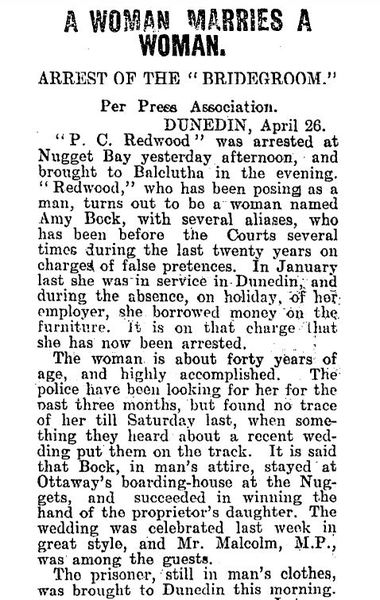 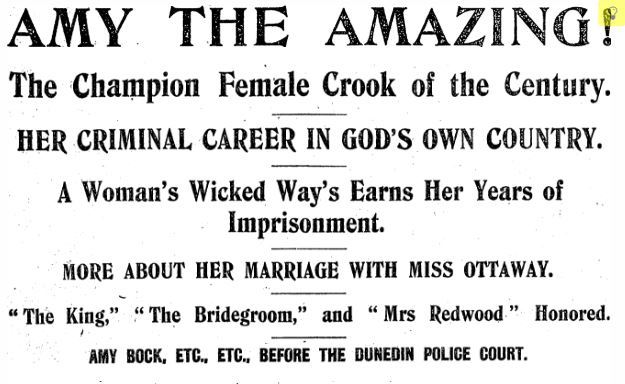 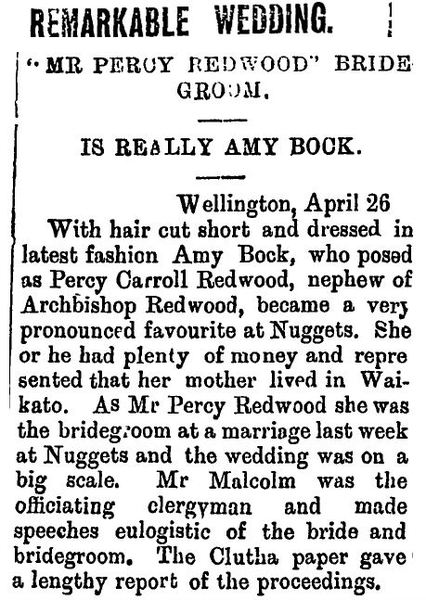 In Ngā Taonga's Mobile Unit oral history recordings there is a 1948 interview with a Mr Johnston of Balclutha, who knew Percy Redwood.

The main focus of the scandal was that in 1909 Amy was found by police living as a man named Percival Redwood, and in fact was arrested shortly after marrying his landlady's daughter, near Nugget Point in the Catlins: 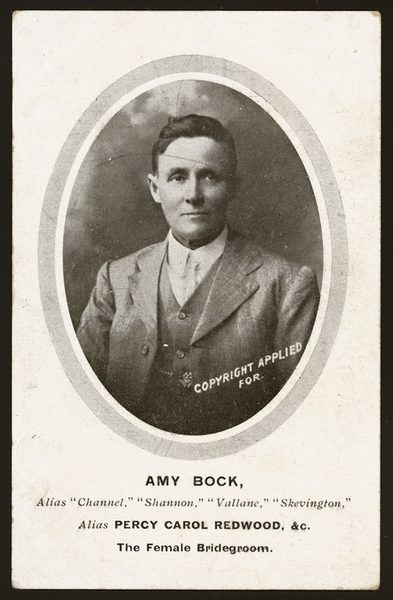 "I got to know her well and she used to drive up from the nuggets up here once a week and I used to unyoke the horses for her and yoke them up again at the livery stable.

"She always smoked a pipe but carried plenty of vanity fair cigarettes in her pockets … instead of giving me one cigarette she used to give me one or two packets.

"I was there down there when she was going to get married. Amy, I would say wore a little black bun hat and button up boots, and she'd be five foot four in height.

"She liked her whiskey and all that sort of thing.

"I used to see her taking home young ladies from dances after the dance was over.

"I was in her company hundreds of times and I had no idea that it was, er, a woman.

For many New Zealanders, the first transgender woman they probably became aware of was the legendary Wellington nightclub owner - and later, mayoral candidate - Carmen, who came to prominence in the early 1970s. 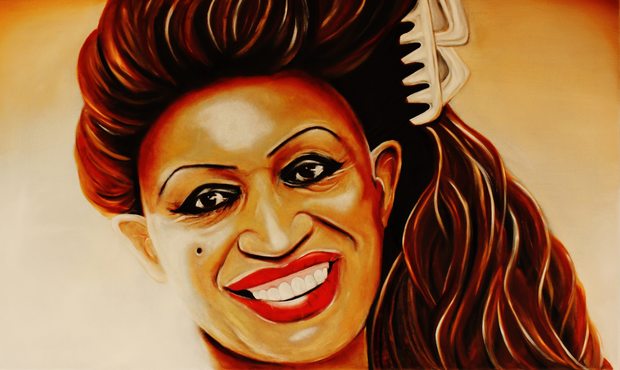 Dave Mahoney interviewed her on The Tonight Show about her life, and she talked at length about her life and recalled growing up transgender in New Zealand in the 1940s:

"I realised I was very different at the age of eight and I'm from a family of 10 and they're mostly all boys in our family.

"When I was born my mother wanted a girl. Literally I was born a male and then she'd want me to do everything that a young girl would do,

"I had to do the shopping, she used to dress me up very feminine and I didn't realise anything like that until I became a teenager.

"You can imagine in my years of school in the '40s, they really thought I was strange and came from another planet.

"My mother and grandparents who we all lived with, there was always love in our family and we believed in live and let live.

"The thing is there was a lot of cruel people around that I've found, and it doesn't worry me at all and that's how I've found to survive all throughout the years.

"I've had lots of nasty people write to me or ring me up or people pass on remarks to my own family about me. They don't worry me at all because they don't pay my rent and I'm happy the way I am and very pleased about it all.

Radio New Zealand's Spectrum team also explored the LGBTQI community's culture in the mid-1970s, when Jack Perkins made a documentary on the city's nightlife. 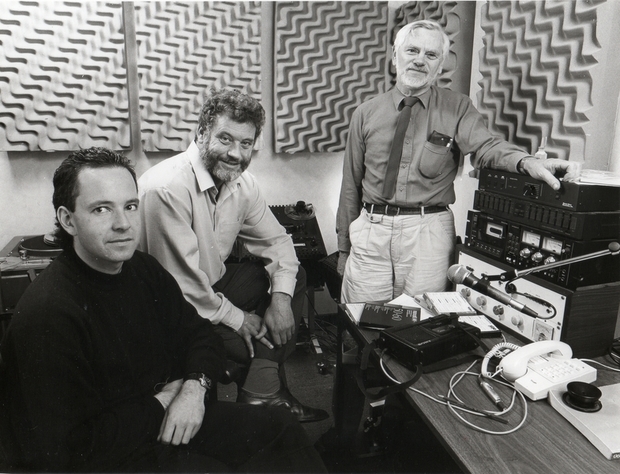 He interviewed patrons and performers at Auckland's "Mojo's" nightclub, including talking to the newest performer, Destiny J.

Jack: As the sound system revvs up, the coffee tables begin to fill.

Patron: "We would prefer to come to this sort of place rather than a strip club. We don't like strip clubs, at least I don't.

"I think there is a place in Auckland for this kind of entertainment quite frankly."

Mojo's announcer: "Settle back, relax and enjoy our current show, 'mission impossible'. However, a word of warning, should anything on stage stretch or snap, our entire cast will self destruct in 10 seconds.

Jack: The show gets underway with the full cast performing a spectacular dance number. Psychedelic lighting adds to the impact. A mime and a comedy act follow and the response is enthusiastic.

Destiny J: "We live as girls all the time … a lot of people don't even know, you're walking down the street or anything they don't even look twice at you.

"When they first come you usually find it's out of curiosity but they actually find it not very much different to another kind of club with all females working, you know?

"I have to go to Australia very shortly to get my bust operated on and the final thing would be a sex change, but that's a few years to come.

Jack: What would be your greatest ambition in life, do you have any?

Destiny J: "I don't know I think I'd just like to settle down, get married."

The Other Side of Auckland

Award-winning radio series "The Other Side of Auckland" from 1983 featured on radio station 1ZM in 1983.

The series was sensationalised and played up the supposed shock value, and was perhaps not always sensitive to those it featured.

This episode featured an interview with Chrissie, an 18-year-old transgender woman in transition:

Chrissie: "I think I'd describe myself as a transsexual, that is a person whose need is to become a physical member of the opposite sex.

"I wouldn't describe myself as being gay, because I think there's more to it than being gay.

"I want to become a woman and live a normal woman's life, with perhaps a husband and, you know, that sort of relationship."

Announcer: "How would you cope if you were trapped in the body of the opposite sex?

"On Sunday morning at eight o'clock, a girl who is really a boy speaks out about changing his sex.

"You may not agree with what she's about but you certainly won't forget her. David Burke Kennedy looking at The Other Side of Auckland."