Tell me about your thesis

Dr Quentin Allan from AUT tells us about his thesis looking at gay men coming out later in life. 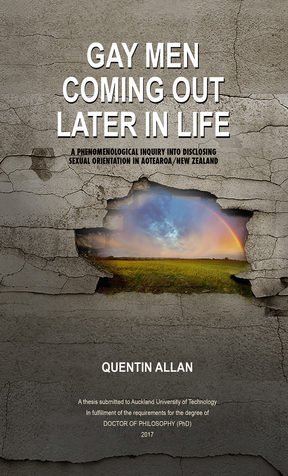 In his thesis, Quentin Allen spoke to 12 gay men who came out in later life. He says each story has its share of painful episodes but in every case the decision to accept and disclose their sexual orientation has been vindicated by the subsequent quality of life in terms of inner peace and emotional fulfilment.

He argues that despite numerous advances on many fronts, New Zealand has issues with residual homo-negativity. He points to the disproportionate rate of suicide for gay people, and the fact that many gay men feel unable to come out; some are married and leading double lives.

You can read his full thesis here