In a blast from the political past, former McGillicuddy Serious Party president Mark Servian is publishing a new edition of the party's manifesto in a 328-page book. 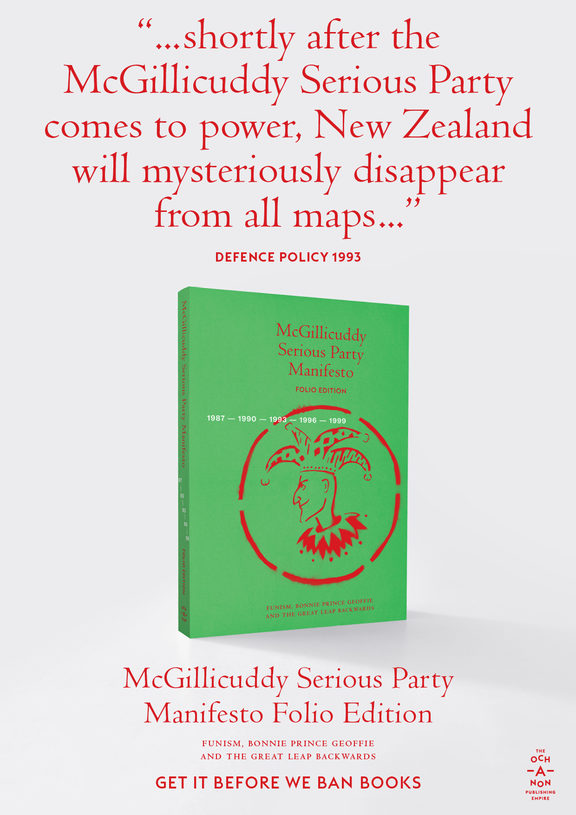 The party added a dash of levity to the political process between 1984 and 1999, providing a humorous satirical take on a political party with some … different takes on policy.

"Some of the ideas have resurfaced, our defence policy was actually to wipe New Zealand off all maps and you know that's actually come to the surface recently as something that's actually going on, we've been advocating it for years," Servian says.

"There was a general push to medieval-ise New Zealand. Early on we talked about filling in Cook Strait and building a wall, later on we replaced that as part of our canal system of building an aqueduct.

He said the manifesto was originally published as a way of unifying the party, which at times had 60 candidates at electorates around the country.

"The manifesto as a thing was intended to have a certain degree of internal consistency and so it explains the idea of de-industrialising society and going back to the middle ages and re-establishing ourselves as tribes again and abandoning the nuclear family," he says.

"It's kind of a pastoral dream about what we could achieve if we just relaxed and took things less seriously."

The manifesto wasn't a rigid rulebook, but more a general guideline, however.

"If you go to Wikipedia for instance there's a whole lot of policies I remember some of our candidates made up on the fly, there's other stuff I'm sure people made up since."

"The bitch-goddess of Hamilton East [Hamilton East candidate Tania Smeaton] was a wonderful example of another candidate. She was going to sort the male population into breeding stock and lifting stock and we were all going to get mutilated for our troubles, but she went about it in the nicest possible way."

McGillicuddy Serious and its formation seem unlikely to be repeated. Mr Servian says the cost of running an election had bit by bit continued to rise.

"We got older, the recruits dried up and generally speaking the whole practice of satirical politics just dried up, and the work-to-fun ratio tipped. 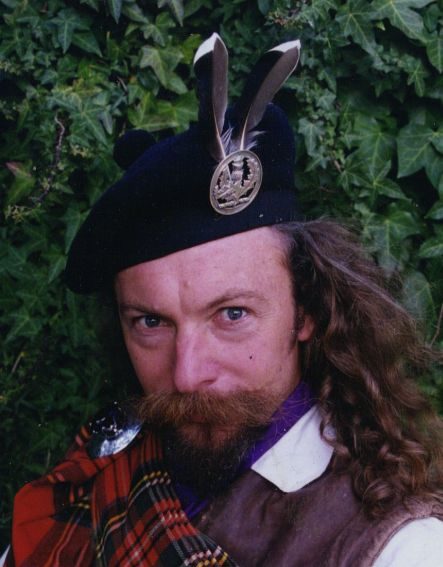 "There haven't been a lot of satirical political parties exactly like the McGillicuddy's, people sometimes talk about the Monster Raving Loony Party [UK], but they're a bit more dadaist than us, we actually had a mythology and historical references and stuff.

"And we're not really like The Civilian or White Man Behind A Desk because there was lots of us.

"It was an actual party with actual candidates and we ran in lots of places and we went to meetings and we dressed in silly costumes and we talked about bringing Bonny Prince Geoffrey to the throne of New Zealand and used that as a vehicle for all kinds of tomfoolery.

He says the '93 and '96 elections were their most successful, after coming second in a by-election and had managed to qualify for broadcast funding.

"And so suddenly we were getting taxpayer funding and that really upset a lot of people.

"And then the bitch-goddess's eunuchs got arrested during some street theatre, and then we crucified Santa Claus in the Christmas parade, so yeah things got a bit out of hand in that campaign.

"We had such a huge party there was babies born all over the country as a result of that election.

He said Lisa Reihana, who exhibited at the Venice Biennale for New Zealand last year, had done their stop-motion election advert showing "The Great Leap Backwards", which was used at several elections.