The Reverend Paula Stone Williams knew she was transgender from the time she was 3 or 4 years old.

Nevertheless she spent the first few decades of her life as a married man with children forging a highly successful career in American evangelical ministry.

But her sense of herself as a woman never went away. 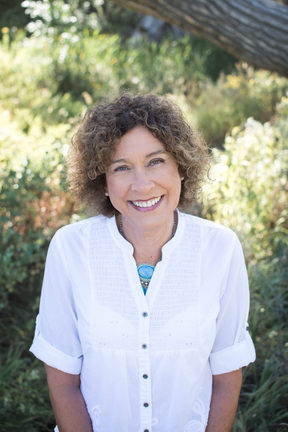 "And it just kept calling throughout my life and later in my life I realised I think I have to do this."

By the time she decided to transition she was the CEO of a large religious non-profit, a national TV host a national columnist, a seminary professor and a preacher at a number of mega-churches.

"I was a pretty successful white, American male. And when I came out as transgender I pretty much immediately lost all of my jobs."

And the social backlash was just as swift.

Williams says she had hoped at least some evangelicals would see her transition as a chance to question their views on gender.

She didn't think she'd return to the church, but a chance meeting led her back to the pulpit.

"One of my old friends introduced me to a pastor in Denver. He had lunch with me and within 3 months I was preaching."

She now preaches at the Highlands Church, a 900-person congregation with evangelical traditions of worship that is about 30 percent LGBTQ.

Apart from the ostracisation from friends, church and the inevitable problems caused in her family, Williams had to cope with something else.

She was now a woman, who knew full well what it was like to be a privileged white male, and it wasn't good.

"I think I knew there would be differences, but I had no idea how massive.

"In my case I'm in the unique position of having lived life from both sides."

She says the common assumption now is she's less intelligent than she once was.

An example is a flight she took from LAX to Honolulu - Williams is a very experienced flyer with over 2 million miles under her belt.

"It was an incredibly bumpy flight and the woman next to me said 'it's so bumpy. Why is it so bumpy?'

"I said 'well we're on an Airbus 321 and they're a little bit underpowered for these trips so he has to wait until he burns off some fuel and then he can get up above the weather but until then we're going to have to go through the weather. She looked at me like I had seven heads.

"And then a male flight attendant comes along and she says to him 'why is it so bumpy?'

Williams says she told her wife she had no idea just how bad it was - her wife was not impressed.

"She said 'I tried to tell you this stuff for decades, and you just wouldn't listen'. And it's just so true. I thought that I was pretty egalitarian and that I was one of the good guys."

She says women who transition the other way have the opposite experience.

So as someone who has seen life from both sides what's her message to men?

"Talk less, listen more. First understand and maybe don't even seek to be understood because the culture's already made sure you're understood."

Awa's story: Being who she wants to be 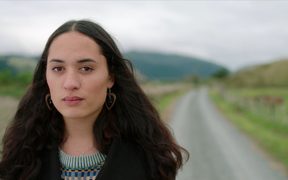 Awa Puna is an openly transgender 18 year old from the Kapiti Coast, north of Wellington. She talks about becoming her authentic self and the problems with getting gender reassignment surgery in New… Video, Audio

Listen duration 30′ :51″
Add to playlistPlaylist
Download
Awa's story: Being who she wants to be
Tags: