James Briscione: flavours that long to be together

Apple and cinnamon, pork and apple, bacon and maple syrup, cream and jam... we know some flavour marriages are simply made in heaven.

But what about blueberry and horseradish, asparagus and coconut, avocado and cocoa, or clam and melon? 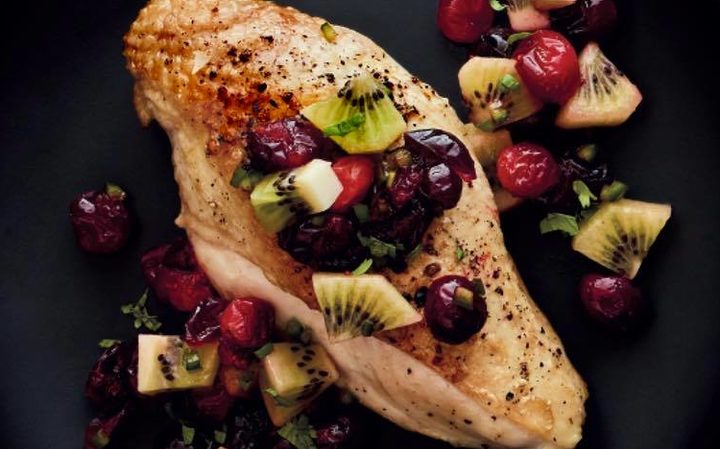 Chef James Briscione and his wife Brooke Hayward have written a guide to the chemical components of flavour and which work together.

He takes Jesse Mulligan inside The Flavor Matrix.

As an instructor at one of the world's top culinary schools and two-time winner of the cooking show Chopped, Briscione used to think knew a bit about how to match ingredients.

Then the Institute of Culinary Education – where he is director of research – teamed up with IBM to work on a supercomputer that could analyse flavour on a chemical level.

Briscione was at first highly sceptical of 'Watson'.

"I was like 'No way can some fricking computer know more than I do, I've been doing it for 15 years." 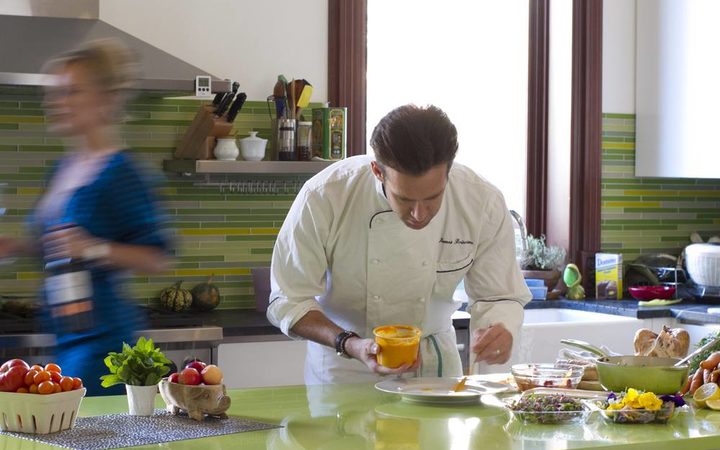 Watson crunches data to give a deep chemical analysis of the specific components of each ingredient's flavour – and match them with others that are compatible.

"The matches come when there's a high percentage or a high concentration of shared compounds between two ingredients."

Our tongue reports on broad aspects of flavour such as whether a food is sweet, sour, umami, bitter, salty or fatty, but otherwise, it's our nose that perceives flavour, Briscione says.

But while aroma is the foundation of how we perceive flavour – and the word often comes up in relation to wine – it's not much discussed in relation to food. 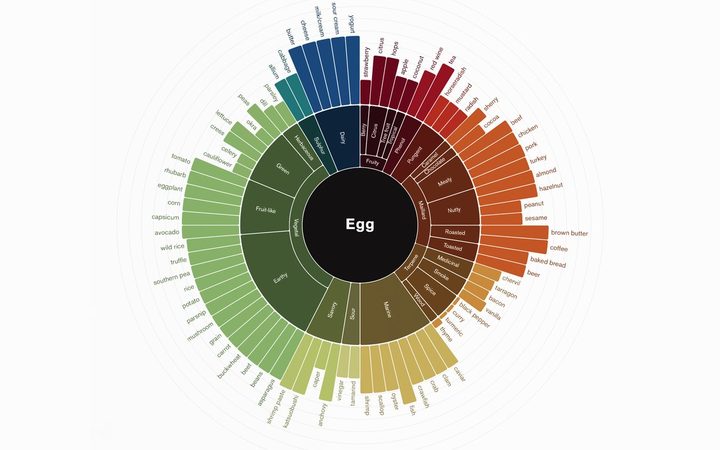 The Flavor Matrix – which includes aroma wheels of different ingredients – is the first book to make the science of flavour [and aroma] accessible to cooks and chefs.

On the aroma wheel for lettuce, "all the bars are very big and spiky and sticking out on the green grassy aromas", while coffee's aroma wheel has "wild spikes all over the place" pointing towards roasted, toasted, caramel, fruity and herbaceous.

The citrus and spice aromas and earthiness of coffee are what makes it a good match with carrots, Briscione says.

Just as carrots are more delicious roasted, the 'roastiness' of coffee flavour can add depth and intrigue.

"Think about coffee as 'roasting flavour' on steroids."

Chicken, mushrooms and strawberries all share a flavour base and work "really, really well" together, he says. 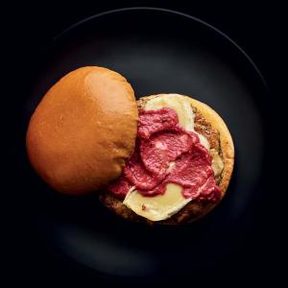 One of his favourite recipes in the book is for a chicken and mushroom burger with a strawberry ketchup – basically, a savoury strawberry puree made with shallots, onions, garlic, mushrooms and fresh strawberry.

Briscione is a big fan of golden kiwifruit, which he says is a "fantastic match" with chicken and cranberry.

He wasn't surprised to find the pairing of lemon and olive – as found in "every Mediterranean fish dish out there" – made the top ten, but wanted to do something unexpected with the combination.

He came up with a "rich and tart and sweet and creamy" dessert – Lemon Curd with Crunchy Olives.

"I love little salty bits in desserts, so i thought let's sweeten these olives with a little bit of honey and dry them out, break them up and sprinkle them over." 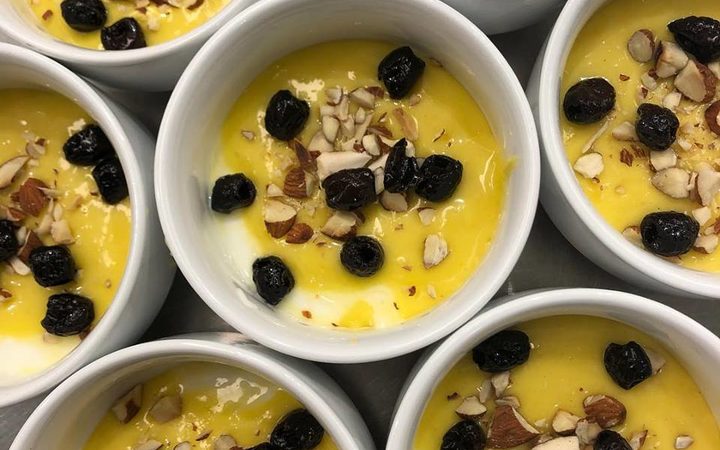 The chemistry of flavour – which British chef Heston Blumenthal started exploring 20 years ago – is to cooking what analytics is to sports performance, Briscione says.

"Now we're accessing all the information so we can make the best decisions and the best predictions about what we do."