Helen Brown: the three cats that healed me

A cuddly black cat, a high-spirited white cat and a sweet, bedraggled tabby all turned up in Helen Brown's life at just the right time.

“Each cat really was a healer for me and my family,” the New Zealand-born writer tells Jesse Mulligan. 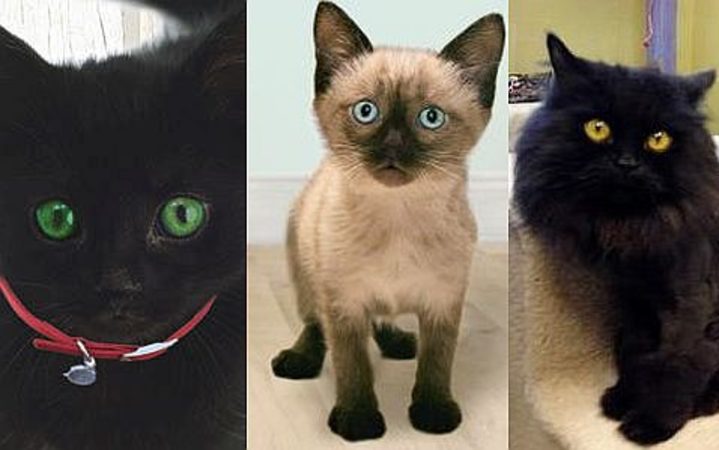 In 1983, Helen's nine-year-old son Sam was killed by a car on a Wellington road.

Before his death, Sam had become entranced with a little runt kitten, Helen says.

“He saw this little black runt of a kitten and he said ‘Oh mum, please, please, I really want that cat. Can I have it for my birthday? I want to call it 'Cleo'.’”

“Our family was just decimated, and our lives blown apart. Then one day, weeks after the funeral, this woman appeared on the doorstep with what I thought was just a toy in her arms, but it turned out to be this little kitten that Sam had chosen.”

“He ran out and said 'Mum it’s Cleo, Sam’s kitten. Welcome home, Cleo’ So we knew we were stuck with the cat at that point.”

Not that Helen regretted it.

“She brought smiles into our household.”

She also brought comfort to a traumatised Rob, Helen says. 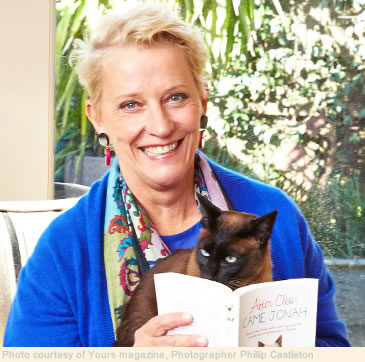 “Since Sam died, Rob was too scared to sleep in the bedroom the two boys had shared. But with Cleo, he was able to go back and sleep in that room again because he had something to cuddle – she was just always there.”

Helen's 2009 book Cleo: how a small black cat helped heal a family has sold more than 2 million copies and been translated into 18 languages.

Cleo lived for many years, but when she died for a while there was no feline presence in the family home.

Later when Helen was convalescing from breast cancer treatment, the next cat appeared.

Helen's sister – who was staying with her while she recovered – told her that she'd seen something Helen might like, but would say no more.

With her curiosity piqued, Helen went outside with her sister.

“There was this little white kitten climbing up the wire. He had these huge blue eyes and he looked at me and he put his paw out through the wire and he chose me.”

Jonah was quite a character and a little destructive, but Helen fell for him.

“He was such a great healer, he got me laughing again.”

Helen's book about him After Cleo, Came Jonah was published in 2012.

A little later Helen says she had something of a personal identity crisis that ended up with her living in a “dive” in Manhattan.

“We’d been married 22 years, the kids had all left home and I went through this very weird phase.

“I felt this terrible need to go away and find out who I really was.”

Rather than a remote island, Helen chose the Big Apple to rediscover herself.

“What better place to be alone than in a city full of millions and millions of people?”

In New York City, another cat entered the story.

“I was talked into fostering this homeless cat, so again I didn’t choose this cat."

As a child, Helen regarded animal shelters as bleak places of fear and death.

When she arrived, the shelter volunteer was delighted, and spotting a peaceful, dozing tabby Helen was – temporarily – relieved.

“Suddenly this wild thing flew across the air, a hurtling ball of fur, and that was Bono.”

Bono, who had washed up in Long Island after Hurricane Sandy, was in bad shape with long, matted, flea-ridden hair.

To deal with the fleas, Bono had been put under a general anaesthetic and had part of his fur shaved off which had given him a “crazy, punk look”.

He also had advanced kidney failure, so wasn’t going to be around for long.

“The owner says ‘He’s going to die in this shelter, just give him a holiday.”

So back to Helen’s midtown Manhattan apartment Bono went.

“I started to really fall in love with him. He had such a sweet nature, and I saw elements of myself in this cat. He was a bit scruffy, a bit unwanted, he didn’t know what his future was and we bonded and I thought 'Oh, we’ve got to find you a home'.”

Bono’s joyful acceptance of life was an inspiration, she says.

“He was so grateful it made me think 'What on earth was I thinking? That my life was in New York?”

She set about trying to find a home for Bono by blogging about his plight on the Huffington Post.

These blog posts later became the new book Bono: the rescue cat who helped me find my way home.

A film adaptation of Cleo: how a small black cat helped heal a family is now in development. Filming in Wellington and Auckland is scheduled to begin later this year.