Many Aucklanders are having their first ever restaurant experience at a pay-as-you-feel restaurant in St Kevins Arcade on Karangahape Rd.

Every Monday night, volunteers cook and serve a three-course meal of rescued food to 250 diners at Everybody Eats. 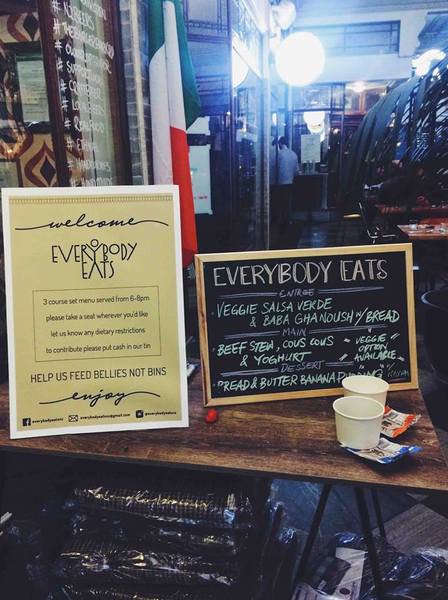 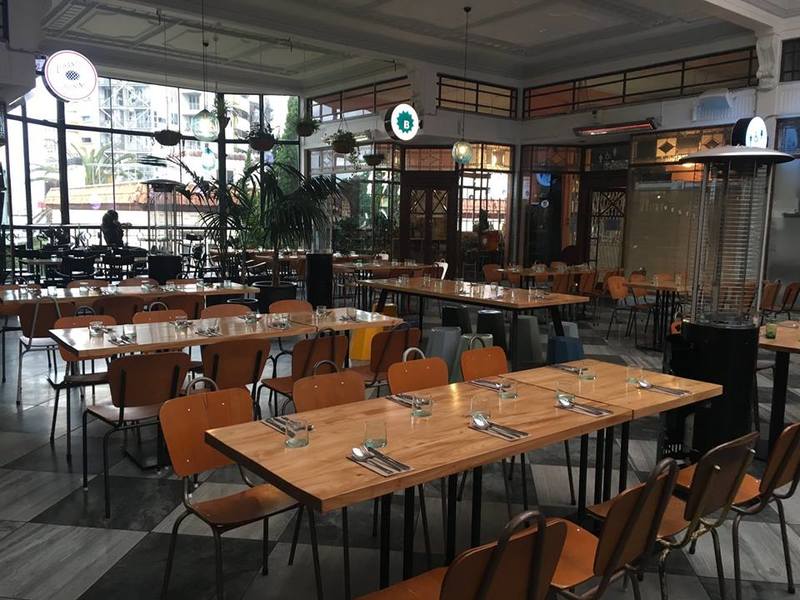 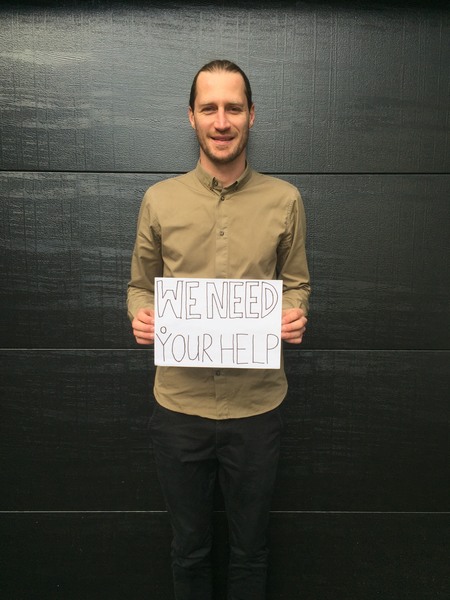 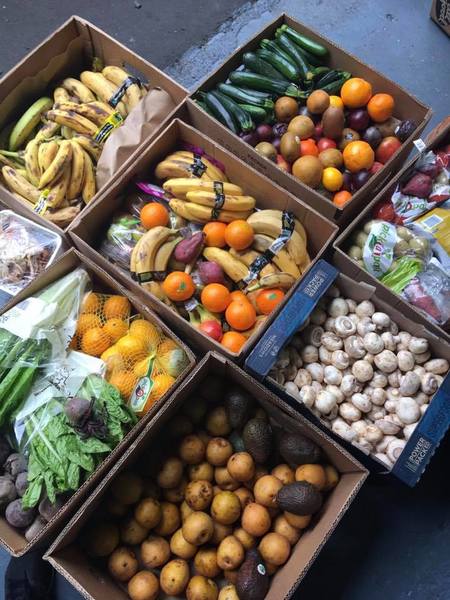 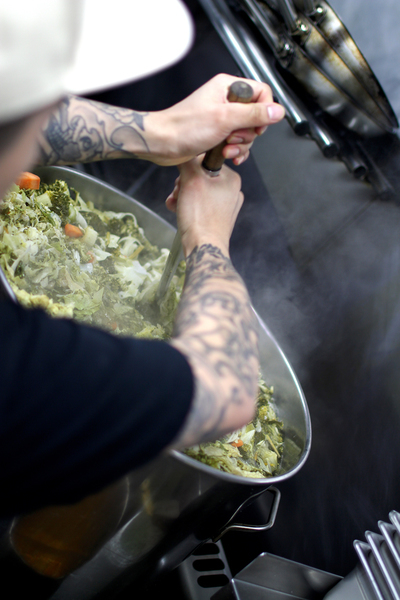 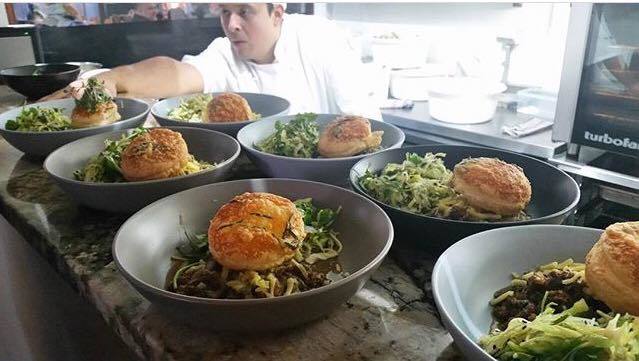 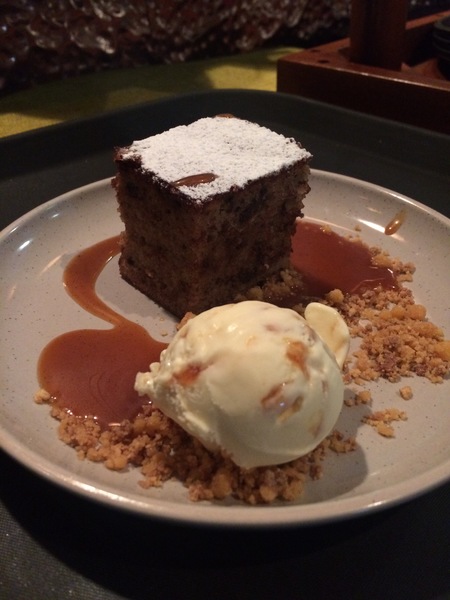 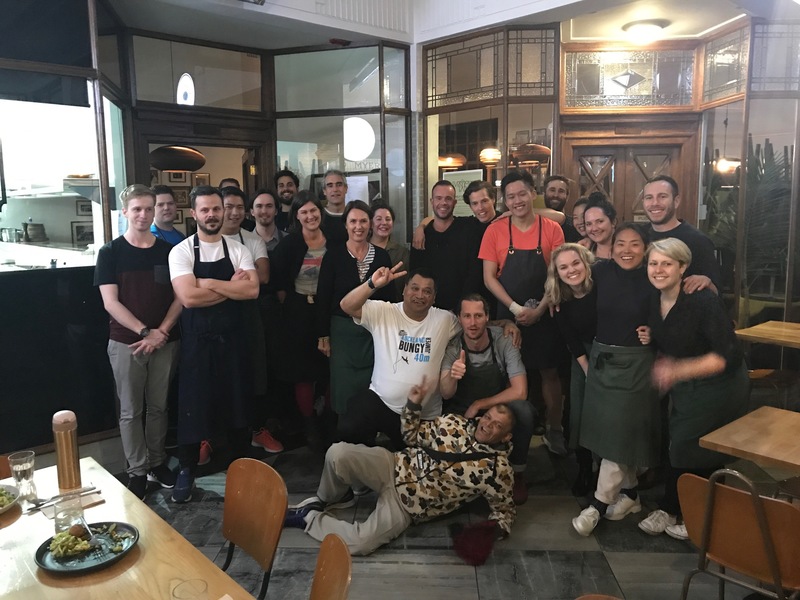 It's magic to see people who've lived on the streets for decades engaging in meaningful conversations with suited lawyers over a bowl of hot soup, says Nick Loosley, who launched the social enterprise last June.

The current Everybody Eats location – acclaimed Lebanese restaurant Gemmayze Street – is temporary and they're fundraising to set up as New Zealand's first permanent pay-as-you-feel restaurant.

Nick says he learnt the full extent of New Zealand's paradoxical food poverty and food waste problems while researching his masters in green economics, which he describes as "trying to save the world from humans".

"A lot of the population can't afford to feed themselves and at the same time we're throwing away around one-third of the food we produce."

Everybody Eats – whose motto is 'feed bellies, not bins' – currently collects commercial food waste from New World Eastridge and KiwiHarvest.

Neat Meat will come on board soon.

Chefs from some of Auckland's most prestigious restaurants have volunteered their time.

"Somehow we're able to get these chefs who are particularly hardworking and underpaid to come and give up their day off to do what they do on every day."

They love using their skills to do something positive for people who are more like them than their typical customers and also the "ultimate mystery box challenge" of cooking a meal for 250 with whatever food has been rescued that day, Nick says.

A typical "accessible and nourishing" meal could be carrot and ginger soup with freshly baked bread, followed by shepherd's pie with a side of greens then stone fruit crumble with vanilla ice cream.

Anyone and everyone is welcome at Everybody Eats, but about 75 percent of diners are people suffering food poverty, Nick says.

The restaurant is a "social leveller" where everybody gets exactly the same food, service and experience.

"[For some] it's the first time they've been served at a table by a waiter that asks them how they are and tops up their water.

"I've seen people who've lived on the streets for decades sitting opposite lawyers wearing suits, engaging in meaningful conversations over a bowl of hot soup … For me, those interactions are the magic that makes what we're doing slightly different.

"It's an amazing thing to bring different people from different walks of life together around food. For me, food is the most powerful tool we have for bringing people together."

With the help of supporters like TOMS Shoes, Everybody Eats is trying to raise $120,000 on PledgeMe for a permanent restaurant.

Nick says he's keen for anyone else around the country to go ahead and set up their own pay-as-you-feel restaurant.

So far he's been contacted by people in Christchurch, Hawke's Bay, Wellington and Palmerston North.

"If they want to do it off their own back, I'm happy to provide the advice and the IP [intellectual property], if they want me and everybody eats to come and help them, we'll do that, too."