The secret life of the octopus

The octopus – an inquisitive escape artist with three hearts that can recognise itself on video – is one of the most intriguing of sea creatures. Dr Jean McKinnon knows more than most about the ways of the octopod. 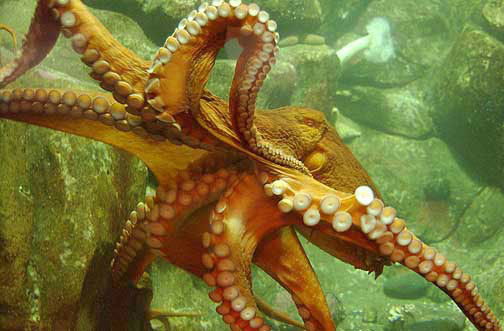 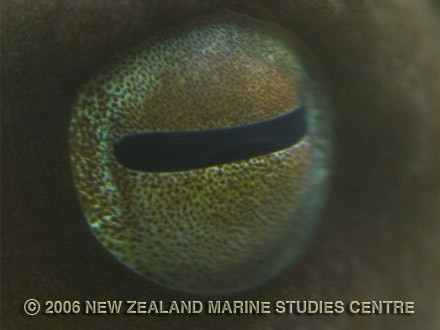 The eye of the octopus (New Zealand Marine Studies Centre) 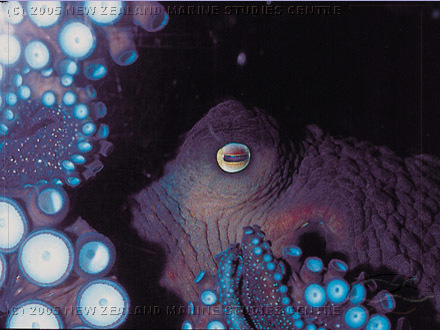 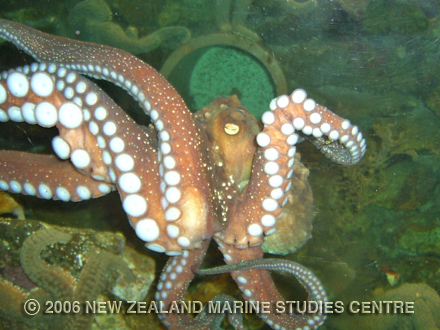 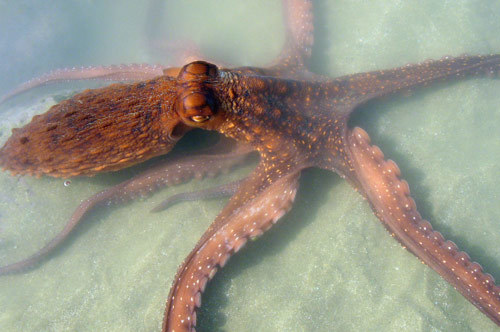 Inky the octopus hit the headlines when he legged it out of Napier Aquarium last year, squeezing through a gap in his enclosure and down a narrow drain into the ocean.

Their intelligence is equivalent to a dog or a small child, she says. “What they can figure out, they’ll do.”

When Sid the octopus made similar repeated dashes for freedom from the university’s Portobello Aquarium they released him.

"We decided he was of an age where he was probably starting to think about mating."

The impressive physical skills of the octopus include changing colour to make itself harder to spot during an escape – by releasing a cloud of ink it can turn pure white.

Taste buds on an octopuses arms enable it to figure out whether what it's touching is edible.

"It’s like having a little puppy in the tank. They’ll quite often get into mischief.”

“After that, we had to let her go because she was too expensive – she blew the lights just about every time they turned them on."

Another took a dislike to a staff member and regularly jetted two or three litres of water down her neck.

Unusually, an octopus has a "notion of self", McKinnon says.

Research in Canada has revealed some have the ability to recognise themselves on video, unlike a puppy which will "go berserk" if it sees its reflection in a mirror.

While the highly venomous blue-ringed octopus – found in tropical waters, including around Australia – can be deadly, species in New Zealand are not usually dangerous unless you happen to be allergic to the venom they produce to kill prey.

They typically live only two years.

Shortly after, the male dies and the female stops eating, For her remaining 80 or so days, she devotes herself to looking after the eggs.

When they hatch, or are about to, she leaves the rock cave and goes away to die, so scavengers are not led to where the babies are.

Unlike we humans who store and burn fat for energy, the octopus metabolism is based on protein – as a result, they have to eat a lot.

Their large appetite for crayfish, crabs and fish means their bodies can accumulate heavy metals such as cadmium, lead and chromium, if their prey has been exposed it.

New Zealand has 42 of the few hundred octopus species in the world.

Numbers around New Zealand may be declining as habitats are damaged by sediment from deforestation and mining, McKinnon says.

Rocky reefs such as those around Otago, Lyttelton and Akaroa harbours are the nocturnal creatures' favourite hiding places.

"They squeeze into the teeniest of gaps, and hole up during the day.”

Most often they crawl along in the water, but will swim if threatened.

And why three hearts?

Compared to the human four-chambered heart, the octopus heart is simple, with only a single chamber. To get blood and oxygen circulating quickly enough, it needs three on the job.