The dams that supply Auckland's water

If you live in Auckland and have ever wondered where your water comes from, then thank the city planners of 100 years ago.

Auckland's water supply, unlike its transport system, is in good health because of the vision shown in the late 19th and early 20th centuries.

Auckland's water is largely derived from dams in the Hunua and Waitakere ranges, about 80 percent, with the Waikato River making up the rest. 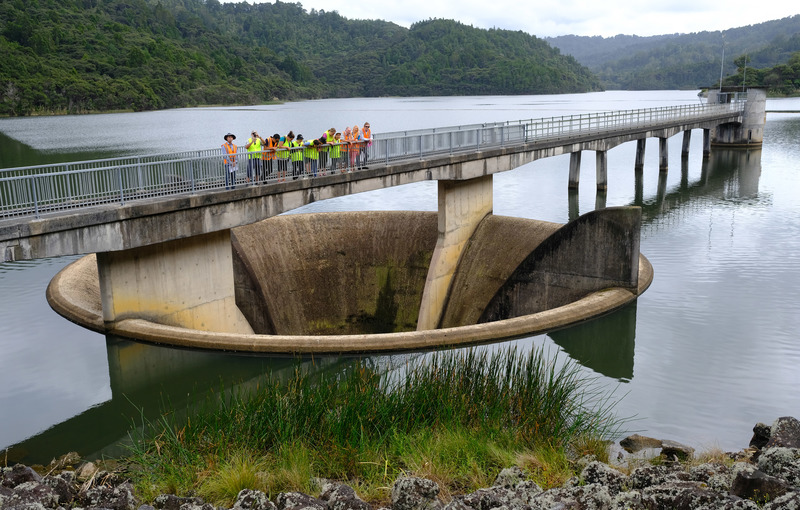 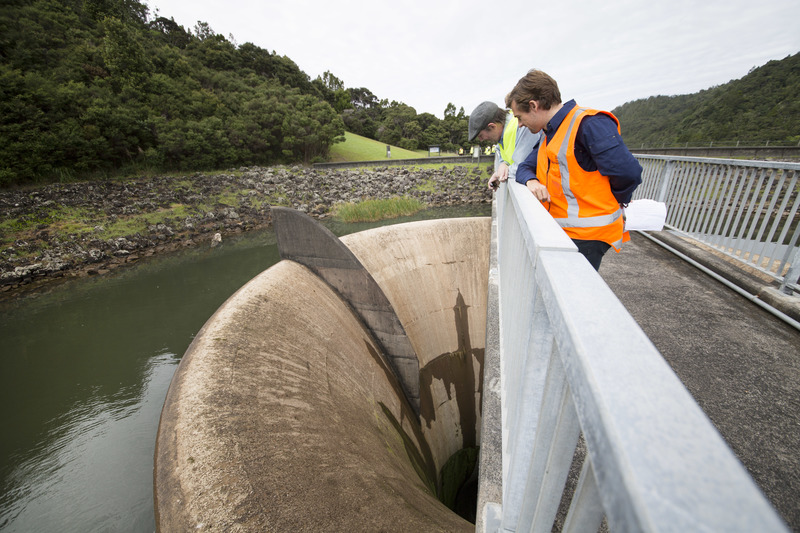 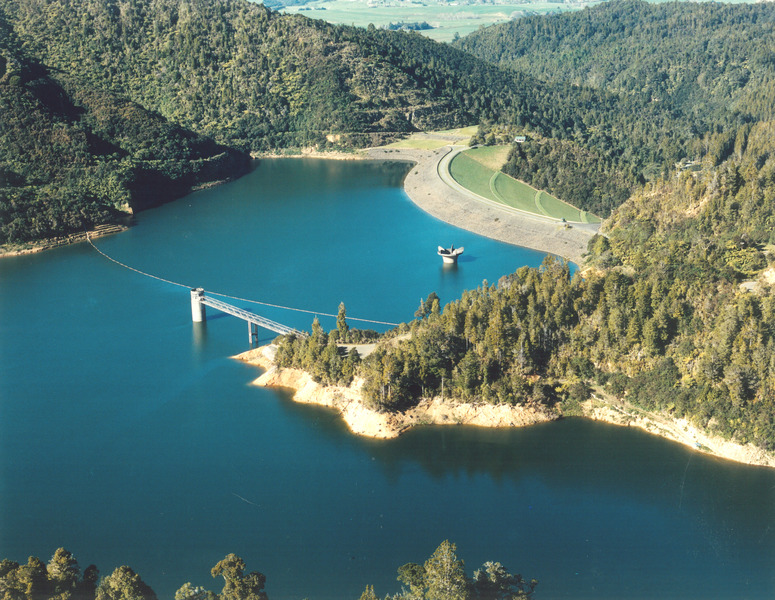 Mangatawhiri before and after the Tasman Tempest 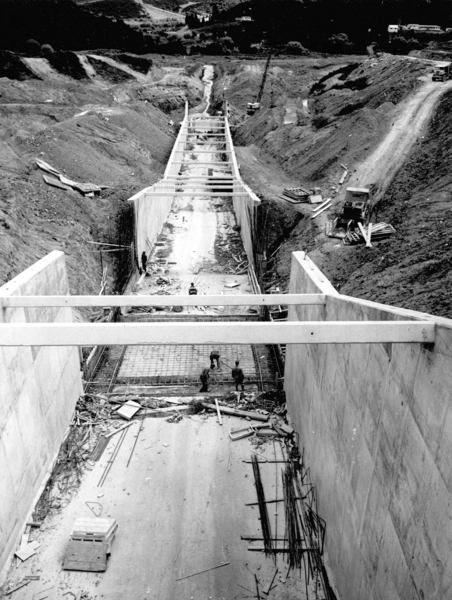 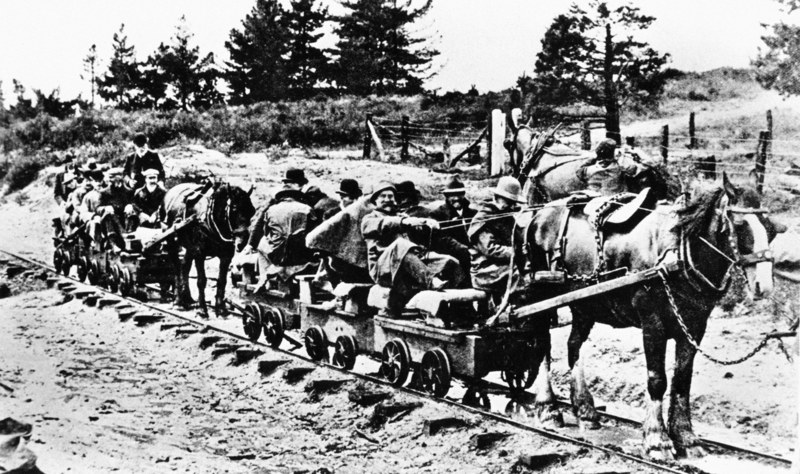 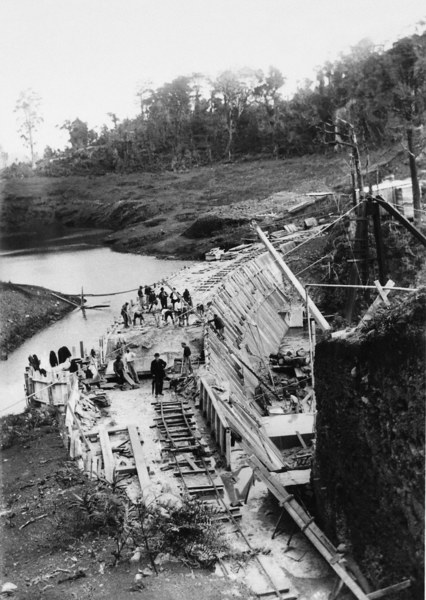 The Waitakere Dam under construction in the early 1900s 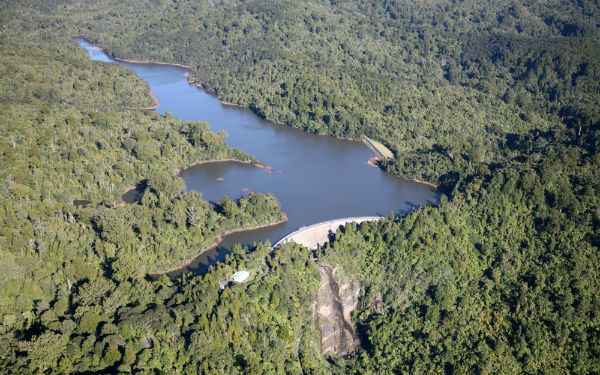 The dams are pretty incredible to see, and guided tours have been attracting people from all over the city to see how these huge concrete creations supply the region - and what happens when things go wrong.

Watercare headworks manager Joseph Chaloner-Warman says the first dams were built in the Waitakere ranges when Auckland's original water sources were exhausted by a growing population.

"Auckland got dams for water supply in the early 1900s. The early water supply for Auckland were the duck ponds in the Domain and Western Springs.

"Engineers looked to the hills around Auckland for future water sources and the first Waitakere Dam was constructed in 1907 that exists today and is in supply as we speak," Chaloner-Warman says.

In the 1920s civil engineers realised there wouldn't be a suitable volume of water in the Waitakeres to supply Auckland in the future so they went and surveyed the hills in the Hunua ranges - by hand.

"They proposed five dam sites, and four of those five dams were built."

"They nailed it. The development of the dams really facilitated Auckland's growth," Chaloner-Warman says.

Auckland's dams are made of compacted earth and rely on gravity to feed the city. They capture rainfall, the water sits there and settles so less sediment reaches the treatment plants.

"Most of these dams are gravity supply, the water from all the dams gets to Ponsonby without being pumped once."

Watercare has programmes to capture migrating fish and eels and set them on their way. Some of the eels get pretty big too

“Some of these eels are really big, they live up to 100 years old. About 10 kilos is the biggest one I’ve caught.”

“That still sends a shiver down my spine … We received the better part of four months of rainfall in a month in March last year. Two months in 24 hours.”

Damage to ranges was extensive and the dams turned to silty, muddy lakes.

“They looked like a badly made coffee,” Chaloner-Warman says.