Throughout music history there have been many duos that worked so well they have become known more as the sum rather than the parts.

Last week it was feuds - this week we're going the opposite direction for our music feature.

University of Auckland's Godfrey de Grut knows a thing or two about great duos. He's worked with artists ranging from Che Fu and Hollie Smith to even doing a keyboard session with Kanye West. Godfrey brings his list of great duos to discuss with Jesse.

The duos include Steely Dan's Donald Fagan and Walter Becker, a husband and wife Disney songwriting combination and the pair behind a Julie Andrews' The Sound of Music classic. 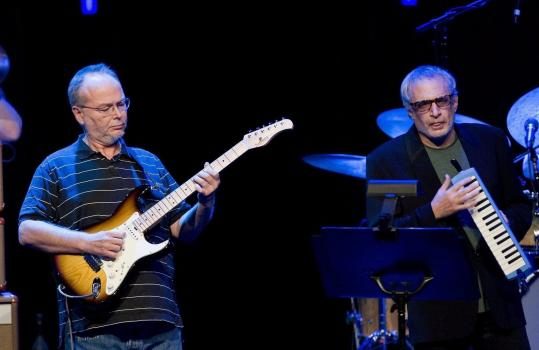