'People with hearing aids - that wasn't me'

Cartoonist and illustrator Toby Morris always knew his hearing wasn’t good but it wasn’t until his 30s that he became increasingly aware it was affecting his relationships with people.

His hearing loss is hereditary (he’s relieved at least it wasn’t anything to do with playing bass in a hugely loud band) and he has only 40 percent comprehension in noisy settings. 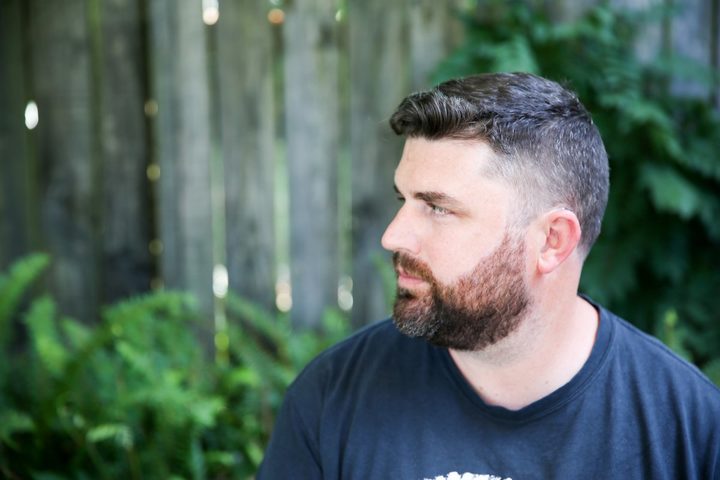 Morris, 37, says he tuned out at parties and bars or in meetings when lots of people were talking at once.

“You find ways to adapt and get through things. But I definitely did a lot of laughing when everybody else laughed in situations over the years.

“I’m sure I missed out on heaps – I think it has affected my personality in a way. I tend to be someone that prefers catching up with people one on one to a group situation.

“I have the feeling that lots of friendships get formed … in little under-the-breath things that you say to each other. Lots of times people have nudged me and said something quietly to me and just have no idea what they said.”

“These days I’ve got hearing aids and they’re synced to my phone,” he says. Videos, games, map directions and podcasts go directly into his ears “It makes me feel like a bit a cyborg - but it’s kinda cool.”

But Morris says he dragged his heels “for ages” over getting them.

“Really slowly getting hearing tests, and even once I had hearing tests done to build up the courage, I guess to go and do it.”

Part of that was pride and being staunch. “I didn’t want to feel like that I was ‘defective’ in some sort of way or that I couldn’t handle things. I’d gotten along just fine and managed to get by all those years.

“It made me realise there’s an element of ableism to it too. When I really thought hard about it, I think I did have a sort of a prejudice that people with hearing aids or deaf people … that wasn’t me.”

The decision wasn’t made any easier by the $6000 cost, and it took a while to save up. “I don’t think many people are spending six grand lightly.”

He got the hearing aids a year ago, and remembers the first time he went to a noisy bar with five or six mates. It was incredible to actually follow the conversation, he says.

The unexpected thing was people either didn’t notice the hearing aids - “they’re quite subtle” - or were cool about it.

“When you see someone with glasses you don’t say to them, ‘wow, you must have really bad eyesight’.

“I was pleasantly surprised to find that about hearing aids too.”