Jonathon Green’s slang dictionary has nearly 800 words for madness, about 1700 for having sex and 4500 for getting drunk. 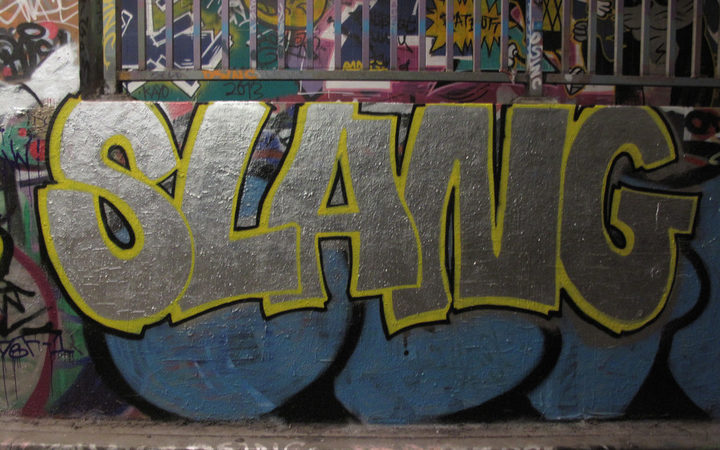 Green spent decades creating his dictionary and says slang is revealing and worthy of our attention because it gives voice to our lusts, fears  and self indulgences.

“It may have all these words for sex but it has no word for love. It’s a sceptic, it’s a cynic, it’s a naysayer, it’s also funny, it can be very coarse.

“Above all, if you add them all up, all the many aspects … it’s a language that represents us at our most human.”

“This is how we are as people.

"It’s stereotyped it’s banal at times it’s clichéd  - but I’m afraid so are we.”

Slang works on themes, he says, and one of them is bashing people.

He’s recorded 435 words for murder, among them ‘merk’, ‘to bake someone’s bread’ and ‘put to bed with a shovel’.

“Most slang words for sex, I’m afraid, mean man hits woman,” Green says. “Most slang words for penis are a gun, a club, a knife, a dagger – in other words some kind of boys’ toy. And most words for vagina tend to come from a male point of view and it’s a nasty tricky dark corridor which may have teeth. These are stereotypes.

“And the difference between the two or three words you find in the 16th century and the several hundred that you’re finding now, the fact remains that you’re still seeing those themes."

Discovering an older version of a word – as he did with ‘dis’ is the lexicographer’s “Holy Grail”, he says

The word, meaning disrespect, used in the 1980s and 1990s, was thought of as modern and African-American in origin. But reading a newspaper from Perth, Australia, from 1908 he discovered in a poem, seemingly by one journalist to another, the phrase ‘don’t dis me’.

And it’s hard to keep up with the amount of information.

“[My son] said ‘look at all the tower blocks in London – they’ve all got their own slang and you’re not going to get it’. I’m afraid he’s right.”

Green says different cities have different slang, and in the internet age there’s no real excuse not to hunt it down for a database – but it may be his successor who ends up taking that on.