The benefits of being bad

Being bad isn't all bad. And by being bad we're talking about things like drinking, swearing, having sex, wasting time and driving too fast.

There is psychological science evidence that these 'bad' behaviours have hidden upsides according to Dr Richard Stephens, a senior lecturer in psychology at Keele University in the UK. 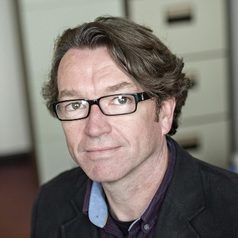 Stephens has won awards for his research into why we swear. He casts the net of social taboos wider and pulls together the research on the downsides and benefits of a variety of vices in his book: Black Sheep: The Hidden Benefits of Being Bad.

He told Jesse Mulligan nothing is black and white when it comes to drinking, fast driving and swearing.

Human beings, he says, need to take risks to remind ourselves that we are alive.

However, the trick is to take only the kinds of risks that will be to our ultimate benefit rather than ones that are likely to kill us.

“Risk-taking is often looked upon as irresponsible and bad - but there are hidden benefits of being bad, not just for the individual transgressor but also more widely. I can say this with some confidence because I am basing it on science.”