Learning a Māori word a day

The biggest challenge in producing his book A Māori Word a Day was picking just 365 words, says author Hēmi Kelly. 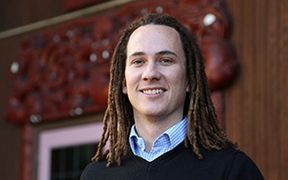 The book grew out of a collaboration with Witi Ihimaera whose novella, Sleeps Standing Moetū, Kelly translated. The publisher then approached him with the idea of a te reo book.

"We wanted to create something that was friendly, easy, and something that anyone could pick up regardless of where they're at on their reo journey," says Kelly, a lecturer in te reo Māori at AUT.

To select several hundred words from a possible 20,000 - 30,000, Kelly concentrated on choosing the most useful and relevant to people in Aotearoa.

He started with a Kiwiana theme - the beach, swimming and jandals - and went on to other words that people would use often.

There are pronunciation tips so readers can avoid saying something completely different to what they may have intended. For example, keke (cake) with a mispronounced vowel sounds can turn into kēkē (armpit). 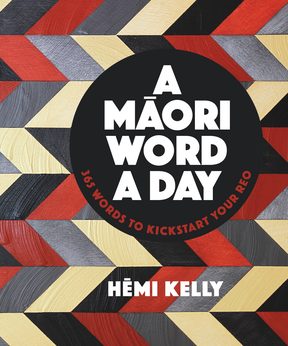 It's been 30 years since te reo Māori was declared an official language of New Zealand.

Kelly says more and more people have been coming to learn Māori at AUT in the last three or four years, to the point where it can't meet demand.

"A number of them aren't Māori - a number of non-Māori are showing more interest.

"I think we're in a much better space than we've ever been in the last 30 years."

Kelly learned Māori as a teenager, and encourages others to take it up if they have an interest. Knowing the language made him feel more complete, he says.