Sarah Aiono couldn't see her "rambunctious outdoor kid" sitting on a mat and conforming, so from age five he spent three days a week at Longworth Forest – a nature school near Napier. 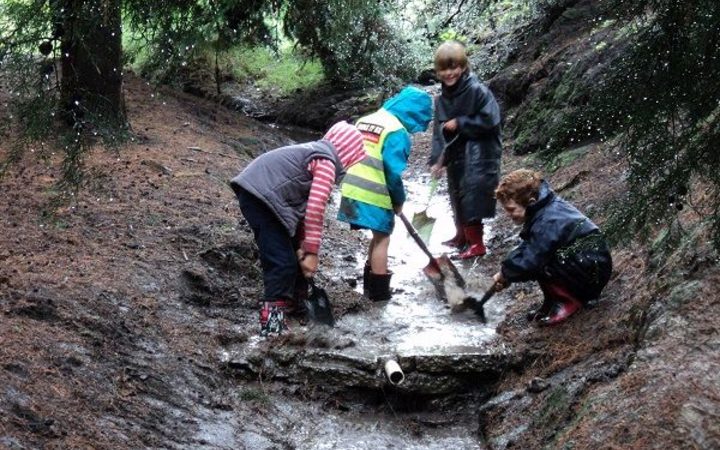 Aiono is now co-director of Longworth Education whose teaching model was awarded a global award for innovation by Finnish education experts HundrED.

Four years ago ex-teachers Linda and Bruce Cheer set up their own on their 1.6-hectare lifestyle block – which happened to include a forest.

"In Hawke's Bay, we have such amazing weather most of the time, yet kids are spending a full six hours a day inside four walls."

The school was originally just for 5-to-7-year-olds in the area, but now hosts visiting teachers and classes and workshops based on their teaching model are held around the country.

Forest or nature schools – where children spend the majority of their learning time outside – are popping up in Canada, the UK and Scandinavia.

It can sound "hippie" but research proves children learn important skills through the risk and challenge of play, especially outdoors, Aiono says.

"What the research shows is that children are working at a much higher cognitive level when they're playing. They're engaging the executive functioning skills – skills neuroscientists are saying are key indicators for success in adulthood."

It's a misunderstanding that play isn't learning, she says.

"The confusing thing about play is that it just looks like a lot of fun, which isn't what learning should be because we have the idea it should look like work."

At Longworth Forest, the children learn reading writing and maths outside, usually while they're eating.

"A captive audience while they're having their morning tea, get through their reading … and then back to play in the forest."

It's exciting times for education in New Zealand, Aiono says.

"The Ministry [of Education] are talking our language … It's early days, but we'd be excited to see – even within a mainstream setting – teachers making a purposeful decision to have their children playing both inside and outside and having an opportunity be grounded in nature."