It's that special time of year again in the New Zealand Twitterverse – #nzsecretsanta time. 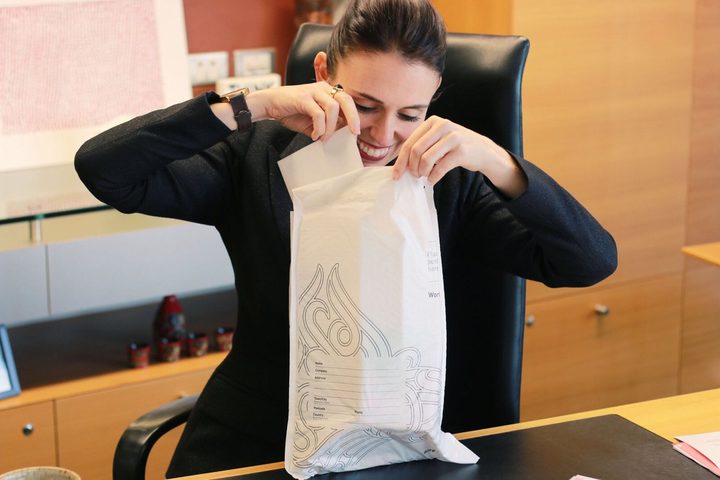 This year, a record 3,623 people – including the prime minister – signed up to send an anonymous gift to another Twitter user and receive one back.

New Zealand Post facilitates NZ Twitter Secret Santa and people in other countries often request how they can get it going overseas, their social media specialist Libby Greatnews says.

"It's a bit of a bummer for them when we tell them 'We're actually a courier and logistics company so it makes it easy for us to coordinate'."

When people sign up for the game, they're randomly assigned another New Zealand Twitter user. They then peruse their profile to "sleuth" out a gift the person might like based on their tweets or social media presence.

The gifts are sent to an NZ Post storehouse and forwarded on.

It's here!!! Thank you so much #nzsecretsanta I love it all, I've wanted this book for my girls for ages especially! Oh and to those interested, the pin will give away who my santa was...... pic.twitter.com/xp59DFMOcc

Although it's suggested you spend ten dollars on the gift, people can spend as much or as little as they like, Greatnews says.

"Some people are craftier than others."

The Twitter for Dummies handbook is a common present, but Greatnews has also seen personalised notebooks, personalised mugs, favourite flavours of tea, action figures and even an iPad gifted by a telecommunications company.

RNZ science commentator Siouxsie Wiles got a handmade calendar illustrated with pictures of Lego constructions that she and her daughter had made together.

One person announced on Twitter today she'd opened a gift which included the children's book Good Night Stories for Rebel Girls, natural beauty products and a pin from the Asia-Pacific Economic Cooperation (APEC).

She knew right away that the prime minister – who attended an APEC conference in Vietnam in November – was her Secret Santa.