Critter of the Week NZ Cicadas: Kihikihi and Tatarakihi 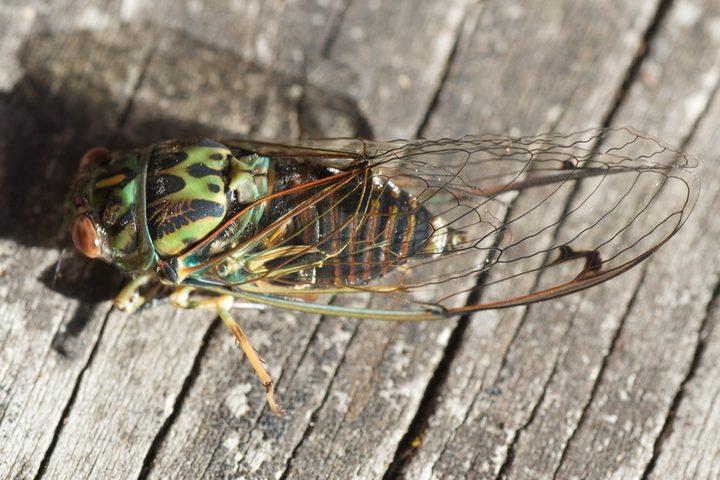 New Zealand has about 40 species of cicada - all of them unique to us. There are about 2500 species known worldwide.  Our cicadas are in five Genera, three of which are endemic as well - Amphipsalta, Rhodopsalta and Maoricicada.  The other two genera are almost ours - each have only one or two representatives in Australia and Norfolk Island - Notopsalta and Kikihia.

Spending years buried in the soil feeding (the record goes to an American species spending 17yrs underground), the life of a cicada as we know (or hear) it, is all about mate attraction and reproduction.
The male song is produced by the rapid movement of a tymbal (like a plate) which oscillates up to 600 times a second.

Behind the timbals, most of their abdomen is hollow, which is effectively a chamber to amplify the sound.
They want to mate, get the eggs laid and die. 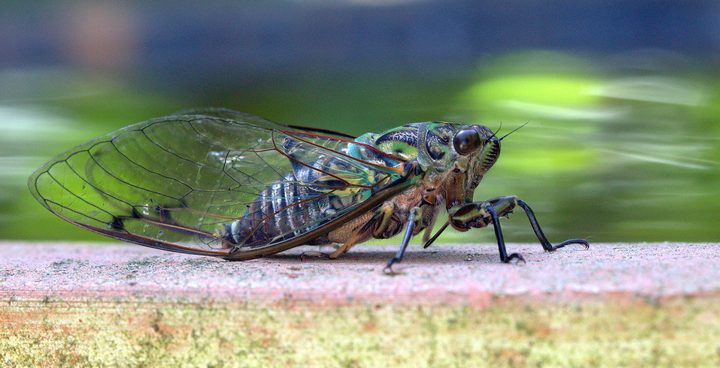 Sandy Werner in Porirua sent in this picture of a cicada on her bird bath.