Kiwis over 50 binge-drinking more than any other nationality

New Zealanders over the age of 50 are drinking more often and more heavily than older adults in other countries, according to a new study led by researchers at Massey University and the University of Auckland. 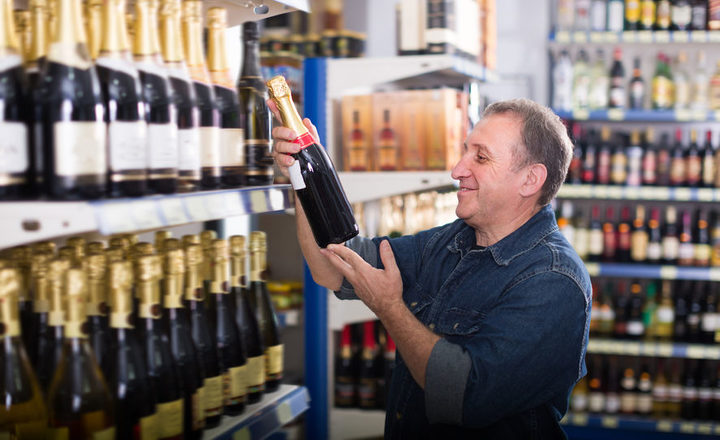 A third of New Zealanders in this age range drank four or more days a week – close to the average English person but four times more often than the average Russian or American of the same age, said one of the study's authors,  Andy Towers.

"Every time I talk about this research the one thing that comes up first off the bat is how is it possible we're drinking more frequently than Russians?," Dr Towers said.

One – you drink more if you can afford it.

"We have more baby boomers in New Zealand and the UK who have wealth. This is the generation who has considerably more wealth relative to other cohorts."

Two – the average life Russian life expectancy is below 65 so it's possible that a lot of heavy-drinking people there don't make it to older adulthood.

"It looks like they're drinking less, but it's just they have many more heavy drinkers at a young age who just don't make it through."

Dr Towers' research team had people in the 50-plus age range self-report on their drinking habits.

They chose this age range because research showed that what happened in that period – which was officially 'midlife' – had a great impact on health and wellbeing in later life, he said.

They then contacted independent researchers overseas who were measuring alcohol use with a similar method.

Finally, they were able to compare baby boomer drinking in New Zealand with that in eight other countries – England, the United States, China, Russia, Ghana, Mexico, South Africa and India.

With over 80 percent of New Zealand adults over 50 drinking alcohol, we are "neck and neck" with England, Dr Towers said.

Just over 50 percent of Chinese and just under 70 percent of Americans of the same age drink.

"Off the bat, more older adults in New Zealand drink than pretty much every other country in the study."

The frequency with which people drank varied widely across different countries, he said.

While a third of New Zealanders over 50 drank four or more days a week, the majority of Russians, Americans and Mexicans of the same age drank one or fewer days a week.

Older New Zealanders also had a tendency to drink, on average, much more at one time.

About a quarter of men in the 50+ bracket had five or more drinks in a session – "effectively a binge" –  he said.

"If we have a significant proportion of older men drinking that means pretty much a quarter of all older men are drinking at that serious level."

Dr Towers said he grew up being told moderate drinking was good for your health, but current research showed that was absolutely not the case.

"They used to say that moderate drinkers live longer and are healthier but that's not because of the alcohol. It's because people that drink moderately tend to be wealthier, they tend to have lifestyles that facilitate health – so it's not how much they're drinking, it's who is drinking.

"The older we get the less we're able to metabolise alcohol and the more likely it is we've got health conditions that alcohol can interfere with. Also, we're likelier to be on medications.

"As soon as you have a chronic condition like heart disease or diabetes – something related to alcohol use – you're increasing your risk of harm 'cause alcohol can interfere and exacerbate it."

Dr Towers said he was often accused of picking on older adults, but he hoped this research would reveal the commonly held misconception that alcohol abuse was a "youth issue".

Binge drinking was normalised in New Zealand when the 'six o'clock swill' was introduced at the end of World War I and not much had changed since, he said.

"We have a binge drinking culture – which we've perfected – and we've made alcohol freely available. The current baby boomer generation, they wrote the legislation and we've continued with that legislation.

"We now have generations that have learnt from their parents and grandparents that binge drinking is normal."