Did Sia stack up in concert? RNZ's Ellen Falconer tells us whether the Australian singer's warm-up acts outshone her stardom. 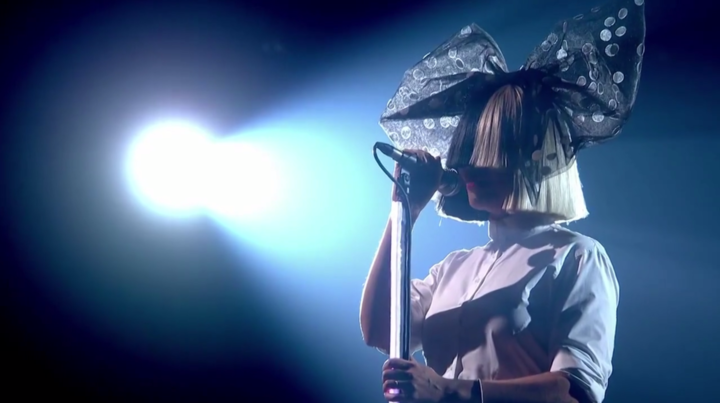 Sia has made a name for herself by writing anthemic pop songs designed for stadium sing-a-longs, so it was a shame that last night’s concert at Mt Smart stadium was only half full.

When Sia stepped on stage, in her trademark wig and oversized bow, her dancing mini-me Maddie Ziegler was the only one on stage with her.

She opened with ‘Alive’, and video screens on either side of the stage appeared to offer a closer view of the choreography, but it soon became apparent the video was pre-recorded in a studio. 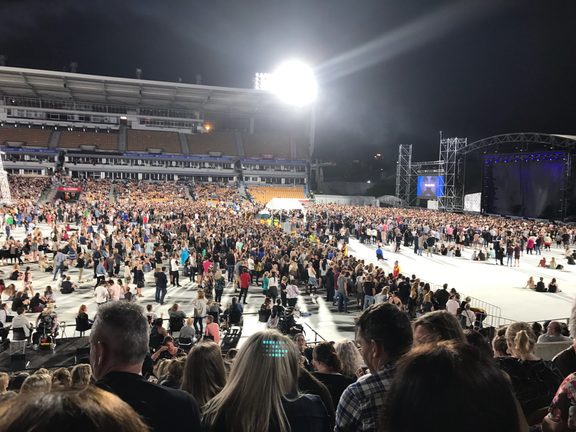 On screen, we saw actors Paul Dano, Kristen Wiig and Gabby Hoffman each take turns to stand in for a dancer on a song or two.

It was an interesting, fresh concept for a pop concert, but it probably would have been better suited to somewhere like Spark Arena rather than the half empty open-air stadium.

Sia gives so much of herself in her songs, writing about her past struggles with alcoholism, addiction and mental health.

Perhaps that is more than enough vulnerability for her, and explains the need for a wig, and for her dancers to take centre stage. She's always been upfront about how much she hates celebrity and performing, and her fans are very accepting of this.

The problem with such a staged performance meant that there was no room for spontaneity, or any deeper sense of Sia herself.

While it was an insightful peek into that brilliant, creative mind of hers, it meant that connection between the artist and the audience - which is often the best part about going to see live music - was missing. 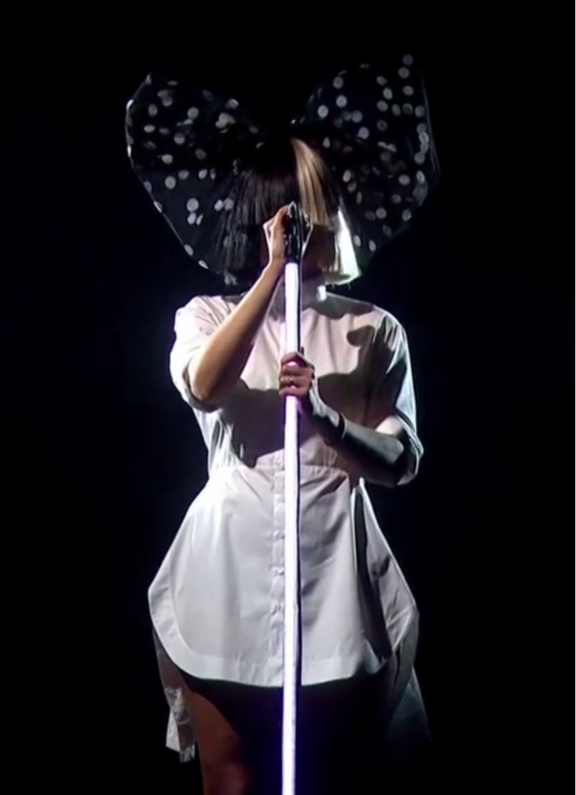 I felt bad for those seated in the stands at the far end of the stadium, who had essentially paid $100 to watch extended music videos on a large screen.

Sia’s incredible voice and songwriting ability was best heard early in the set during her rendition of ‘Diamonds’, a song she wrote for Rihanna.

On stage a dancer in a suit with a mosaic of mirror pieces stuck to his back created a disco-ball effect on the white screen at the back as he moved. For the song’s finale he opened his gloved hands, sending rays of light glittering across the stage.

‘Cheap Thrills’ was another highlight, and my favourite choreography of the night featured Maddie in oversized trousers dancing with the shadow of a hand that was projected on the back wall during ‘Soon We’ll be Found’.

All three artists are responsible for some of the biggest pop hits of the last five years (Sia’s ‘Chandelier’ has 1.7 billion YouTube views, MØ’s ‘Lean On’ with Major Lazer has 2.2bn views, and Charli XCX’s ‘Fancy’ with Iggy Azalea has 836 million) so I was hugely anticipating last night’s concert.

I missed Charli XCX (why is it always so hard to move around Mt Smart?), but found a spot on the field in time to catch MØ.

Despite having only one album to her name, MØ’s set was packed with bangers that would have been better suited for a dark club, but the Danish singer gave a strong performance that included earlier hits like ‘Pilgrim’, her Major Lazer collabs, and this year’s Snakehips cut, ‘Don’t Leave’.

Overall Sia's anthemic songs about overcoming hardship were strongest in the setting of Mt Smart, despite the half-full stadium.

She closed the evening with the trifecta of ‘Titanium’, ‘Chandelier’ and ‘The Greatest’.

In the end, it was MØ’s performance rather than Sia’s that has inspired me to dive deeper into her back catalogue today. Somebody bring her back for a headlining gig at the Powerstation, please.