Should snakes be allowed in zoos?

A complete ban on snakes in New Zealand, including in zoos, means people here are missing out on a chance to learn about the species, an Auckland zookeeper says.

The reptiles are banned entirely from the country for fear they'll harm our native species. 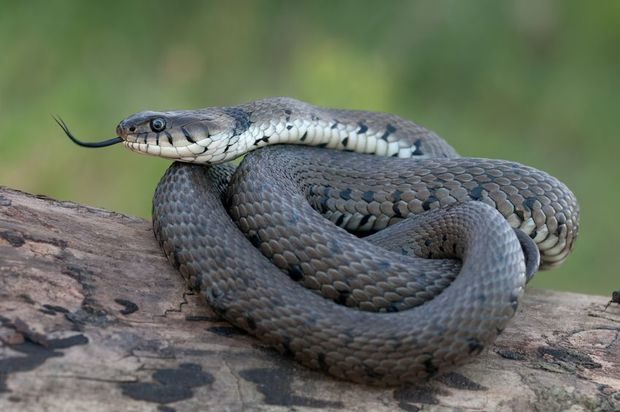 In fact, snakes are first on a list of species non grata that includes beavers, gerbils, the pocket gopher, the mole and the giant African snail.

But Auckland Zoo's curator of ectotherms and birds, Richard Gibson, said snakes have been unfairly singled out.

“I’m obviously pro-snake, I’m a snake-lover. I’d worked with snakes for 25 years on and off before I came to New Zealand and I can’t lie - they’re my favourite group of animals.”

It was a question of how they are kept and which species are kept, he said.

The HSNO Act (1996) is a list of hazardous substances and new organisms that may not be brought into New Zealand. Most of these can be reconsidered, but the ban on snakes is part of a law that pre-dates the Act.

“Snakes have got this special iconic status at the top of the list because of [a] pre-dating law that says they can’t be considered under any circumstances whatsoever," Gibson said. 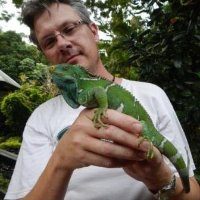 “I think snakes should be treated the same as any other wildlife.

No zoo would do anything to compromise native wildlife, he said.

“If a change was proposed we would be advocating very careful thought as to which species should be brought here.

"It’s very easy to choose species of snake that would pose no threat to anyone or anything and wouldn’t even survive in the wild.

"Snakes are ectothermic, or cold-blooded, and if you chose species that were strictly tropical in their natural distribution they certainly wouldn’t survive.”

It was almost a branding problem, he says.

“It’s really a matter of forgetting the word snake, and the negative connotations that they are unfairly tarnished with and just treating them as part of the animal biodiversity of the planet.”

Sharks too once suffered from an image problem, he said.

“I think it would be lovely to be able to set the record straight and see snakes have the image makeover that sharks have been enjoying to some extent.”