The child who inspired Winnie the Pooh

Ever wonder how AA Milne came up with the story of Winnie the Pooh? A new movie tells how one of the most popular children's book of all time was inspired by the toys of the author's son Christopher Robin. 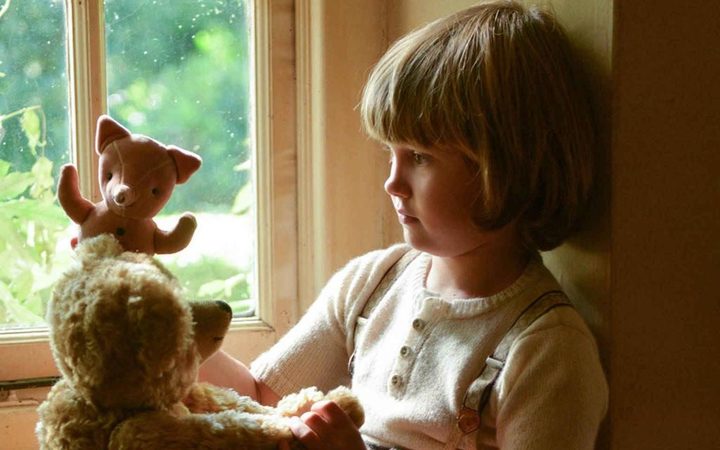 Goodbye Christopher Robin director Simon Curtis says he was a bit nervous taking on something as widely loved as the 1926 book, but it was a joy to give context to a story that means so much to so many people.

The stories behind the Winnie the Pooh characters comes as a delightful surprise even to those in England, Curtis says.

"I love watching it with an audience. When they decide to name Eeyore 'Eeyore' or the tiger 'Tigger' you can see the audience are sighing with pleasure."

Curtis hopes dads and children will see it together – not the very young, but from around age 10 and up.

A man now in his 80s took his 50-year-old son to see it and they were both in floods of tears, he says.

"We're probably in the fifth or the sixth generation of fathers who had the story read to them as children and are now reading it to their children."

AA Milne was traumatised after fighting in World War I so the film is poignant and emotional at times, he says.

"It's really a story of a father falling in love with the idea of being a father."

The actor who plays Christopher Robin as a child – nine-year-old Will Tilston, who had never acted previously – appeared at the end of a long nerve-wracking search, he says.

"The last time I cast a boy who'd never acted before his name was [Harry Potter actor] Daniel Radcliffe, though, so that gave me confidence."

"I think the message of the film is 'Put those smartphones down and pay attention to your family who are around you'. Because, as the nanny said in the film, you never know what's going to happen next."