The New Zealand Pregnancy Book: tips from the author.

Sue Pullon, GP and co-author of The New Zealand Pregnancy Book, has advice for expectant parents. 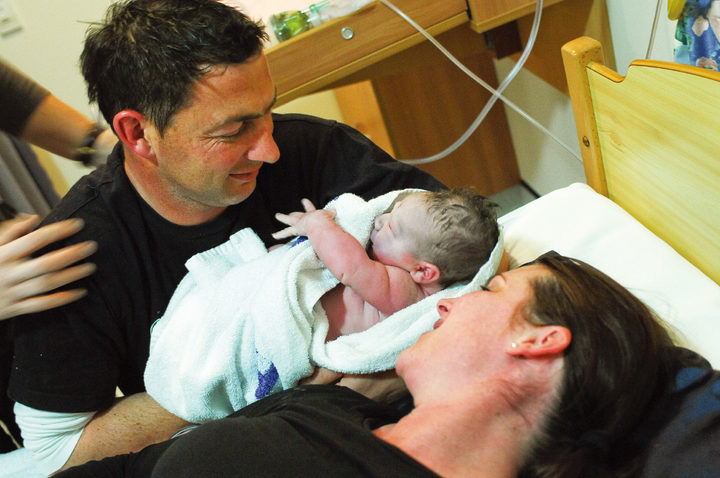 It's important to take plenty of folic acid – especially in the first 8-to-12 weeks – to help the development of the baby's spinal cord and brain, Sue says.

As it's important in the early stages, Sue recommends starting to take it if you're not using contraception and planning to get pregnant.

New Zealand women are also recommended to take iodine as our soil is naturally low in it.

Iron is sometimes recommended if a mother is unwell or carrying twins.

Otherwise, you should get what you need from a varied diet with plenty of fresh fruit and vegetables.

'Morning' is a myth as it's not unusual for expecting mothers to feel unwell 24-7, Sue says.

The most common time to start feeling unwell is at 6-to-8 weeks.

Most women – even those with severe morning sickness (Hyperemesis gravidarum) such as Kate Middleton had – are much more comfortable after 13 to 14 weeks, although sometimes medication is prescribed for that condition.

As far as nausea-beating foods, apples and pears get recommended, but crackers or toast with vegemite often works better, Sue says.

Ginger, Vitamin B6 tablets and acupuncture can help some women (something to consider if you've responded to acupuncture in the past).

The Sea-Band –  an acupressure band worn on the wrist – also help some women.

There's no truth to the idea that baby girls in utero lead to more morning sickness than baby boys, Sue says.

Current guidelines suggest no safe lower limit, so avoid it.

Drinking alcohol is more of a problem in the first trimester than the second or third.

Depending on the stage of pregnancy, one glass of wine is unlikely to cause a major problem, Sue says.

"If you've had that glass of wine, you can't wind the clock back, it's probably going to be fine."

Some women feel more comfortable slightly to one side and there's evidence suggesting left is better than right, Sue says.

You can also try a small pillow under the uterus.

To help you get to sleep, keep as active as you can during the day.

Listeria and salmonella both increase the risk of miscarriage or an infection around the baby, but they are really uncommon, Sue says.

A lot of the advice on foods to avoid is general and what's more important is how it's been stored.

If you are sure the ingredients are fresh, even homemade sushi can be low-risk, she says.

Sue recommends getting a rubella vaccination in advance of pregnancy, then flu and Boostrix (which protect against tetanus, diphtheria and whooping cough) vaccinations during pregnancy.

After the baby is born, get them vaccinated for whooping cough, she says.

"On balance, the evidence is that vaccination in our modern day and age where we all live crowded together has a lot more benefits than risks so I really encourage people to look at getting their baby vaccinated on time."

It's believed hormonal changes in the baby initiate labour rather than anything the mother does, Sue says.

"If you're otherwise fit and well and your midwife is happy with our blood pressure and other signs of good health, waiting a little bit longer is probably the right thing to do."

The placenta is only designed to work for 40 weeks, so if it's showing signs of not working so well, the baby is distressed or has stopped growing or the mother's blood pressure up it could be time to induce, Sue says.

Sue Pullon is Professor and Head of the Department of Primary Health Care and General Practice at Otago University and has been a practising GP for over 30 years. She co-authored The New Zealand Pregnancy Book with midwife Cheryl Benn.