Australian journalist and former Wallaby Peter FitzSimons is causing a stir in his home country by comparing it unfavourably with New Zealand.

In an article in Fairfax Media, Face the facts Australia - NZ is lapping us, he lists the various ways New Zealand is ahead of the neighbour that has often dismissed us as forever “1952”. 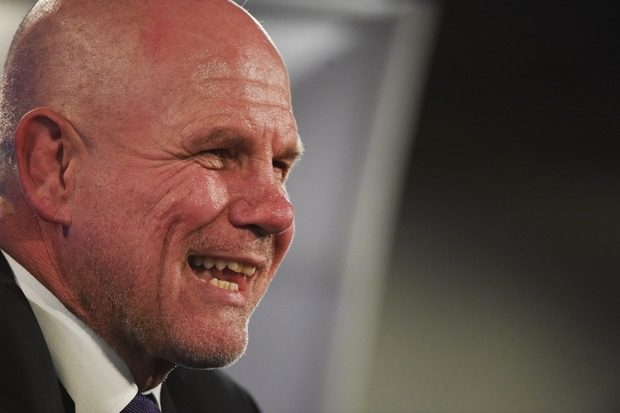 FitzSimons' article includes a frank – and embarrassingly long – list of areas in which New Zealand is light years ahead of Australia.

When he first visited 25 years ago, it was with an air of quiet superiority, he tells Jesse Mulligan.

“Many of us visiting thought it was just a bit charming to visit 1952, there you are. Now we look at it and go 'hang on, how come you've gone so far past us on so many social issues?'”

The National Anthem is one example, FitzSimons says.

“I love it when you sing the National Anthem and everybody sings lustily the first verse in Māori."

“I love going on Māori TV because of the provision in the Waitangi Treaty of 1840 that you'll respect the cultural values of the Māori people.

“I love that Jacinda Ardern talks about New Zealand becoming a Republic.”

It was two years ago in Auckland that FitzSimons realised just how far behind his country was.

"I was on stage at the Auckland Writers' Festival two years ago when I was being interviewed by Alison Mau and she said she was marrying her partner Karleen and 2,000 people stomped and cheered, and that was fascinating to me … Hang on, I'm from Australia. I'm meant to be more forward than you are, more sophisticated than you are.

“I'm coming from a country that doesn't yet have same-sex marriage."

The result of a plebiscite on same-sex marriage in Australia will be known on Wednesday, but then parliament will have its say.

“There are various nutters in the parliament who want to bring in really fierce legislation. If you were running a wedding cake shop and asked somebody 'Are you gay? Get that hell out of here', that would be discriminatory.

“But if two gay people came in and said 'We want to have a wedding' you could say 'You're both gays, I'm not helping you get married, get the hell out of here'.”

Australia has a long way to go with race relations, he says.

“There is a sense of inclusion, of we're all New Zealanders in this together, and when I am in New Zealand I don't ever see naked racism – I'm sure it exists, I'm sure it's there, but it's certainly not institutionalised.

"We had [AFL player] Adam Goodes Australian of the Year in 2015 and the racial vilification that he was subjected to for doing an Aboriginal war dance during an AFL game pretending to throw a spear was just staggering. We have a long way to go in reaching where New Zealand's up to on that front.”

The conservative voice in Australia is loud and a cabal of hard-right politicians are holding sway over the Coalition Government, he says.

"Malcolm Turnbull an avowed Republican, strong on same-sex marriage, strong on climate change. He was very strong on many progressive issues – a lot of people looked to him to say 'You're the person who can sort this out and move us forward'.”

But it hasn’t happened.

“There's a strong sense that the real Malcolm Turnbull can't stand up and scream from the roof top, ‘Yes, I love same sex marriage, I think it should begin immediately and I don't want to have a plebiscite'. The sense is he's somewhat held hostage by the far right of his party.”