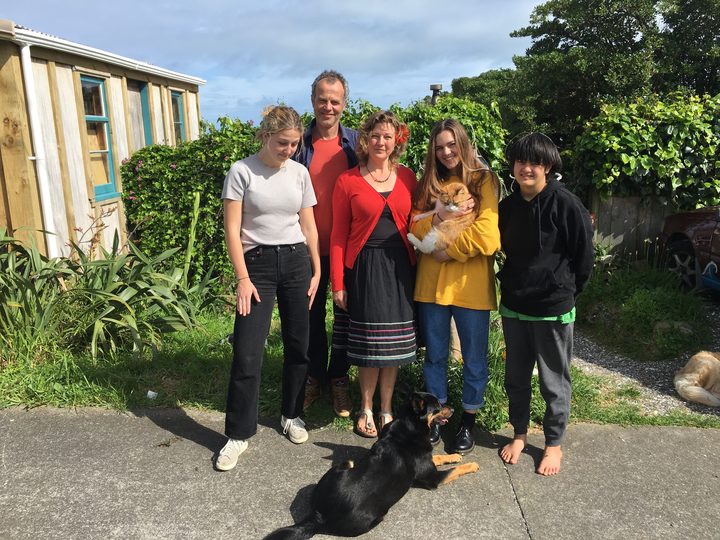 After attending a talk on zero-waste living, Rachel, who lives in Paekakariki, tried to do her first plastic-free grocery shop and hasn't looked back since.

One day in April, Rachel heard a talk given on The Rubbish Trip and was blown away.

She rushed home, unearthed some yoghurt and ice-cream containers and headed for the local Bin Inn, but halfway there she realised she'd forgotten the containers.

Refusing to give up, she detoured to PAK'nSAVE and managed to do an almost plastic-free shop there.

"I was shocked. That was what really tipped me over. I thought 'Hang on, this doesn't even require that much planning and foresight."

When she came home and told the kids, they were right on board, she says.

The money the family saves on not buying big blocks of cheese they now spend on gourmet cheeses – blue cheese, camembert and brie (which are wrapped in tin foil or paper).

Alternatives are everywhere if you keep your eyes open, Rachel says.

They now refuse potato chips and instead have popcorn you can buy in bulk.

Instead of buying yoghurt, they make it with an EasiYo bought from The Salvation Army for three dollars.

Baking powder is commonly used as cleaner and toothbrushes are now bamboo.

Rachel says the family have been shocked by how much less rubbish the eight of them are producing.

It used to be one bag a week, but they've only filled three in the last six months.

It doesn't long for the 5Rs to become automatic, she says.

"Just change a few things. You'd be surprised how hard this isn't."

As well as taking action at home, she recommends people take other small actions like sending quick emails to food producers:

"Hey, your product is great because it's wrapped in paper and we're buying it because of that."

You can follow the Benefield family's plastic-free journey and get some tips on how to do it yourself here.

Inside a zero-waste home

environment life and society
17 May 2017 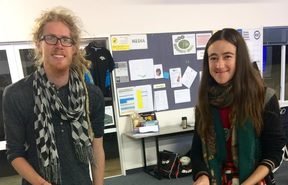 Liam Prince and Hannah Blumhardt have been living zero-waste in Wellington for over two years now. They send nothing to landfill, use no more than one wheelie bin for recycling a year and buy no… Audio

Listen duration 24′ :12″
Add to playlistPlaylist
Download
Inside a zero-waste home 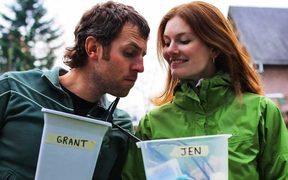 Canadians Grant Baldwin and Jen Rustemeyer recall their battle to swear off consumerism and produce the least amount of garbage in an entire year, as documented in their film The Clean Bin Project. Video, Audio