Writer Vaughan Rapatahana was born in Patea and now lives between Hong Kong, the Philippines and Morrinsville.

"I'm not really based in any one place. I find it very difficult to stand still."

He talks to Jesse Mulligan about his favourite books, music and movies. 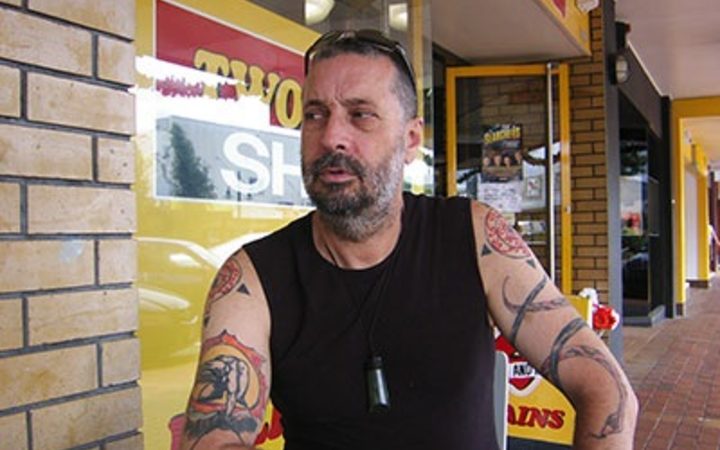 When Vaughan is in Morrinsville, he works with kids from early childhood to Year 10 as an RTLB (Resource Teacher: Learning and Behaviour).

In his own childhood, he attended the 13th birthday party of one Phil Goff.

"I remember distinctly he had bloody nice meringues there on the lounge table. And I remember eating a dozen of the 13 meringues. So thanks, Phil, for that. And good luck with the roads, mate..."

Vaughan is fluent in Tagalog (a regional language widely spoken in the Philippines) and also learnt to speak Bahasa Malaya while living in Brunei.

"Last century" Vaughan wrote a PhD on the English existentialist Colin Wilson, author of The Outsider (1956).

Colin – who he drank red wine with one night – was probably on the spectrum, he says.

"He was not so much antisocial but he existed in his own social vacuum."

Vaughan says that, like Colin, he's social if people come to him.

"The dog would be taken for walks both days, watch the rugby live if it's on… might go down the RSA, go out for a meal, talk with my wife."

Island of Shame by David Vine – "an American who writes about the American proclivity to put armed bases around the world."

"[The book covers] a huge ongoing problem that the western world probably doesn't know much about."

Between 1968 and 1973 Britain seized the Indian Ocean atoll of Diego Garcia from its traditional owners, the Chagosians, and loaned it to the US, who set up a military base there in 1971.

"It's very dated and horribly sexist, but at the time throwing the dice to make your next move appealed to a young person involved in existentialism."

"A fairly stark bleak movie, but well worth seeing."

Night of the Living Dead directed by George A. Romero (1968)

Vaughan remembers driving home with his wife in their old Morris Minor convertible after the film:

"I remember shaking in fear coming back along the motorway to our home in Papatoetoe, because it was really that frightening."

Pawn Stars (the only non-Filipino TV show he likes)

"Forget about the idiocy of the main protagonists. The actual items that are bought for sale at the Las Vegas store are very interesting. I find it quite fascinating to see what they are, their history and getting the expert history about them."

Listen out to "the sultry seductive sibilance of her sound." and also the quite pointed lyrics.

Single of the Year at the 1978 NZ Music Awards by a mostly Māori band from Morrinsville.

"This is their big hit… a good groove in this song."

An international hit originally sung in Tagalog and later translated into 26 languages.

Vaughan Rapatahana has been published in English and Te Reo. His work features in the Māori literary journal Oranui 3.