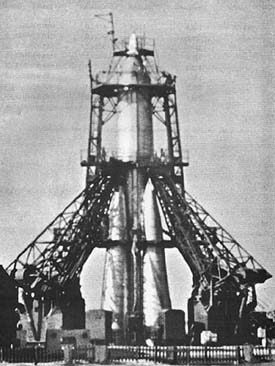 Today marks the 60th anniversary of the launch of Sputnik 1.

It was the world's first artificial satellite and though it only operated for 92 days and didn't carry any scientific equipment, it's launch triggered the 'Sputnik crisis' which in turn sparked the Space Race between the Soviet Union and America.