On the morning of 12 October 1917, 843 New Zealanders were killed in just a few hours near the rural Belgian village of Passchendaele. 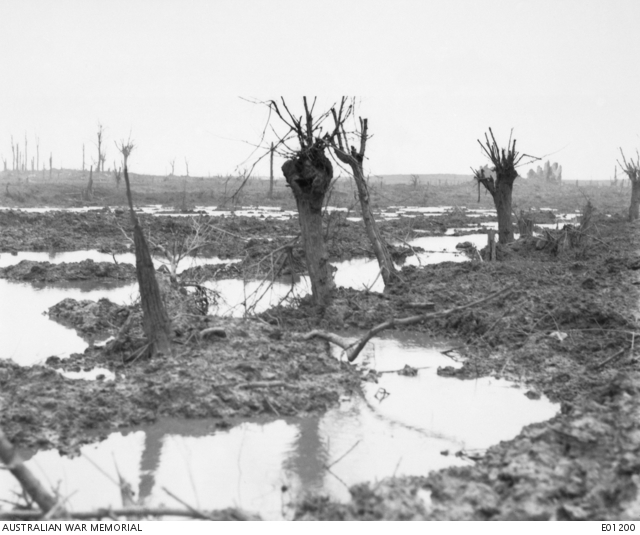 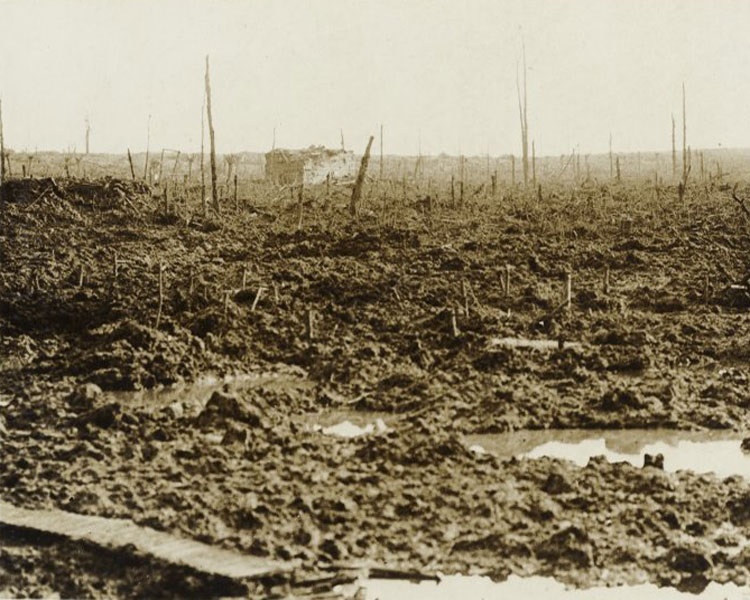 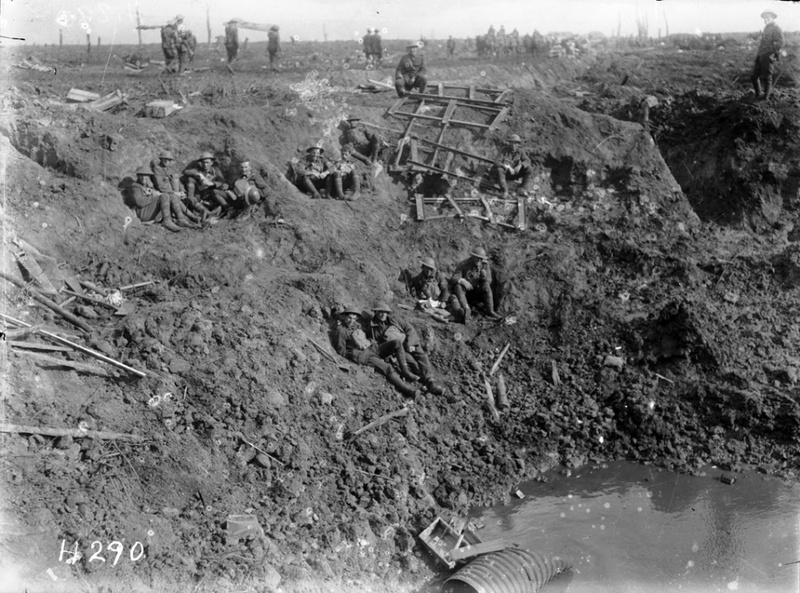 Many historians say it that because of the huge loss of life, 12 October should be our national war memorial day rather than ANZAC Day.

Passchendaele had been the scene of fighting for many months by 12 October 1917.

The area had been destroyed by months of shelling and was effectively a sea of mud, says Ngā Taonga Sound & Vision's Sarah Johnston.

"The trees are all just stumps, there are huge craters everywhere, it was a completely horrific scene."

The mud not only meant the New Zealand soldiers couldn't get supplies in very easily, they also couldn't fire with accuracy because the artillery was always sinking, she says.

Jim Warner was at Passchendaele on 4 October (eight days earlier) when over 300 New Zealanders were killed:

"There was nothing ever like it anywhere else in the world. That mud was absolutely terrible. I know of men who collapsed wounded, dropped… never seen again, disappeared into the mud, floundered into that and were gone. You couldn't do anything about it, nothing at all. Between our attack and the 12th it rained, it absolutely came down in torrents. It was already well soaked with terrain… It was deadly. They had tracks in some places. If you got off the track you were gone, you were never seen again. Oh, it was shocking."

John A Lee wrote regularly from the Western Front:

"The verdict of history is that the higher command did not know how impossible the bog was through which men were ordered to advance … The men were slaughtered as they climbed out of mud to try and pass the wire. This was not the fault of our artillery … Men were asked to advance against uncut wire in country that was waist-deep in mud. None could have succeeded under the circumstances."

John (JK) Moloney was charged with evacuating wounded men from Passchendaele the day after the 12 October battle:

"At dawn on the 13th, my CO woke me up and said 'You are to take a party of 400 men from the brigade with stretchers to evacuate the wounded'. He had tears in his eyes. 'They are slipping into the shell holes and drowning in the mud.' When I arrived with my party at Gravenstafel the scene was grim. The stretcher-bearers were bogged down by their burdens and sank to their armpits in the gluey mud. We'd sent for ropes and a party of Māori pioneers came up and began extricating the bearers by passing ropes under their shoulders and pulling them out like gaffed fish. These wounded, bogged down, had been carried from Waterloo farm a distance of some 1,100 yards and the bearers were in a state of extreme exhaustion. The Māoris at once stepped into the breach and carried the stretchers away – eight men to a team – to Spree Farm, a long, heartbreaking carry of some four to five hours. It was a scene of utter desolation, of great suffering, but of supreme courage."