Scottish comedian Kevin Bridges is well-known from TV show Would I Lie to You? and his stand-up appearances on Live at the Apollo.

He tells Jesse Mulligan that when he started in Glasgow as a 17-year-old he never imagined stand-up would take him to the other side of the world. 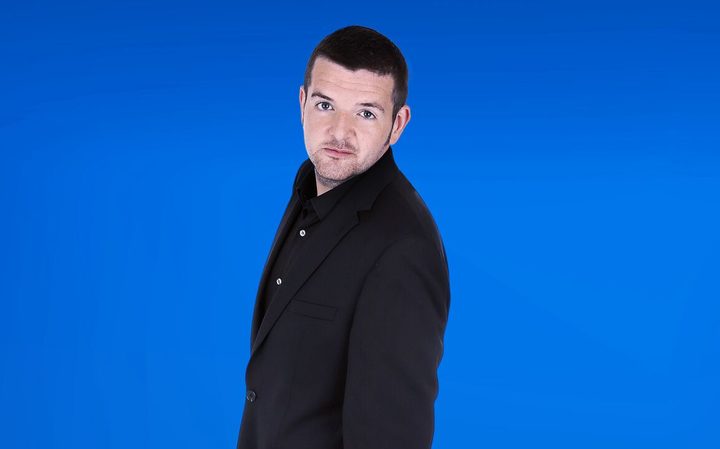 Bridges is from called Clydebank just outside of Glasgow and started in comedy fresh out of high school.

“I’d only just left school, you don’t really think about it too much. Doesn’t require too much guts, just being young and fearless.

“I’d always been quite funny in school and thought I’d do something positive with it because it had got me into so much trouble in school.”

A book by English comedian Frank Skinner changed his life, he says.

“I never knew there was a pathway into being somebody like Frank Skinner. I started over 13 years ago and hardly anybody knew standup, before there was a big boom in the UK.

“These days when I go back to open mic to try our new material there’s a lot of guys that don’t have any love for stand-up, you know? They just want to be on Big Brother or Britain’s Got Talent.”

When he started out there was no career plan, Bridges says.

“The generation I came through was just people working on material and they didn’t know where it was going to go, other than if I make this audience laugh, maybe the club will bring me back to make another audience laugh.”

His first gig in Glasgow was a very big deal.

“I planned what I was wanting to say, I got a bit of paper, I literally wrote ‘Hello and good evening’ on it!

“When I wrote that down I could picture myself speaking to an audience, and the rest just came because I was 17. I was talking about just stuff that I knew.”

Bridges was playing a club and underage so had to bring his dad along, which got him thinking.

His brand of comedy struck a chord.

“It was five minutes, then they said 'Can you come back and do ten minutes?' You start building your set. I was getting more contacts, more phone numbers, people saying 'Phone this guy'. Even going through to Edinburgh was exciting to me.

Comedy legend Billy Connolly is a big fan of Bridges.

“When you grow up in Scotland, Connolly was the guy you watch on Christmas Day when your whole family’s over.

“I remember being 7 or 8 years old and I never knew who the guy was, just this guy with long hair. I never understood the jokes, just that’s the guy that makes everybody happy, my whole family are laughing.

“He created standup in my opinion, the first guy to go on with no gimmick, just speaking, and he’s hilarious.”

Bridges’ career took off at a fertile time for comedy in the UK.

“I used to perform at the Comedy Store in London and the line-up would be me, Michael McIntyre – this was just a comedy club lineup – Micky Flanagan, Sarah Millican... there’s four or five people who are massive now, who would sell out arenas in their own name.

“At the time I was coming through, everybody I knew on the club circuit got a break.”