Origin of the specious: America’s problem with facts 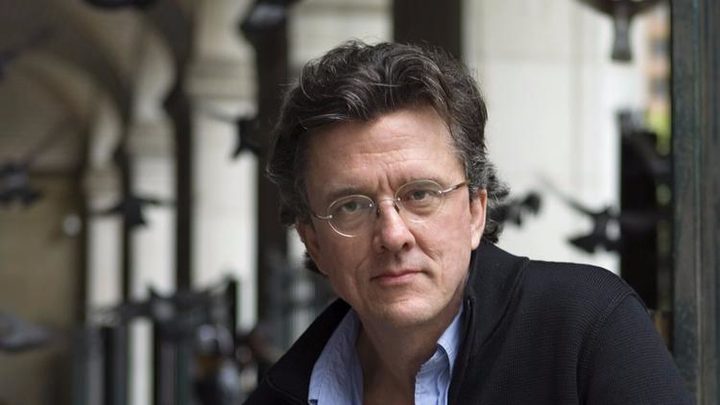 The idea held by some Americans that one can simply choose to consider beliefs or opinions as facts goes back long before 'fake news', argues writer and SPY magazine co-founder Kurt Andersen.

When George W Bush was about to be re-elected in 2002, Andersen's ears pricked up at what Bush's senior advisor and Deputy Chief of Staff and "mastermind" Karl Rove told the New York Times.

Andersen began to realise blatant falsehood in the media wasn't just an interest of his, but something with serious consequences.

Yet at the time this didn't seem like the marker of a "new paradigm in politics" we've seen with Trump, he says.

"It was as though this Trump administration came along and proved everything that I'd spent the last years writing."

The current American condition has its origins with the "two groups of people from England" who created what became the United States, Andersen says.

"One, some Puritan zealots who wanted to create their own theocracy in the new world, and did so. And the others, further south, who had convinced themselves or been convinced by 17th-century advertising that they could find gold and get rich overnight by coming to the new world. And they failed to – the gold-seekers – but kept coming and dying for 20 years before they decided 'Meh, maybe not'.

Many of America's founders were people driven by passionate, supernatural beliefs, he says.

"Combine that with a giant country where everybody could go to pursue whatever version of reality they wanted and a 'buyer beware' freedom to sell anybody anything you wanted."

Protestantism was invented as a rejection of a top-down Catholic hierarchy and the early American Puritans were even more fervently anti-establishment, he says.

"Then the ones who were outraged and committed to their supernatural and their theocratic visions, they came to the new world… that intense anti-establishment, anti-expert feeling was deep in the authorship of this country."

For a few hundred years "excessive freedom of thought was kept in check" until it reappeared with a vengeance in recent decades, Andersen says.

Then two things happened in the 1960s.

On one hand, the "establishment" was suddenly discredited and stigmatised with the rise of extreme relativism.

"[The belief that] my western way of understanding the world, or reason, or science – those are not superior to "primitive ways" or magical ways and, indeed, may be inferior to them. And what we heretofore have called mental illness – that's not mental illness, that's just a different way of seeing the world."

The idea that people could believe whatever they wanted to believe became part of "respectable opinion", Andersen says.

At the same time, American Protestantism took a turn to the 'supernatural', with the rise of speaking in tongues, faith healing and the belief God could speak directly to the individual.

"All these things that had been fading in the developed world suddenly came back with a vengeance in the 1960s."

The 2016 US election was confusing because we saw less a division between left and right than a division between people who lean into empirical reality and others who say 'No, screw it. I wanna believe whatever I want to believe', Andersen says.

When Donald Trump became president – "this extraordinary purveyor of falsehoods, some of them lies, some of them things he believes" – Andersen was incredulous that his extreme and reckless disregard for facts and truth wasn't affected.

"That surprised me. Yes, he was an exaggerator and a bully … but I am shocked, I really am. I have been shocked to see that even as President of the United States he hasn't moderated that a bit.