Critter of the Week - The Hochstetter Frog

All are small, nocturnal, and are hard to see as they camouflage themselves well. Three of our species live on land in shady, moist forested areas, and one is semi-aquatic, living on stream edges. They are also different from frogs elsewhere in the world because they they have no external eardrum, they have round rahter than slit pupils in their eyes, they don;'t croak much and they don't have a tadpole stage!

The Hochstetter’s froglets hatch out of an egg but have an aquatic lifestyle.

Nicola Toki, DoC's endangered species ambassador tells us all about the Hochtetter's frog. 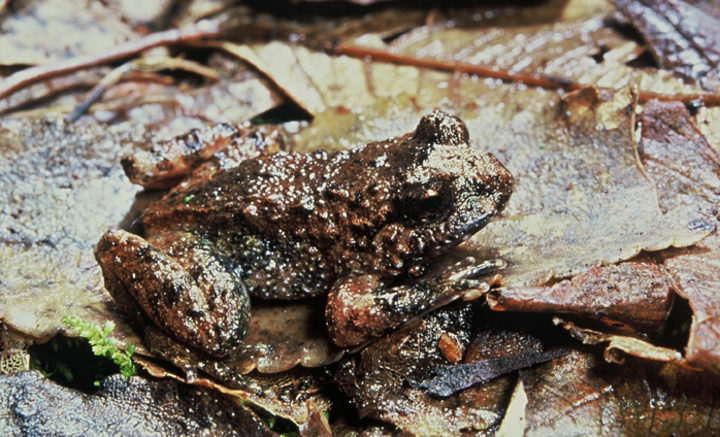