Zoe Quinn: 'Why are we calling death threats ‘trolling’?' 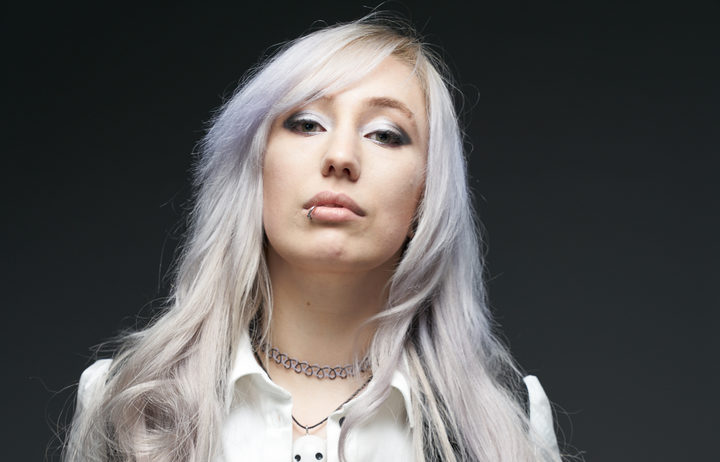 Zoë Quinn describes the internet as her home. She found a community there as a troubled teen, then made a career as a game developer.

But in 2014, Quinn became the target of one of the most vicious online harassment campaigns in history – GamerGate – after her ex-boyfriend posted a hateful blog entry.

Now she helps others on the receiving end of online abuse.

Zoe grew up as a "geographically isolated nerd" equal parts lonely, curious and into games, she says.

Often there can only be one 'the girl' in any sort of nerd scene, which breeds competition between women, so growing up, she lashed out at other girls online herself to show she was cool and tough.

After Quinn's "pretty abusive and crappy" relationship with Eron Gjoni ended in 2014, he posted the 9,000-word "manifesto" about their relationship.

The piece had been carefully designed for maximum drama and impact, Quinn says.

"If he couldn't control me himself anymore he wanted to offload that to the internet at large."

Before Quinn even knew about the blog post, she'd received rape and death threats, she says.

Later, her online accounts were hacked, the home addresses of her and her father were shared so she couldn't safely stay at home.

"It got so out of hand because it capitalised on any background resentment of anybody that was perceived as an outsider or the other - which usually meant women, people of colour, trans people, queer people, you name it."

People projected on to Quinn whatever they wanted, she says.

When Quinn discovered police were failing to recognise she was under real threat, she started the Crash Override Network for people experiencing online abuse.

"I'm the person whose lap this fell into and I couldn't pretend to ignore it."

More policing of online abuse wouldn't solve the problem as the laws are there for punishment, not protection, she says.

What she believes would help is taking down the key support structures that allow online abuse to escalate, which include information brokers who buy and sell data on people and enable privacy violations.

The internet runs on an economy of attention where clicks equal value.

Hate groups gathering on a platform can make it a more attractive prospect to advertisers so the major players in tech put off taking action to better moderate their platforms, Quinn says.

"Am I gonna find out that they read and saw all this weird made-up crap about me circulated on the internet and they believe it? Would they even be on my side? Would they be smart enough - if I give them my phone number - not to actually leak that and I'll be in danger again?"

The absurd elements of Quinn's story - such as American actor Adam Baldwin getting credit for the name Gamergate - can be isolating, she says.

"How do you tell that to someone with a straight face?"

Yet she refuses to live in a bubble.

"It's not like I can pretend this didn't happen so I might as well be open about it.

"The initial spirit of this, of driving me out and keeping me silent and making go away if not making me die, I don't want to give that to the people that started this so I've just dug my heels in and fight back."

She now teaches young girls how to code.

"If I'm going to say 'Making games is great, come do this', I better well mean it and I better well try to make sure by the time they're my age they don't have to deal with this crap anymore."

Zoë​ Quinn is the author of Crash Override: How Gamergate (Nearly) Destroyed My Life, and How We Can Win the Fight Against Online Hate.