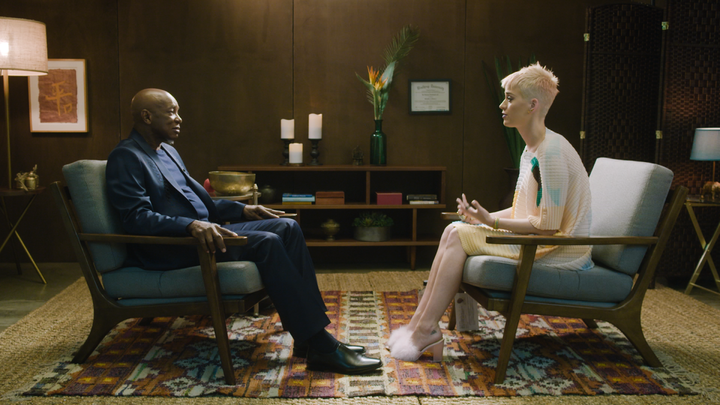 Still from the Viceland show, The Therapist Photo: Sky TV

Musicians talk about loss, love and delve into the truths behind their public personas and music with Dr Singh.

So how does he get them to open up?

While his guests are often guarded at the beginning of their sessions, and are concerned about their careers and getting ‘psychologically naked’, Dr Singh says they tend to relax as time goes on.

“Each session I’ve had, invariably they give me the feedback they really enjoyed it and that they got something out of it.”

He says people come on the show for different reasons, including US popstar Katy Perry, who he says wanted to be more vulnerable and let her fans get to know her better.

Others have been on the show for actual assistance - although in a very theatrical way.

Dr Singh says there’s a tendency for people to put up personas during therapy sessions, and it’s his responsibility to work through that.

“I induce a space that’s safe enough where they become unguarded in their self-disclosures, [and] are very honest and genuine.”