Entomologists across Europe have become increasingly concerned about a declining number of bug splats on windscreens. 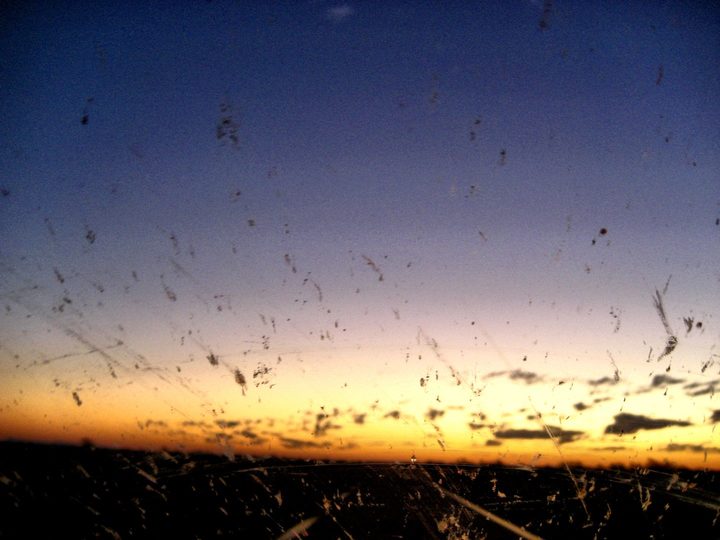 The fall in insect numbers in the UK means motorists are noticing that their windscreens are clear of squashed flies, gnats, moths and wasps.

And the lack of bug-splattered cars is not just confined to the northern hemisphere.

Whanganui Regional Museum curator of natural history Mike Dickison told Afternoons with Jesse Mulligan he remembers going on long car rides as a child and when they stopped at a petrol station the radiator would be plastered with bees and flies.

“Birds would learn about this [and] hang around petrol stations and come and pick insects out of radiators - it was such a reliable source of food,” Dickison says.

“But then I [go] on some drives today and I don’t remember seeing the same sort of effect.”

This could be because cars are more streamlined now, and also with more vehicles on the road each one would be collecting proportional fewer insects, Dickison says.

“So you have to be a bit cautious about using car windshields as a scientific measuring tool over decades. But the fact that a lot of people are noticing this suggests there’s something going on.”

Dickison says in Europe the science backs up the bug-splattered anecdotal evidence that insect numbers are in decline.

Scientists in Germany who have monitored particular areas since 1989 have counted a huge drop in insect numbers, at least 45 percent down in some places and up to 80 percent in others over the 28 years.

He says in New Zealand most people are worried about honey bees but there are hundreds of other species of bees and flies that are important for pollinating crops.

“This is a big worry because the habitats that they like, which is usually mixed native forest, [are] getting less common to find on farmland.

“So we are quite dependent on our native insect diversity, not just our introduced ones. And if we’re going to have to start to bring in colonies of bees to do all our pollinating for us then that is going to start to get expensive and difficult.”

And if the flies disappear, so will the native birds we love so much, Dickison says.

The increase in farms converting to intensive dairying in New Zealand leads to a monoculture developing, which has the biggest effect on the diversity and number of native insects as native plant numbers decline, he says.

Other factors include pollution, urbanisation, de-forestation and pesticide use.

“So it’s not surprising that we’re seeing fewer of our native insects being splattered across windshields.”

New Zealand does not have the decades-long studies that are needed to understand and measure insect decline, and the government needs to get involved, Dickison says.

“If we don’t have that it is really hard to know if we are actually seeing a real change in our native insects.”

But he said there were some pretty simple ways to help give native insects a leg up, including leaving grass verges unmowed, not cutting down shelterbelts, allowing pockets of native bush in farmland gullies to regenerate and riverside planting.