Two of his languages – originally created for George R.R. Martin's fantasy novel series A Song of Ice and Fire – can be heard in the HBO series Game of Thrones.

Dothraki, which is spoken by warrior horsemen and Valyrian, the language of the Valyrian Peninsula each have a vast vocabulary and their own grammatical structure. 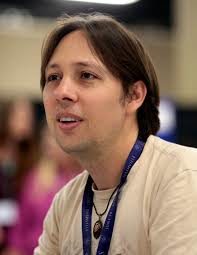 Peterson, who has invented new languages for more than 10 movies and TV series, won a competition to create a language for Game of Thrones.

There was no cap on the amount of material that entrants could provide, and Peterson created 1700 words in about six weeks, eventually presenting 300 pages of material to the producers.

"I had to start there to make sure that what I was creating matched exactly what he had created in the books.

"I wanted to make it look like the language existed first and he simply drew from it."

To create the language, it was essential to consider the culture from which it would have come, Peterson says.

"In Dothraki, they don't have a writing system, so if you ask what their word for book is, well it doesn't really make sense - why would they have books if they don't have writing?

"If you were to just kind of callously create a word for book like that, you would be automatically inventing a culture that didn't match with what George R.R. Martin had created.

"You have to take that stuff into account, otherwise what you're going to end up doing is just replicating your own culture."

Dothraki have a somewhat insular culture, keeping to themselves and not assimilating with others, he says.

"One of their practices is they go and they sack other cultures and take the statues of their deities and bring them back to their city… and put them on display as defeated gods.

"As a result, they have words for stuff they do in their lives, but for things they don't respect or encounter, they have borrowings, but they don't really become a part of their language.

"Lots of words for their hunting practices, the types of flora and fauna they encounter and their own lifestyle."

Geore R.R. Martin is pleased with the languages he has created, Peterson says.

"He likes the fact that now, if he needs to come up with translations for things, he can just ask me for them, or even just use my materials and come up with them on his own.

"I always give him up-to-date versions of my languages… I've worked with him in the past to come up with translations for things, but he's actually able to use everything I've got on his own and he produces grammatically correct forms, which is not something that everybody can do.

Peterson first became immersed in the study of languages as a teenager.

"I started studying as many as I could, either on my own or in school.

He's now studied more than 20 official languages and says he has yet to come across one that doesn't captivate him.

A little bit of te reo even made it into Game of Thrones' first episode.

"I wasn't actually sure what Jason Momoa was saying… I think it was a fan on Reddit that pointed it out that what he was saying was 'i te waka'… it's part of Māori haka I believe. It means something like 'to the canoe'.

Even closely related languages such as te reo Māori and Hawaiian have subtle differences, he says.

"There's something familiar about all languages, something very human about them, but the way that each language structures its grammar… it's always different in a very interesting way.

"With 6000 or so languages on the planet, it's a study which cannot be exhausted."