It used to be stealing a ball point pen from the stationery cabinet, but now there's a new form of employee theft called 'cyberloafing'.

It involves stealing company time by checking your social media, answering personal emails and doing a bit of online shopping. 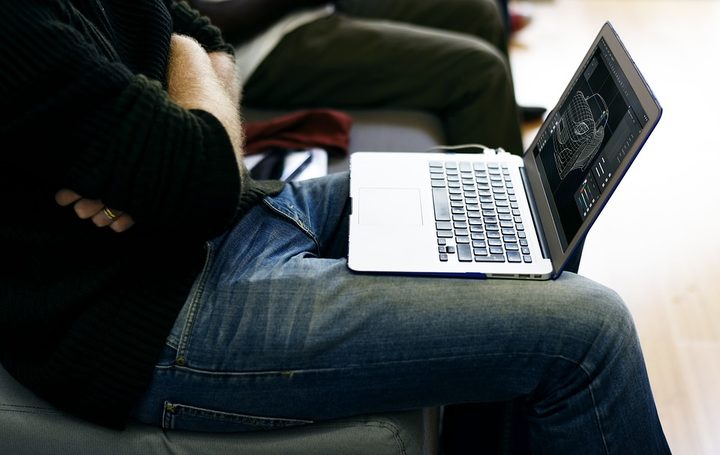 Dr Rachel Grieve is a senior lecturer in Psychology at the University of Tasmania and recently carried out a study which looked at the workplace behaviour of 300 employees.

Participants were also asked about their personality traits.

"What we found was that higher levels of all of those characteristics actually predicted whether or not someone was going to cyberloaf at work."

The study found people with higher levels of psychopathy and narcissism were much more likely to think that they could get away with more while at work.

"Consequently they were much more likely to engage in cyberloafing."

Often the offenders didn't feel the same levels of guilt or remorse as a normal person might, and saw cyberloafing as a way to get revenge on their bosses.

While everybody tends to display some of the traits sometimes, Dr Grieve said around one in 20 people had high levels of those traits all the time.

"For these people we're talking about quite extensive cyberloafing, you know possibly doing things that might actually put an employer at risk in terms of accessing certain websites, or potentially getting viruses on the internet for their workplace."

But it's not all bad news for employers, Dr Grieve says sometimes taking time out from work can have its benefits.

"In the case of internet banking for example, you would be able to do that quickly rather than having to head out to the bank and potentially be late back to work."

Using social media while at work also had the potential to make workers feel more relaxed and refreshed, and therefore more productive.

With many employers now increasingly expected to be available for emails and calls out of hours, Dr Gieve says it's important to remember that staff may want to take a few minutes out of their day to make up for that time.

Having carried out early investigations into cyberloafing, Dr Grieve says she would now like to find out the extent to which cyberloafing could act restoratively within the day.

There are some existing measures to determine the traits more prone to cyberloafing, which Dr Grieve says some employers do use during their recruitment processes.

"It's not just cyberloafing that are the negative kinds of behaviours associated with these traits, so things like bullying, manipulating others in the work place, not really caring who you hurt on the way to the top.

"So not having these people in your work place is definitely a good idea."