Is the pursuit of happiness making us depressed?

In the west, the high value we place on happiness leads us to see sadness as a failure – and because sadness is inevitable we end up depressed, says social psychologist Brock Bastian. 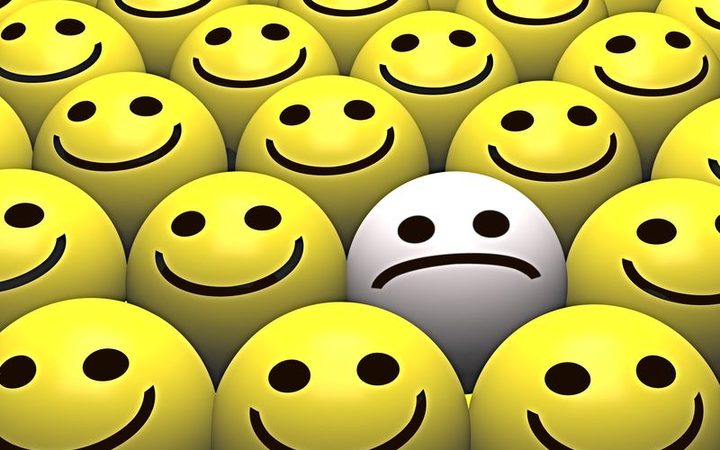 Two factors contributing to the significantly higher depression rates we have in the west are the value we place on happiness and our discomfort with negative emotions, Bastian says.

Easterners, by contrast, have more a notion of the yin and yang – an expectation that life is sadness intertwined with happiness – which influences how people experience their emotional states, Brock says.

In the west, we see happiness and sadness as counterproductive to each other, i.e. "If I want to experience happiness then I need to avoid sadness", and in the resulting dichotomy there's an even higher value on happiness and even less acceptance of negative emotions, he says.

"We place a great deal of emphasis on feeling happy, on pursuing feelings of happiness. We also assess ourselves on whether or not we do feel those feelings we expect to feel, of happiness."

Yet the idea that happiness is an end state isn't productive and making it a goal can ironically push us further away from it.

We would benefit from a more integrated view which recognises happiness can sometimes involve difficult experiences, says Brock.

"Our negative emotions are there for a reason. They're not a glitch of human nature, they serve us well, and there's value in them."

When we experience other-than-positive feelings we tend to search for meaning, which leads us to establish more meaning in our lives, he says.

And sharing difficult experiences can bring people together.

"People tend to reach out each other, tend to build stronger bonds together."

Unsurprisingly, the way we use social media doesn't help us become any stronger emotionally.

Even if we know that our friends and people we follow aren't really living dream lives, social media can still leave us hankering for an idealised life of our own, Brock says.

"When we naturally and inevitably experience setbacks, failures, pain, unhappiness in life, we respond badly to those experiences because we feel like, in a sense, we're going through something that other people don't go through, or we're going through something which is making it harder for us to be as happy as what we see other people around us portraying themselves to be."

Brock would like to see the social and cultural factors that can influence depression given more attention.

"Whilst [individual treatment for depression – medication and psychotherapy] should be continued and people should definitely seek them out, it's starting a conversation about whether we could understand more broadly how our cultural values could be setting us up for failure in this respect."